What's in a Name: Scribbled Ink

I'll tell you what: there's more to a blog name than what one might assume. 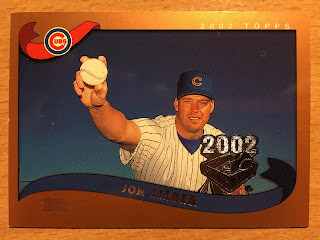 I changed mine from Waiting 'til Next Year to Eamus Catuli! on November 14th of last year and I immediately went into a blogging funk.

I feel like both names were fairly creative and if nothing else, very meaningful. 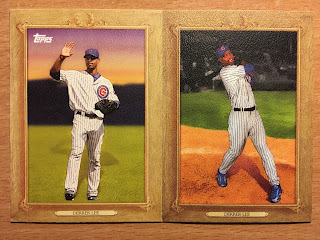 Cubs fans had been waiting 100+ for a world championship... so Waiting 'til Next Year fit really well. Cub fans were always waiting for the next season. 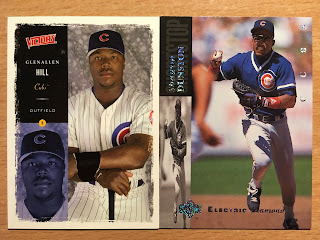 Eamus Catuli is loosely translated to Let's Go Cubs!  This blog name change served as a tip of the cap to the sign on Sheffield Avenue which keeps track of the seasons between major Cubs winning milestones, like the World Series. 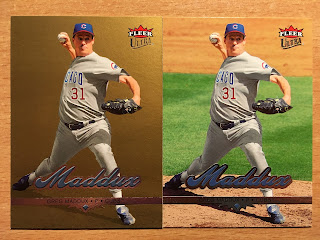 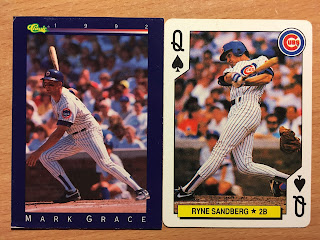 Waiting 'til Next Year was averaging about 192 posts a year for the previous four years. Not too shabby a pace, but one I could keep up with comfortably.  Eamus Catuli was only around for 50 weeks, but 91 posts was really coming up short. Those posts? Many felt like a chore to churn out. 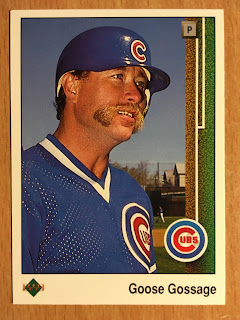 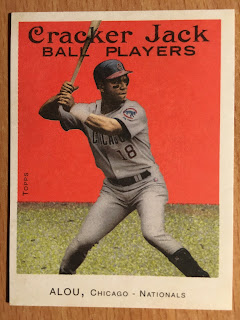 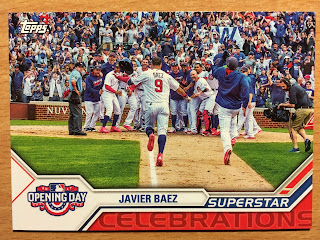 Yeah, I'm just more comfortable with Waiting 'til Next Year, as a blog title and ... well... literally waiting for the next year as stated in a recent post. 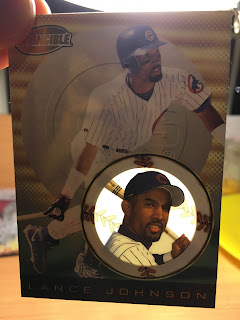 So when Paul changed the name of his blog to Scribbled Ink I was on board immediately. The name works really well for a guy who loves the TTM game. (TTM = autograph through the mail)
I hope he's happy with the change, because I think it works really well. 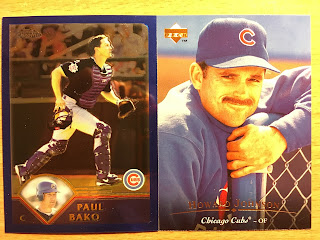 For the record, all the cards in this post are from Paul. He sent over 250+ Cubs cards my way. 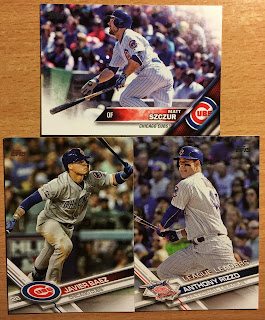 Including new cards for my Kerry Wood player collection.  This one is numbered to /250 and is uncirculated! 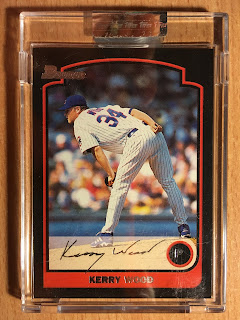 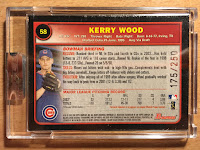 Many repeats to my collection, but a couple of new ones, too! 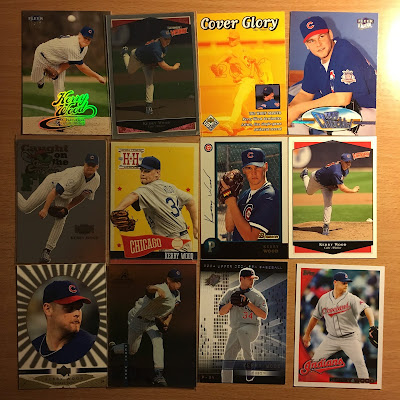 Relic card!  This one would look good with an auto to the right of Kerry's head.  I may have to see what I can do about that at the Cubs Convention in January! 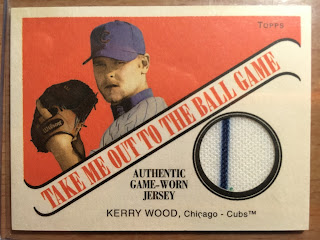 And a new card for my Ryne Sandberg collection.  Very nice! 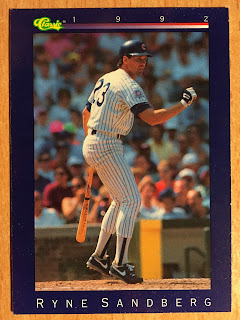 Plus, since I've spent most of my cardboard resources acquiring Dan Vogelbach cards this year I've been missing out on new releases. Paul helped me out a ton as you can see! 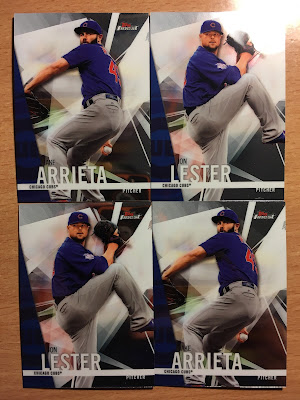 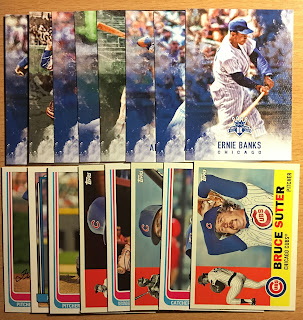 Diamond Kinds and Archives are above. The Bruce Sutter card is on top because it was one of my Top 5 Most Wanted Cards. There was actually two of this card in the package. Awesome! 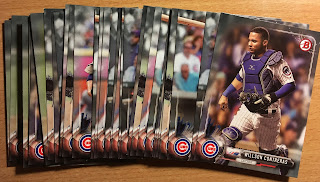 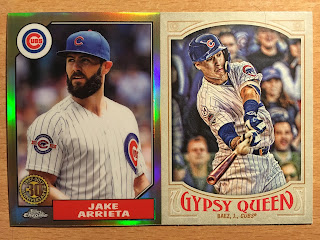 Topps loves them some 1987 designs. I wonder if they can make it another five years before they bring the design back for the 35th anniversary?

Oh, and to top it all off, Paul included a bunch of early 80's cards, which filled many holes in my Cubs collection. 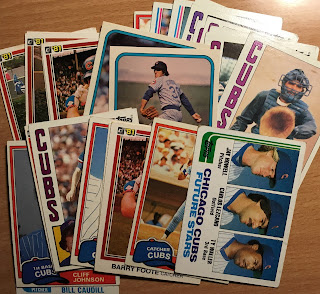 In this case... generosity. Paul's a solid dude and an excellent trader. All of the cards in this post and a plethora of other Cubs mojo came within a well-packed shoe box. How cool is that?  It was like reliving my youth all over again. Thanks for the cards, Paul!