No Cardboard, but Hardware!

On Saturday my baseball team played in the Regional Championship against the #1 seeded team, who had one the last three regional titles and earned a fourth place finish in the state tournament last year. Needless to say, we were the underdogs. 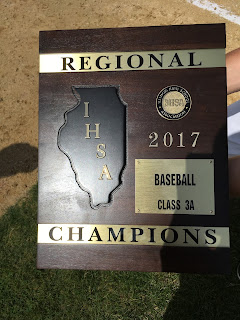 We fell behind early, in part to some shaky defense, but we rallied, wound up turning three double plays and came out on top, 4-2. 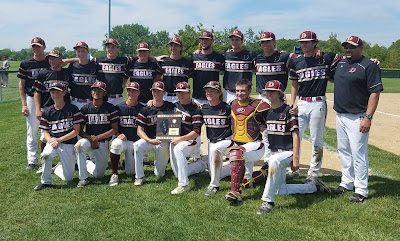 It's a great group of guys, and their personalities are all over the map, but they do have a few things in common: working hard, having fun, and love for the game. They are an easy group of guys to coach and I am very proud of them.

Winning the Regional Championship was kind of a big deal, as it was our first since 2009. The head coach, featured in the video below, didn't take over the program until 2011 and this is only my second year with the varsity team. All of the players were still in elementary school eight years ago.  So, yes, some celebrating was in order!


After the big game I headed north to my in-laws, which gave me an opportunity to visit the Jewel-Osco chain of grocery stores. 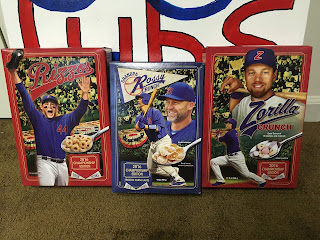 I came home with twelve boxes of Cubs-centric cereal and have already distributed half of those to my friends in P-town. Three will stay in my collection and the other three will be shipped out east to another fellow Cubs fan.

While up north my wife and I went out on the Kankakee River with our stand-up paddleboards. The river was a little high and it moved a little quicker than what we're used to. 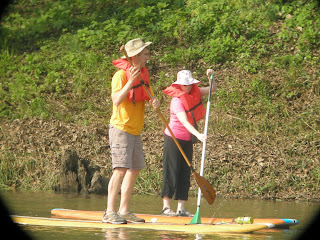 We saw Laura's dad along the side of the river shortly after we put in. Coincidentally, he was birding in the area and he had been watching us for some time in his scope. I guess we were more interesting than the birds! 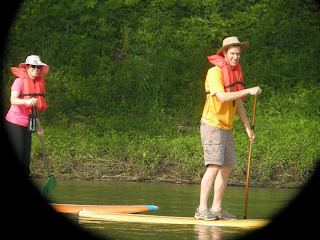 We typically don't wear our life jackets, but we had a conversation the night with Laura's parents before about how rough the river was this time of year. I'm glad we had them on when we passed her dad!  We went about nine miles on the boards and saw two fawn, four turtles, numerous fish, and a water snake.  Good times and good exercise!

Today I have two baseball practices. One practice is for my spring baseball team as we get ready for the sectional contest tomorrow evening. I'm getting pretty excited for that game... we're on an eight game winning streak and only need three more victories to reach the final four in the state tournament. Wish us luck!  The other practice is for the summer team, which is made up mostly of sophomores and a few juniors, who will be trying out for the varsity squad next spring. 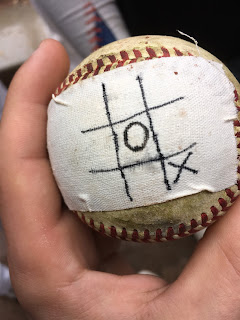 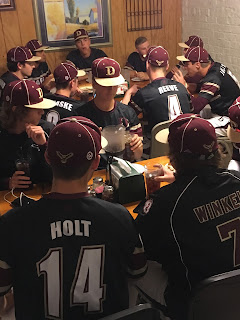 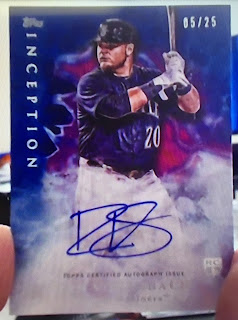 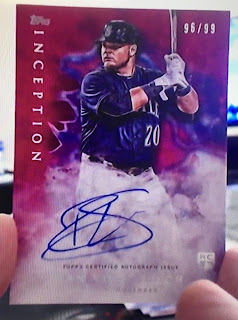 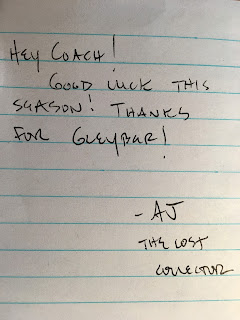 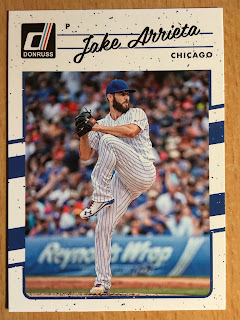 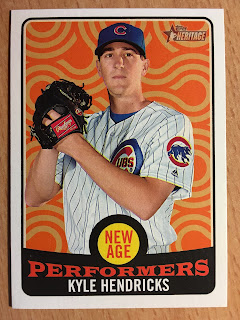 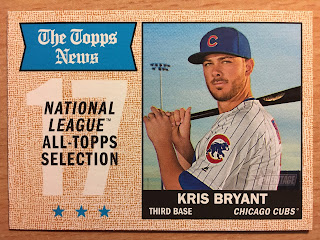