Gone Dark, but Active As Ever

It seems as though packages from Wes, also known as JBF, are popping up on blogs all over the place as of late. WILLINGHAMMER RISING is coming up on its third full month of going dark, but Wes can be seen active on Twitter and is still giving post office workers in Hazel Green a little extra job security.

I received this trade package late last week from Wes and, naturally, it packed a punch.

Might as well start this display of cards off with some autos, because the whole package was like hitting the jackpot. 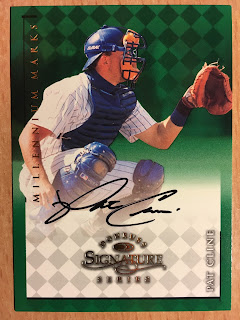 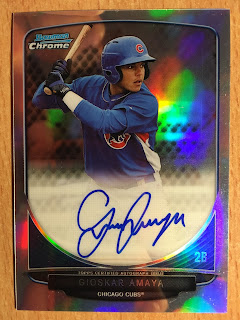 Pat Cline and Gioskar Amaya are a couple of failed catching prospects for the Cubs. I know the card for Amaya says "2B," but that was before the Cubs tried him out behind the dish. The Cline is a numbered green parallel and the Amaya is the refractor auto.  Yeah...  Wes says, "Go hard, or go home!" 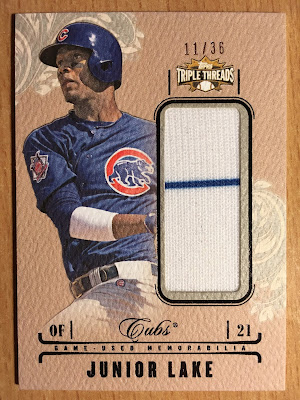 You don't often see a horizontal stripe and I'm not sure why that is. Triple Threads is another one of those products that doesn't hardly visit my collection unless it comes from Wes. 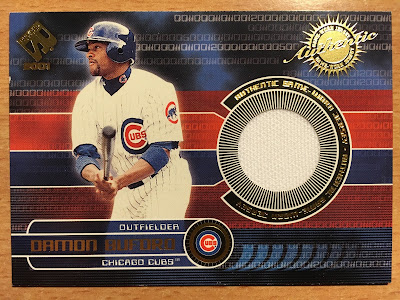 I actually looked to see if Wrigley Wax had a Damon Buford relic card. He has a nice (and apparently very complete) collection of relic cards of players donning the Cubs uniform.  WW already has a Buford relic, so I'm keeping this one! 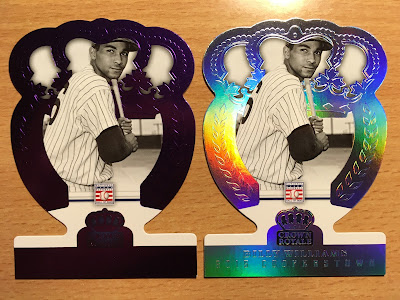 I missed the boat on Panini Cooperstown, which is sad because I started a Hall of Fame binder recently. If I could track down a non-auto base lot on Ebay for a decent price I would surely hit the Buy It Now button. These Billy Williams die-cut cards are really snazzy looking. The one on the left is the purple parallel and has a low serial number... you know, because that's what Wes does. 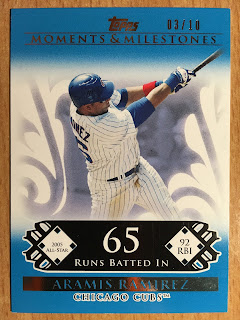 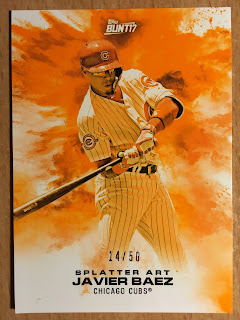 Speaking of low serial numbers... 03/10 and 14/50 on the Aramis Ramirez and Javier Baez cards, respectively. The Moments & Milestones insert set must have been a pain to complete if Topps is celebrating the 65th RBI of 92, which I assume means Ramirez has a card for all 92 RBIs. The Topps Bunt card is an awesomely sharp looking card, which looks like it belongs in Topps Fire. I like it! 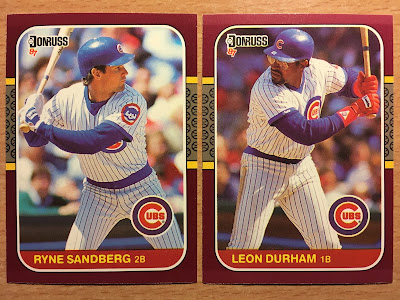 I thought I needed the 1987 Donruss Opening Day card for my Sandberg collection, but it turns out I was wrong. So, Ryne and Leon will fill in holes in my Cubs box instead. Nice! 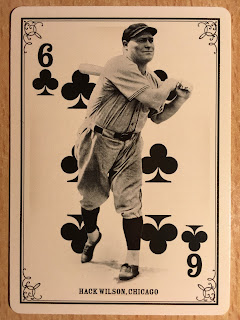 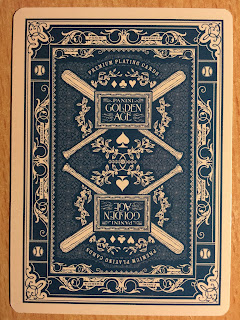 There's too many non-baseball cards in Panini's Golden Age for me to do a set build, but I'll take a card of Hack Wilson anytime I can get my hands on it! 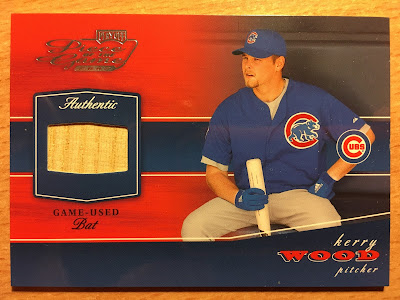 The dude could hit a little bit, that's for sure. I don't know if I would compare him to Madison Bumgarner at the plate, but I do have fond memories of Kerry hitting a homer in the NLCS against the Marlins in 2013. Heck, he was a career batting average of 0.273 in the playoffs! 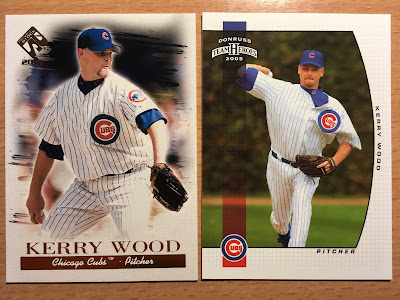 The above two cards are numbers 517 and 518 in my Kerry Wood collection, a collection which has largely in part grown due to the generous offerings from the blogs. Thanks everyone! 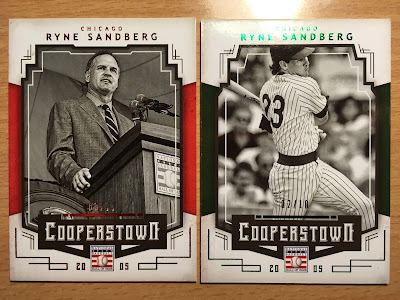 Here's that awesome Panini Cooperstown set again. Both cards are #86, and I'm not exactly sure how that works. The red card is numbered out of /35 and would look great in my Hall of Fame binder if I can ever track down a duplicate. The green card is numbered to /10. Wes, you are insane!  These cards are the 853rd and 854th different Ryne Sandberg cards in my Ryno player collection. 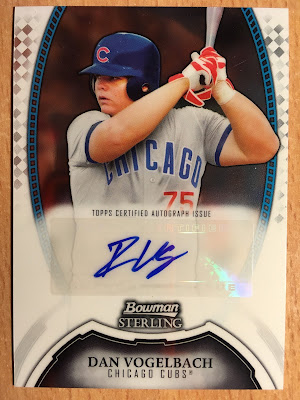 Sandberg was the subject of my first ever player collection. 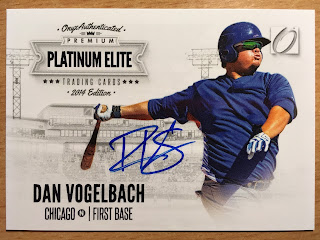 Dan Vogelbach, aka The Vogelmonster, is my most recent. 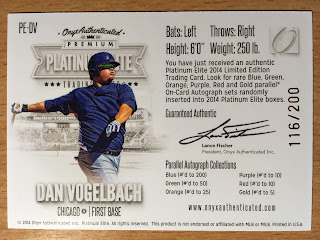 Both of these cards are duplicates... and according to my records I first added these cards to my collection through... wait for it... Wes!   Yeah, both of these are awesome and I'm accumulating a nice little collection of Vogelbach duplicates that may allow me to create a little display in the man room down the road.

We started with autographs so we might as well finish with them. 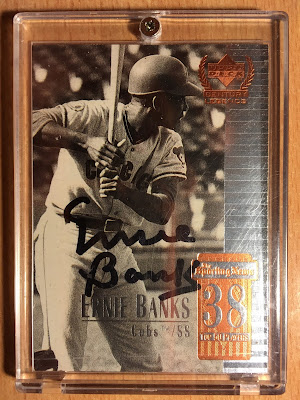 Wow! I actually just acquired Upper Deck's Century Legends complete set earlier within the last year or so. It's a great set and I suggest looking into grabbing a copy to place in a binder if you have the means. This Ernie Banks auto is super cool! I now have three Ernie autos in my collection, and two of them... yes, two of them have been gifted to me by Wes.

Wes, thank you again for your generosity and friendship! I'll see what I can do about sending you something for collection niches! But, be patient my friend, for my my vault of Willinghammers was emptied earlier in the year.
Posted by P-town Tom at 12/06/2017 04:25:00 PM