Topps did a crazy thing this year with its High Tek product and actually increased the quantity of cards per box while not drastically raising the price. More specifically, the 2016 version of the High Tek product sold at $60 per box for eight cards (1 auto), whereas the 2017 edition contains forty cards (2 autos) for around $80. Not sure of all of the details circling this decision, but I've seen numerous positive comments about it on social media and the like. S

I thought this was going to be a true headache to track down all the different patterns, but actually it hasn't been too bad.  The cards are acetate and sharp looking as always. Pattern 1A is on the left and 2A is on the right. 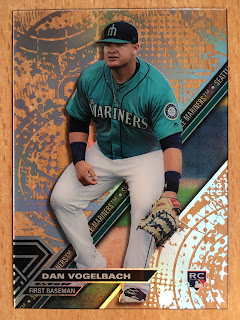 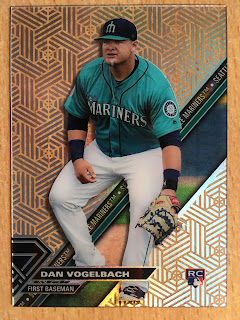 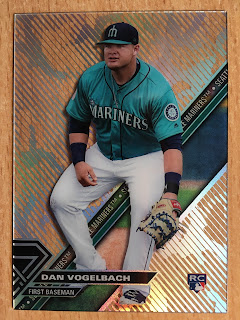 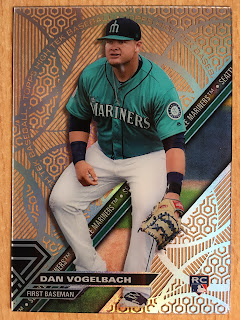 The photo selection is another positive here. I really like the Mariners' teal alternate jersey and I'm happy to see Vogelbach receive a card of him as a fielder.  Pattern 5A is below to the left and 6A is below to the right. 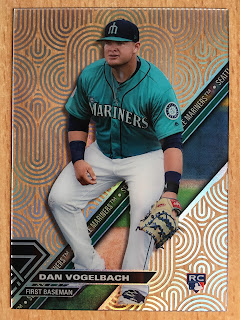 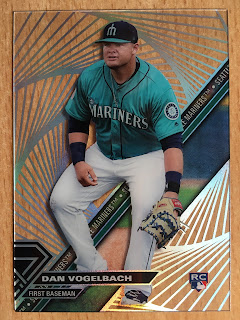 I'm still trying to track down pattern 8A. From what I have read they are a case hit and numbered to /15.  I've seen two come and go on Ebay and I've been outbid both times.  Sigh. 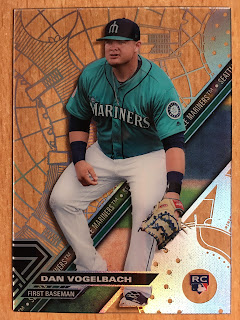 Pattern 7A is shown above.

The blackout cards are pretty neat. I think there are only two of them and I've got them both. 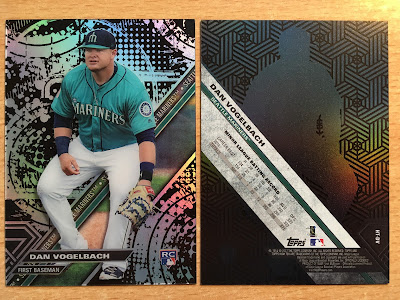 Blackout 1A is above on the left and the back to 2A is on the right.

Hey, it's Christmas Eve, so why not some red and green parallels? 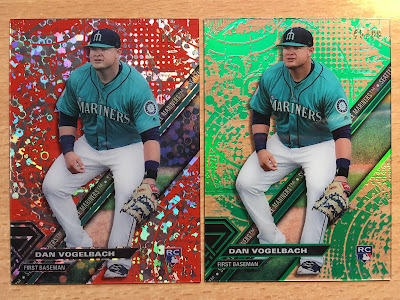 From what I can tell all the parallels are versions of Pattern 1A. 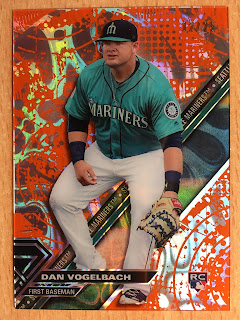 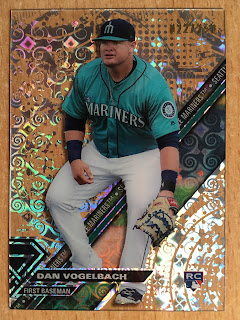 My second serial numbered Christmas card is on the left, above. It's the orange magma diffractor, numbered 12/25. Woo-Hoo! 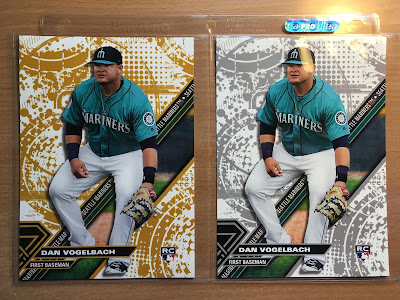 Yep, I picked up the 5" by 7" Tek cards from Ebay. The only downside to these is that they are not see through like the other acetate High Tek cards.

On to the autos! 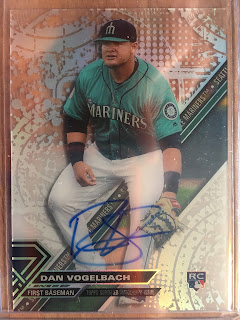 The base auto is above. The green and orange parallels are below. 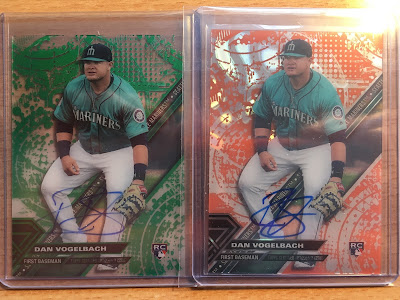 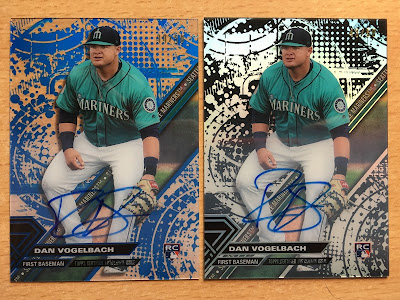 Twenty-one cards in all and I have still have my sights set on pattern 8A. I'll add it to my collection eventually! 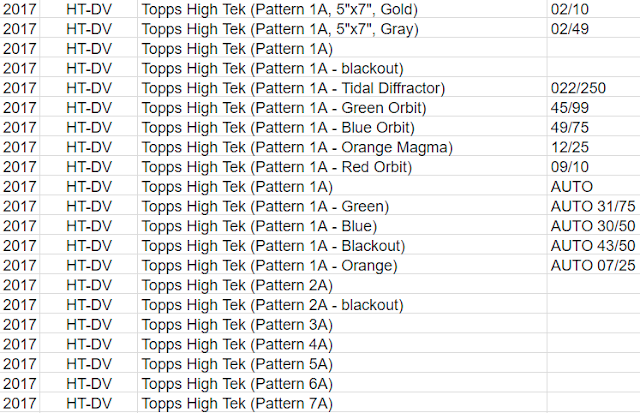 I'm missing many one-of-ones from the 2017 collecting year, but that's mostly because most of them have not shown themselves.

That's not the case for the above gold parallel auto. I was in on the bidding at one point, but there were three people with deeper pockets than myself who drove the price up to a point where I couldn't allow myself to bid any longer. So it goes.