A PWE from the Lost Collector

Alright, I'm not pulling any punches on this one.  AJ, otherwise known as The Lost Collector, is a terrific trading partner.  I think we've reached the point that when we have enough to fill a small PWE we send it off and let the USPS do its thing.  I say that because I'm not so certain if this was part of a trade or just another pleasant surprise. 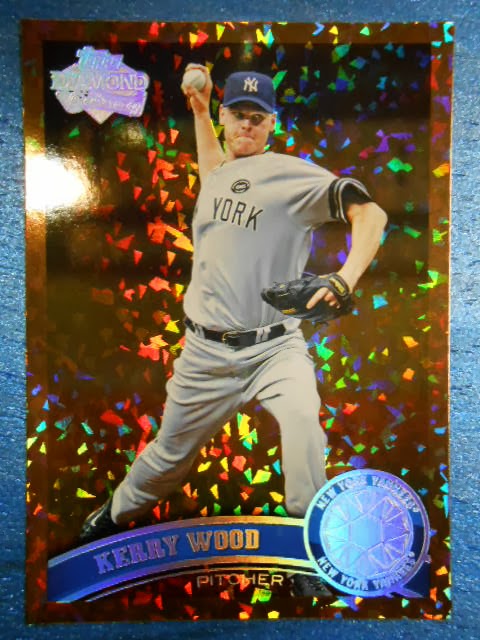 Kerry looks so weird in a Yankees uniform.  Especially so, since it's not their classic pinstripes.  Nevertheless, I'm always happy to add a liquorfractor cognac parallel to my collection.

Accompanying Kerry was a nice smattering of Cubs.  Todd Walker and Adrian Cardenas are a pair of former middle infielders that never really stuck in the Windy City. 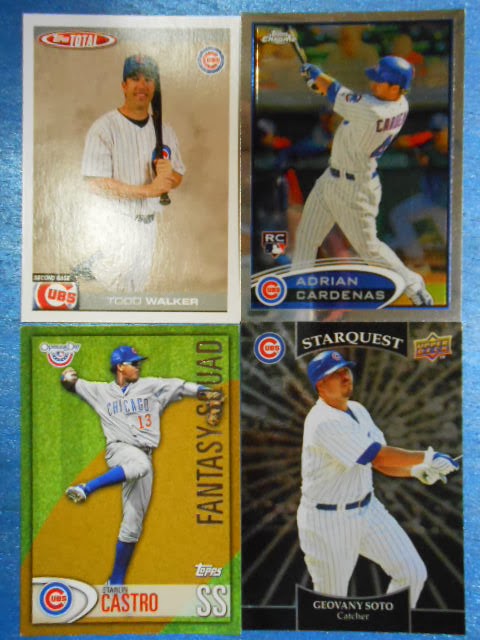 The Fantasy Squad insert set from 2012 Opening day is one of my favorite inserts of the last decade AND Starlin Castro has stuck in the middle infield.  I was a big Soto fan and disappointed when he was traded to Texas, but I hear he is penciled in as the starting catcher for the Rangers.  Go get 'em in 2014, Geo!