More Baseball Mojo For My Bday 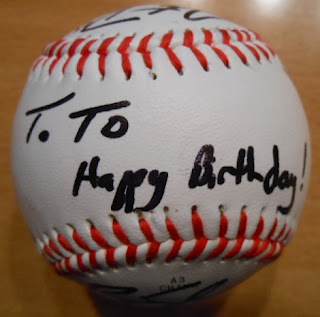 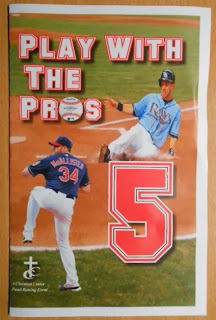 It's kind of fun when your birfday lands on a Sunday and it consumes the entire weekend.  I spent Saturday with my family and Sunday I had fun with friends.  After it's all said and done I have a few more gifts to show off.

One of my buddies gave me a neat card and a few packs of Bowman Chrome for my FrankenSet. 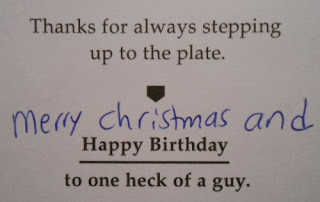 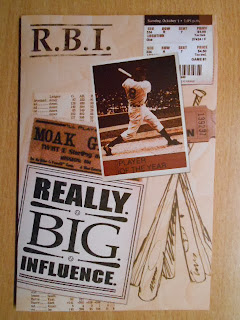 The three packs netted four cards for my ever-evolving FrankenSet.  All four of the below cards replaced one of the "boring" gold paper parallels.  Thanks Vince!   I love me some variety in my FrankenSet! 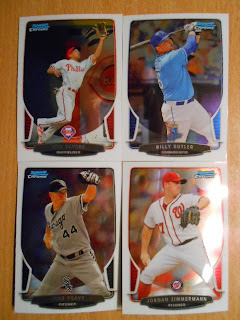 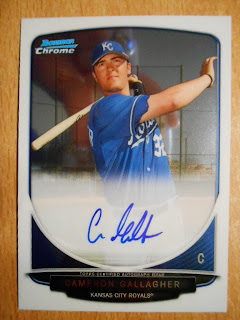 One of the three packs also contained an on card autograph of Royals' prospect Cameron Gallagher.  I have three Braves, Yankees, and Dodgers bloggers that I trade with, but I don't have a Royals blogger.  Where you at Royals fans?

My aunt and uncle from Wisconsin sent me a book after hearing about it on NPR. 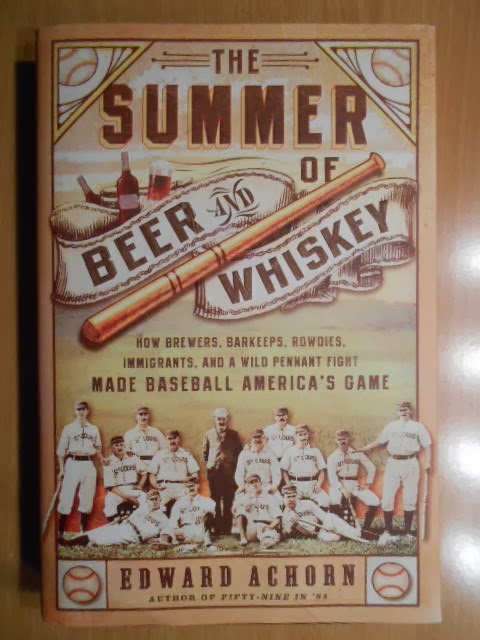 I figure if the book was spot-lighted by NPR and it talks about beer, whiskey, and baseball, then it is a must read.  I'm so far behind on my reading. No matter, this one will probably wind up in the on deck circle.  Thanks Aunt Chris and Uncle Ken! 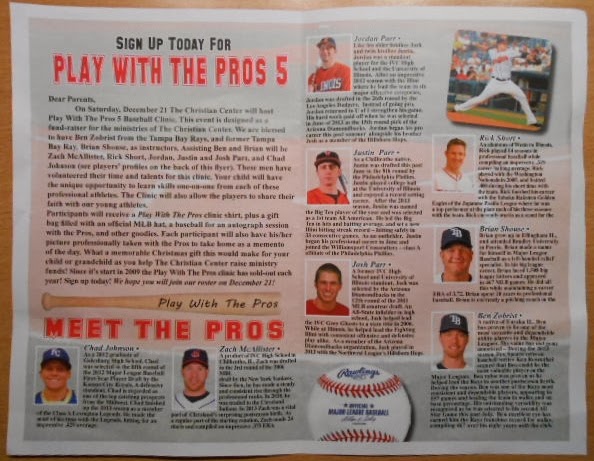 Last year I missed out on "Play with the Pros" edition #4 and I was so looking forward to attending this year.  Then out of nowhere Old Man Winter decided to blow an ice storm into the region and my basketball game that was scheduled for a Saturday was moved a day ahead to Friday.  Again, my coaching duties took me away from an awesome opportunity to break bread with some major league talent and a shot to play whiffle ball with them!  Man, all the luck. 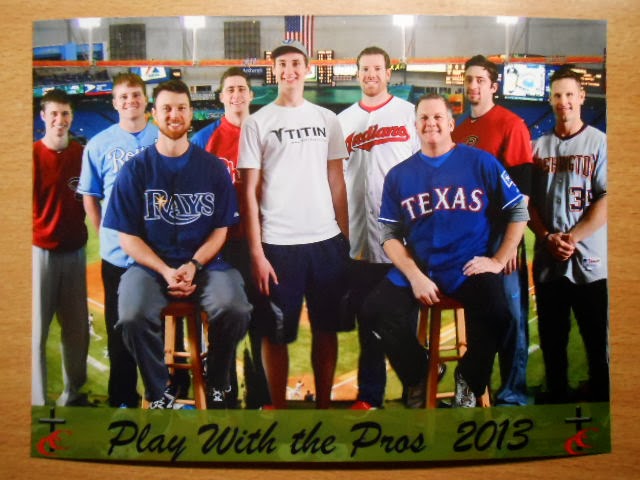 The above picture is definitely a keeper.  Karl is front and center (wearing shorts) and Peoria's local Professional baseball players surround him.  The two biggest names are Ben Zobrist and Zach McAllister, but there is definitely some young talent there in Chad Johnson and the three Parr brothers.

Karl, a fellow student of mine and the basketball team's former statistician, is my "in" to the event and a baseball fanatic like myself.  Karl is also one heckuva good guy and he again surprised me with a package at my doorstep.


What was in the package?  Remember the baseball at the top of the post?  It's made out to me, T.O., and is autographed by all the participants from Play With the Pros.  Yep, I share initials with Terrell Owens and am often referred to as T.O. at school.

From what I can tell though the ball is missing one autograph.  I'll have to see what Karl charges for his signature.  He's not a pro, but he is playing college ball this spring.  Good luck, Karl!

It was a great couple of days.  Thanks for all of the love, everyone!