I've been saving the last two packs of 2012 Panini Triple to open and post for a slow day.  When I stopped by the local card shop the other day I found some 1994 Donruss Triple Play for 50 cents a pack.  I purchased a pair just for this post. 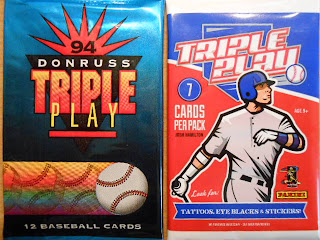 I'd give the '94 a slight edge based solely on the fact that the card count will be in its favor 24 to 7.
Here's the tale of the tape:

Here are the highlights from the dollar's worth of '94 Triple Play.
Hall-of-Famers: Dave Winfield and Rickey Henderson. 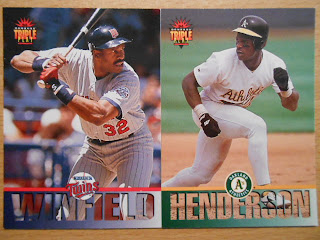 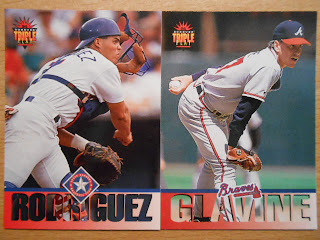 Two of favorites from the era: Brian Jordan, a two-sport star, and John Kruk, who now is a baseball analyst for ESPN. 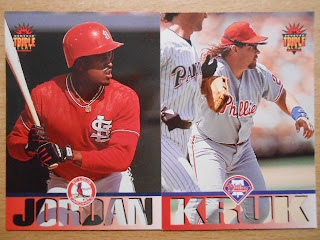 A rookie card of Raul Mondesi and the only card of an active player in the two packs.  Jim Thome, a local favorite, manning the hot corner early in his career! 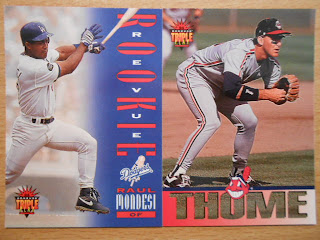 The "Medalists" inserts are limited to one in every twelve packs.  This one features the three pitchers in the AL with the most wins: Jack McDowell, Kevin Brown, and Randy Johnson. 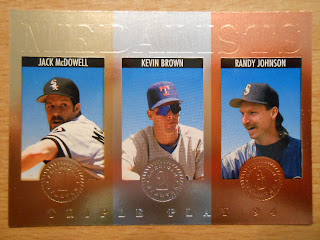 The other fifteen cards in the two packs weren't worth picturing.  I'm not sure how a set can contain 300 cards of "baseball's standout players" yet feature cards of players like Doug Brocail, David Hulse, Allen Watson, Mike Gallego, and Carlos Garcia.  Yawn.

How did the 2012 version of Triple Play fair?
Puzzle piece of Evan Longoria and base card of David Wirght. 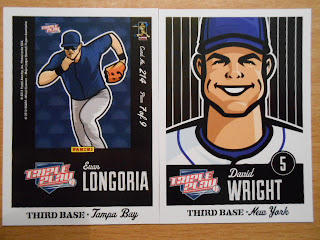 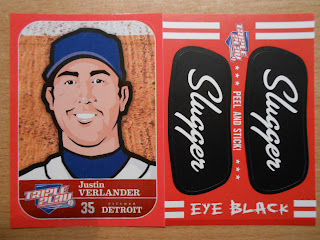 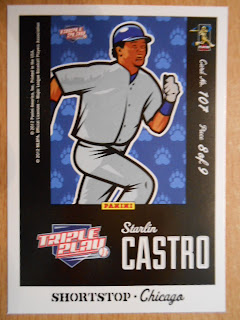 Matt Garza base card!  Another Cub! 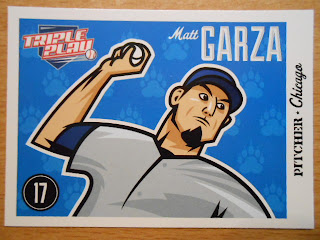 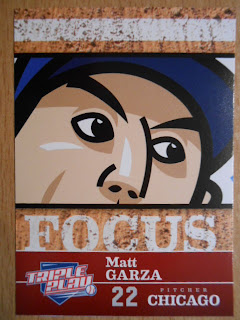 The winner? 1994 Triple Play makes a strong case with a tough insert pull that included the Big Unit, and few cards of Hall-of-Fame players, but...

I have to go with the 2012 edition.  A Cubs hot pack for a Cubs fan?  Seriously?  That never happens.  Red Sox fans pull Yankees.  Dodger fans pull Giants.  I pull Cardinals and White Sox... until now!