Adam, from ARPSmith's Sportscard Obsession, and I knocked out another trade.  I was able to help him out by sending some Panini Triple Play base cards his way.  He sent back some of his Cubs and Cardinals duplicates and a couple of bonuses.

First, let's get the Cardinals out of the way.  They're kind of like those brussel sprouts that you need to finish before your parents would let you have dessert.  I periodically send my twelve year old cousin packages of cards that include some of those crazy Cardinals.  He'll be the lucky recipient of these Cadinals (Beltran, Berkman, & Holliday) and the two sweet Cardinal stickers. 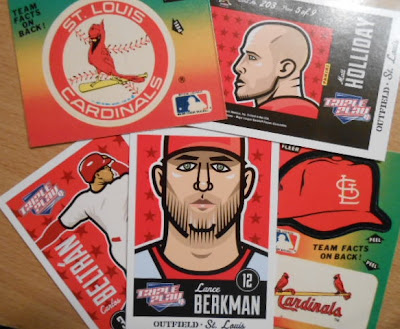 Next, some help on my 1988 Topps baseball card set.  This Mattingly is the second to last card I need!  Jose Lind, where are you!  He's #767 if you know where your '88 repeats are located. 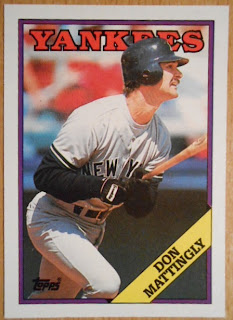 Ernie Banks!  Heck yeah!  I didn't buy any Gypsy Queen this year, but I have most of the team set now, and this gold-ish framed Ernie.  Very nice, indeed. 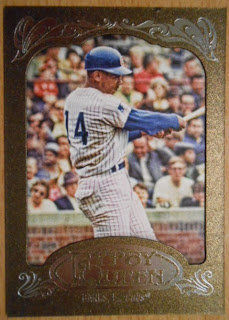 Fleer sticker inserts from the early 80's!  The one on the left is from '82 and it's the second in my collection.  Which obviously means that I can go stick one of them on something now, because I'll still have one leftover for my collection.  Hmmm... what to stick?   Oh, the excitement! 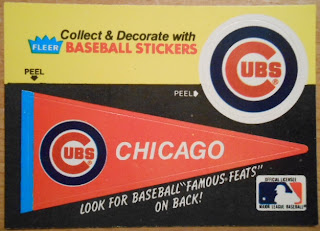 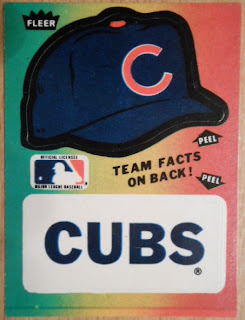 Ah, the dessert...  The Triple Cubs which I absolutely love.  First, Soriano who has had one heck of a year.  He's his a career high RBI's and Cubs high in homers.  Plus he's played some pretty solid defense in LF.  Don't give me that look!  Seriously, he really has played well out there this year! 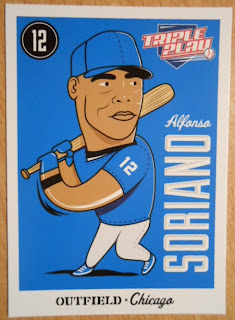 Garza: love the facial hair.  I hope he comes back strong next spring.  I think the Cubs did the right thing by shutting him down early (plus it helped them lock up the #2 draft pick). 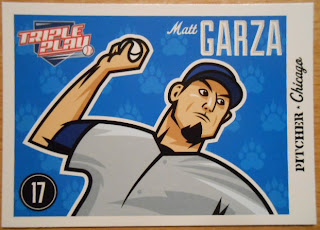 Soto, another former Cubs heading to the play-offs this year.  He's seeing less time now that Napoli is now back behind the dish for the Rangers, but it still has to be pretty exciting for him to be back in playoffs. 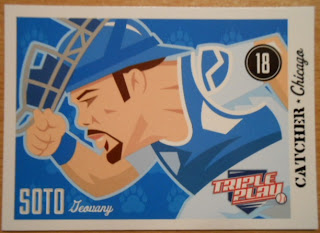 Thanks for a great trade, Adam!  I hope you're able to complete the Triple Play set before too long!