Should've Been a Chief #1

*** This is post #5 of 5 featuring my favorite young Cubs prospects who should have been a Peoria Chief in 2013. 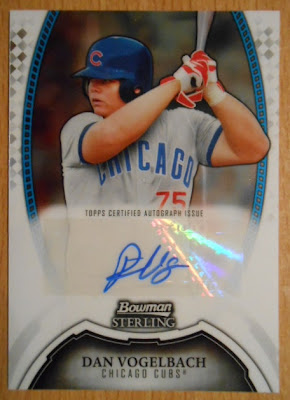 Dan Vogelbach was drafted in the 2nd round of the 2011 June amateur draft from a high school located in Fort Meyers, Florida.  Let me start by saying Dan Vogelbach can flat-out hit.  He stands in at 6-foot tall and 250 pounds. So, yes, he's limited to first base because he's not blessed with speed.  No matter.  Dan Vogelbach can absolutely punish a baseball.

Dan, at eighteen, debuted shortly after he was drafted for the Mesa Cubs of the Arizona League.  He collected only a couple dozen at-bats before the season closed, but he launched his first professional home run.  This past season he split time between Mesa and the Boise Hawks.  Vogelbach hit 0.322 with 17 homers in 249 at-bats and logged an OPS of 1.051.  He was a big reason the Hawks made the playoffs this season.

I follow Vogelbach on Twitter (@VogyVog24) and he's demonstrated that he's all about baseball, the team, and family.   He's had plenty of press during his first full season within the Cubs organization, albeit mostly by members of the Cubs blogging circle.  For example, here's a link to a GIF that was posted yesterday that analyzes his powerful swing.  Here's another, where the title of post says it all: Vogelbach hits a bomb, nails team bus parked outside. In a way it seems he has a bit of a cult following. Even with the notoriety, the guy seems to have his head screwed on straight. 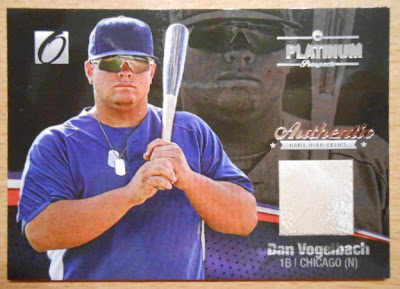 I've always been a sucker for guys who that work hard and put team first.  Dan Vogelbach is one of those types and he possess, as the scouts would say, plus-plus power.  After all, who doesn't love the long ball?

I was planning on arriving early to Chiefs games next summer with a lawn chair, cooler, and glove in tow.  You've heard of the ball-hawks that camp out on Waveland and Sheffield at Wrigley Field?  Yeah, Vogelbach has that kind of power and I was going to try to collect my fair share of batting practice homers launched out of Peoria Chiefs Stadium and on to Adams St.  Heck, I still may give it a try when Kane County visits later this summer.