I helped my dad take out an old cinder block wall at my parents' place, which was starting to give way to weight of the landscaping, and replace it with interlocking landscaping block. 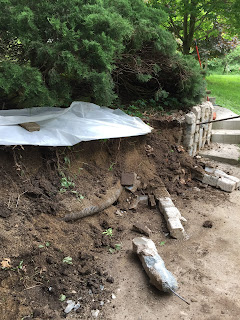 Working in the mornings was key as the midwest can be terribly humid and hot this time of year. My dad and I would put in three or four hours each morning we worked and then it was time to go inside and rest up.

My favorite part of the experience was working with my dad. He's really good with machines, specifically engines. I help when I can, but in general I just slow him down when I'm around. (I am not good with engines.) But, I have plenty of experience with landscaping and we worked well together on this project.

Each block weighs 63 pounds and there around 180 blocks in the wall. Add in all the rock we tamped down to make the wall level, and all the rock for back fill above and below the drain tile, and you're looking at a 7+ ton wall.

I did my fair share of "grunt work" and I even went down a hole on my belt, but my weight stayed about the same. Needless to say, I think building this wall was better for my body than hiring a professional trainer!

Bonus: I got to use a jackhammer! Part of the old cinder block wall we removed was filled with rebar and concrete. I had an eye appointment later in day after using the jackhammer and my dad joked about how my eyes would still be vibrating when the optometrist checked me out. 😂

Here's a picture of the nearly finished wall. 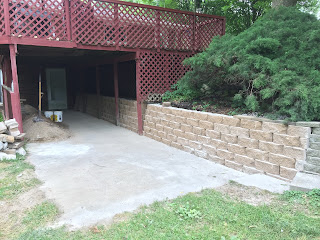 In this picture we're missing the toppers and some cleanup still needs to done, but all that's minor.

Yesterday my parents stopped by and gave me some cash, for helping out with the wall project, which they didn't have to do. The money will undoubtedly go toward something baseball related.

My mom took the time to procure this gem as a thank you: 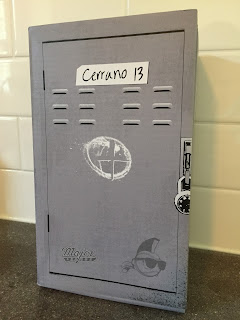 I have many bobbleheads in my collection, but I've never seen a box so "done up" before.

Here's the inside of Pedro Cerrano's locker: 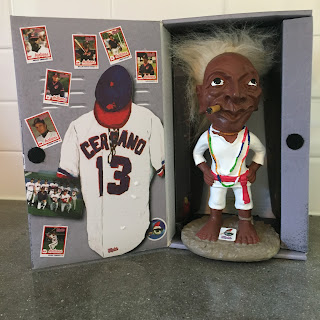 Again, the detail is astounding, but the true treat is Jobu! 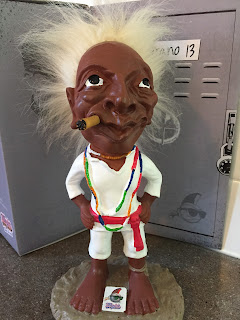 I had to take a profile shot to allow you to get a better feel for his hair! 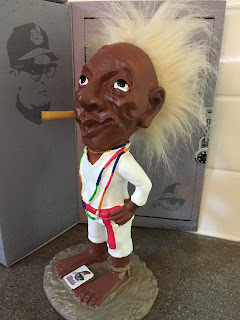 Jobu isn't a mascot, he's more of a deity, but he joins the other mascots in my collection within one of the display cases of my homemade television stand. 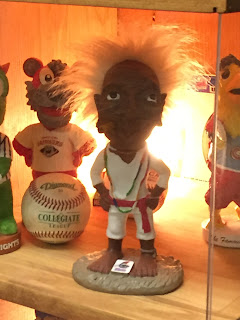 Because he's omnipotent, Jobu gets a prime location in the front of the display case where he can be back-lit to add extra emphasis to his powerful aura. The San Diego Chicken won't dare mess with Jobu.