Page 8 has one of the more well known minor league cards ever. 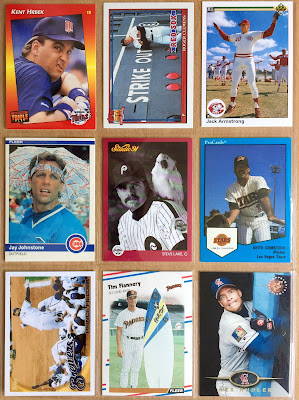 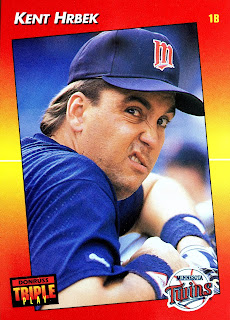 The first incarnation of Triple Play (1992) was so much better than what we received from Panini in 2012 and 2013. Maybe Kent Hrbek isn't a fan of cameras? 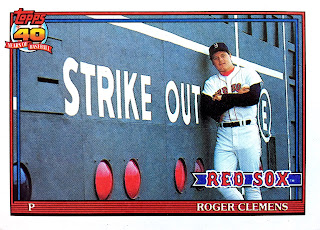 Here's another beauty from 1991 Topps. Just soak this one in. 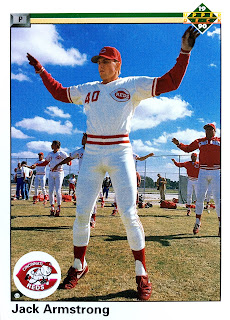 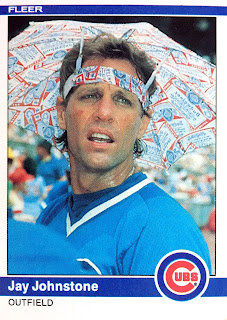 I want to say this this is the first card I had in my collection which would qualify for the Folder of Fun. 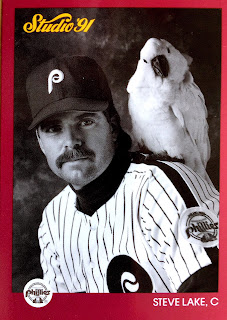 Hobby and Interests from the back of Steve Lake's card: "Raising birds including Ruffles, pictured on the front of this card..." 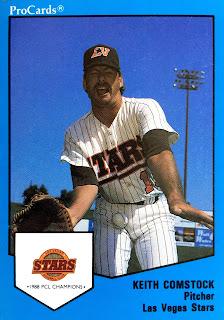 If you haven't read about how this card came to be, then you need to click here. It's worth the few minutes to read. I guarantee it! 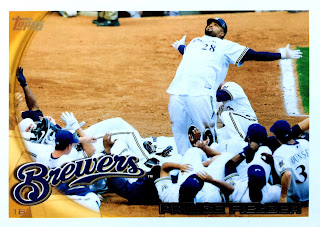 What a great card! Here's the video which led to this photograph: 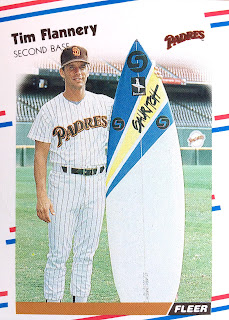 I checked the back of the card to see where Flannery was born: Tulsa, Oklahoma. Well, that doesn't explain the surfboard, but Del Mar, California, is listed as his residence. That's more like it. 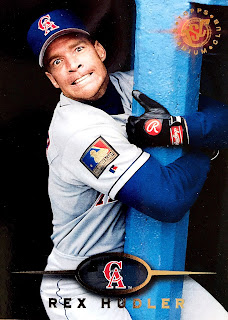 This is kind of how I feel about my Folder of Fun sometimes. I don't want to let it go.