Page 9 seems to feature a bunch of pairs. Two cards of Braves from early 80's Fleer, a pair of cards with guys jumping on them and a duo showing off over-sized sporting equipment. Enjoy! 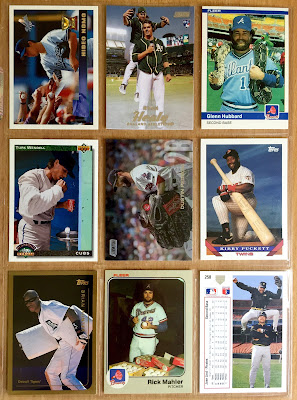 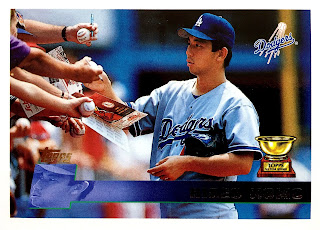 I'm not sure how "fun" this card is, but it is awesome. Baseball players signing autographs is just plain terrific, but when it's The Tornado and the card has a rookie cup it easily rates as a 12 out of 10. Just saying'. 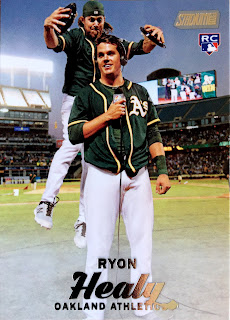 I wonder how many headsets and mics a TV crew will go through during a typical baseball season. 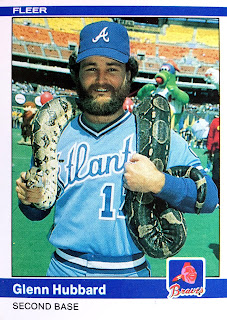 What's better? The big snake, Hubbard's facial hair, the powder blue uniform or The Phanatic photo-bombing the shot before photo-bombing was a thing? 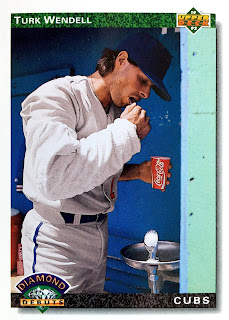 The back of this card must be included. 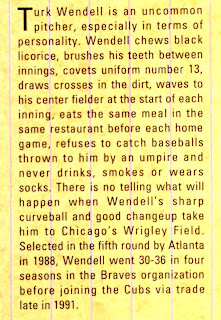 Upper Deck failed to mention Wendell brushed his teeth between innings because he didn't like the taste of black licorice. He only chewed the licorice because he thought pitchers who chewed tobacco were intimidating, and black licorice was a decent substitute for chewing tobacco. 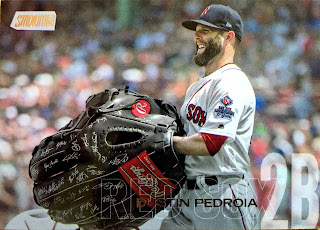 Lots of autographs on that glove! 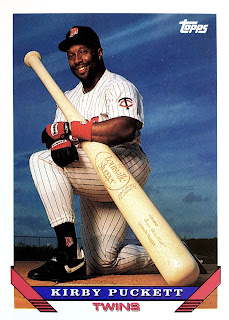 I'm sure pitchers felt like Kirby Puckett's bat was actually that big. 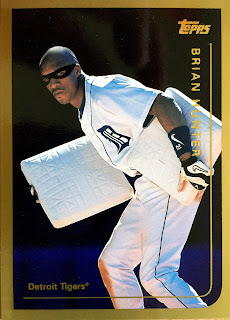 This is just a another great card. The dirty knee makes the card for me. 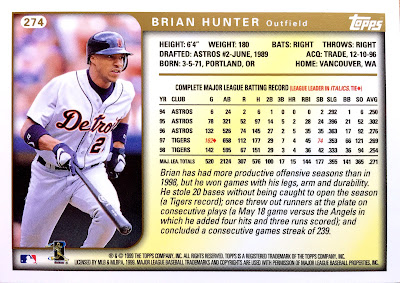 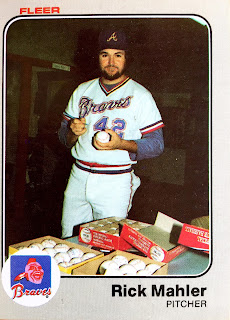 To my knowledge, this is the only card of a player signing baseballs in the clubhouse. Also, he's wearing #42! 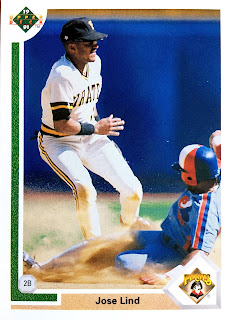 The front of the card is okay. The back is where it's at! 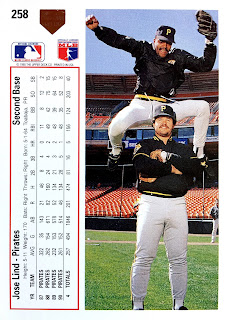 That's Mike LaValliere on the back. You earn three bonus points if you can give LaValliere's nickname without looking it up! Oh, and yes, this is an example of the information which rattles around inside my head. (*Bonus points have not monetary or baseball card value.)

I'm working on another 9-card page of fun baseball photos, but I only have a few so far and I'd prefer to post a full page of cards. For those of you who are curious I have Jose Canseco pumping iron, Bip in a sombrero and Nick Hundley post pie-in-the-face.