Page 7 has some great cards including a mascot, MJ, more bubble gum and fishing? 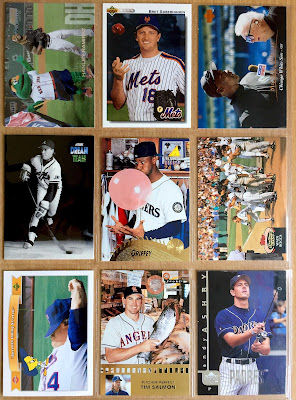 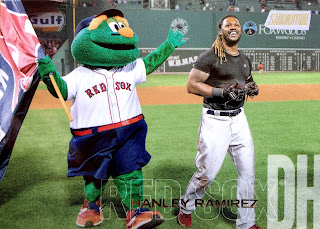 Is it just me or does Wally (the Green Monster) look super un-athletic next to Hanley Ramirez? Come to think of it, I can only recall one baseball mascot who was not somewhat rotund. Nevertheless, I really enjoy mascot cameos on cards! 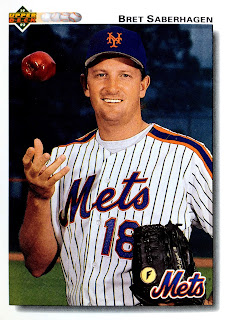 Fill in the blank: "An apple a day keeps the _____ away." The first thing that came to mind was "homers," but I'm sure you can do better. 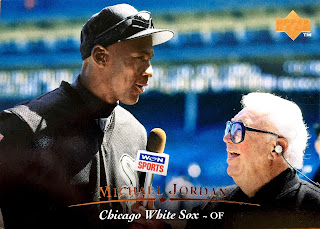 There's a strong probability a card showing an interview would make my Folder of Fun, but include Michael Jordan and Harry Caray and it's a slam dunk! (Pun intended!) 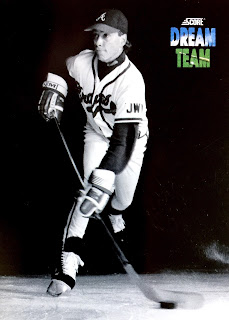 Tom Glavine, member of the MLB Hall of Fame, dressed in his Braves uniform and playing hockey? Odd combination to say the least, but definitely a keeper! 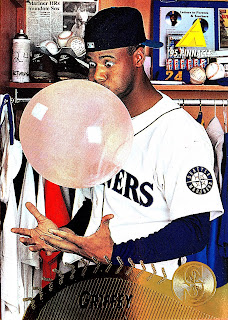 Junior is doing his best Kurt Bevacqua impersonation. Kudos to Pinnacle for getting creative! 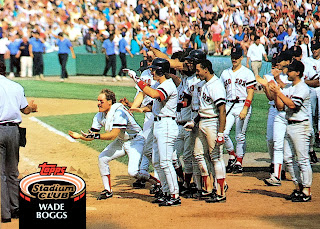 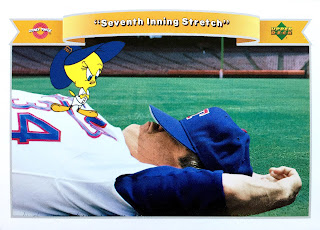 Do they even make cartoons similar to Looney Tunes anymore? 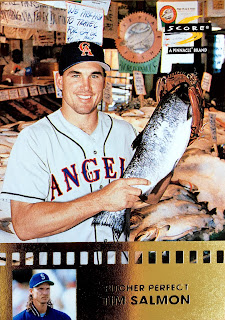 Here's Tim Salmon in a fish market. Maybe this was taken in Seattle at the Pike Place Market? The back of the card is no help as it just mentions how Randy Johnson was one of the few pitchers Tim Salmon struggled against during his Rookie of the Year campaign. 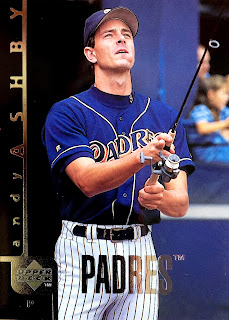 Lastly, we have a card of Andy Ashby fishing. Someone should introduce him to Tim Salmon!