The second section of the Folder of Fun is the most lengthy one in the binder. It's also the section which I expect to see the most growth going forward.

There are no rules or qualifiers a card must meet to join this section. Simply enough, the card just needs to catch my eye and of course there's added emphasis of fun! 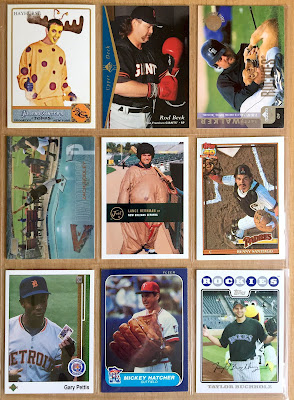 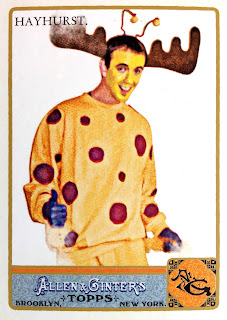 Dirk Hayhurst is a former MLB pitcher, current baseball analyst, and author of the Bullpen Gospels, which is probably my favorite book. Here he's dressed up as a Garfoose, a mythical creature of his own creation. If you're curious, a Garfoose is one part giraffe, one part moose and two parts hilarity. 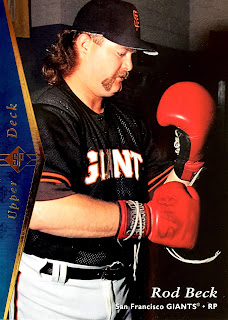 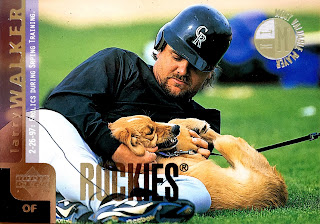 The foil in the upper-right hand portion of the card notes that Walker was the NL MVP in 1997. Good gracious did he put up some monster numbers. Walker's living the good life right here... baseball and a lovable pooch. Fantastic. 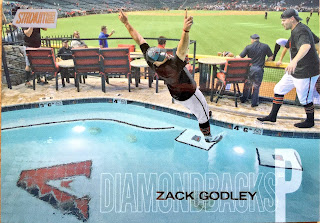 I'm not sure what the story is behind Zack Godley taking a splash into the pool in right-center field at Arizona's ballpark, but for me it's a perfect moment captured in time. You earn bonus points if you can name the first player to hit a regular season home run which landed in the pool. Hint: This player later won a World Series with the Diamondbacks. One of Lance Berkman's nicknames is Fat Elvis and here he is dressed up in a sumo wrestling outfit, which is usually used by fans between innings at minor league contests. Something tells me Berkman is a fun dude. 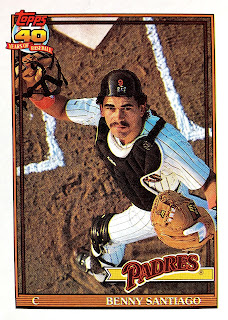 Catchers receive some awesome cards, especially those that contain plays at the plate. This isn't one of those, but I've never seen a photo on a card from this angle before. The 1991 Topps set is known for having a couple of really cool cards, and this is one of them in my opinion. 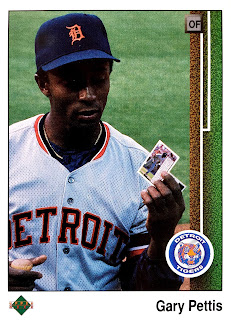 Gary Pettis is set to autograph his own card. Usually, that's no big deal, but check the photo again and see what Mr. Pettis is holding in his hand.
Here's the back of this card: 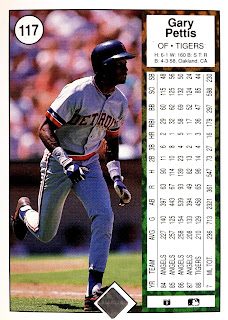 This card makes my head hurt. Was Photoshop a thing back in 1989? 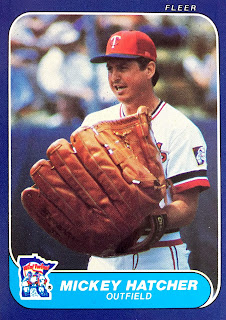 Mickey Hatcher must have had a perfect fielding record with that monster! 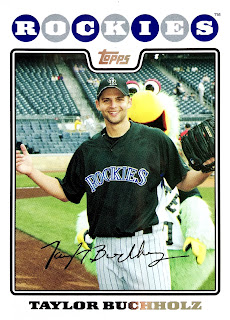 "What do you mean there's an over-sized parrot sneaking up behind me?"