Two days ago I showed off cards from The Sandlot and today's subject matter is Bull Durham.

I was introduced to baseball cards during summer of 1988, thus I have a fondness for this design. It's simple and certainly works for well for a movie set in the late 80's. 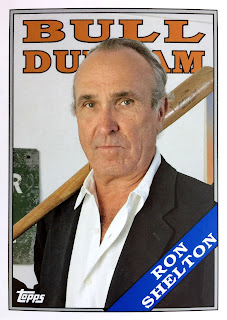 I don't know much about script writers, directors or producers in general, but I would say I'm a fan of Ron Shelton. 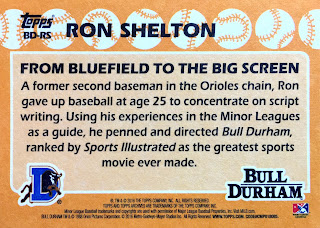 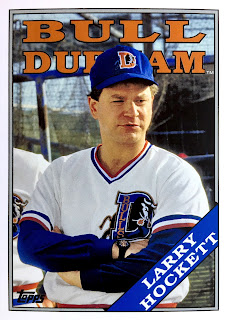 Larry Hockett played the role of pitching coach well. This movie, although not my favorite, does have some great quotes in it. The whole locker room scene with about the "lollygaggers" is a classic. 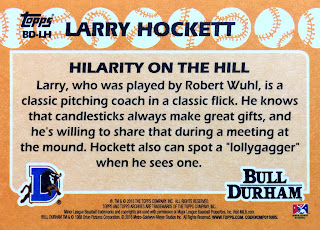 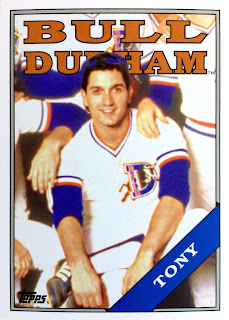 I'm not sure why Topps included some of the lesser characters like Tony and Bobby rather than those played by Kevin Costner and Susan Sarandon. I'm sure money presented some sort of obstacle. 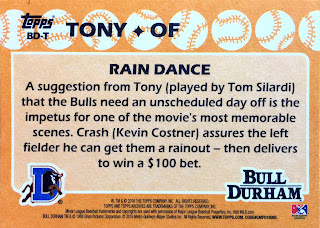 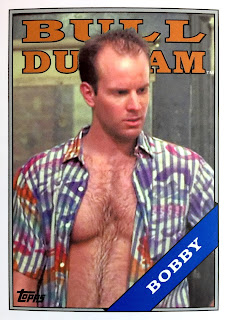 Here's another character who had a smaller part. 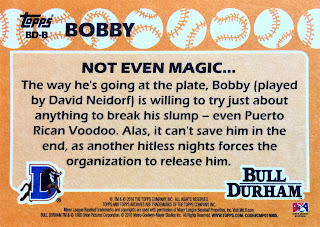 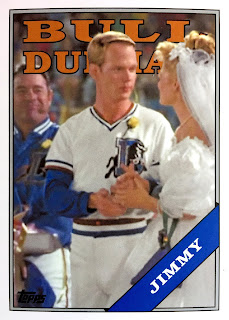 I enjoyed Jimmy's part in the movie. His inclusion helped to demonstrate the broad types of personalities that can coexist in a clubhouse. I, for one, was more like Jimmy than the rest of my college teammates. 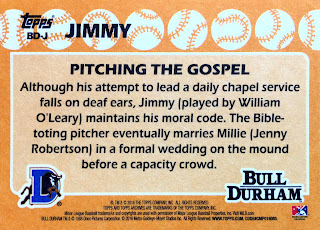 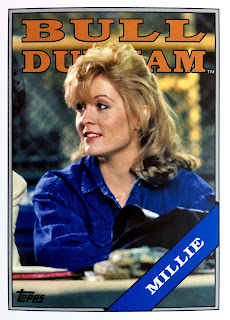 Millie was a fun character and I completely forgot her father had deep pockets. 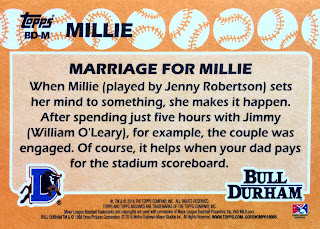 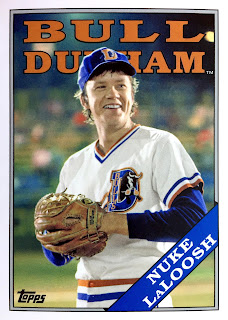 Nuke Laloosh. The pitching phenom who tried to breath through his eyelids. "Goofily hilarious" if quite an appropriate description! 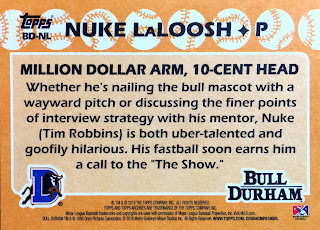 I recently read a post on A Pack To Be Named Later which showed off four over-sized Bull Durham cards. Those individuals included are Nuke, Millie, Annie Savoy and Crash Davis. I made my way to Ebay and felt fortunate to pick them up for less than five bucks. They will be a wonderful addition if I can find some pages to display them.

They should be here any day now!

One more movie post to go before the subject matter changes. I'm sure you can guess which one is coming up next.