I've Come Into Some Cards

My sister collected cards with me back during the junk wax era.  (Heck, everyone in my family bought cards at one point: Mom invested in '89 UD and Dad chased the '89 Fleer set and that crazy Billy Ripken card.) 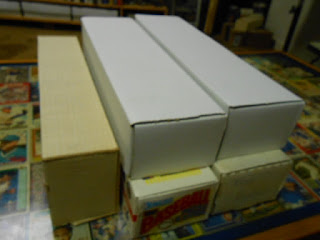 I guess Jane has been splurging on packs here and there over the last couple of decades to the tune of five 800-count boxes worth of cards.  Yeah, lots of randomness is contained within and her cardboard loving brother is the beneficiary!

I realize it's summer now, but this was truly a spring cleaning endeavor that my sister labored through.  Even though she took the time to sort all of her cards by teams, I have spent the better part of the last month going through the cards and filing them away into my system. 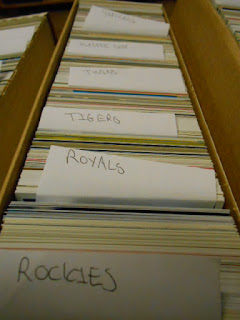 For starters, about 700 of the cards are from the 2011 Topps set.  I suppose I'll collate them and see if I can put together another set?  Meanwhile, here's a card that will take some of you back to the time of entering codes and digging up diamonds on Topps's website. 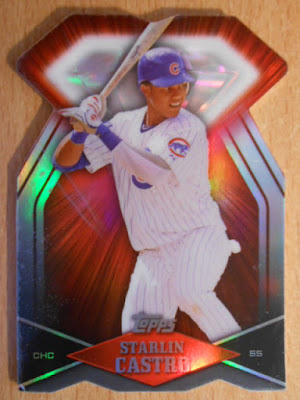 The next largest stack is what I would call a miscellaneous stack of sports. 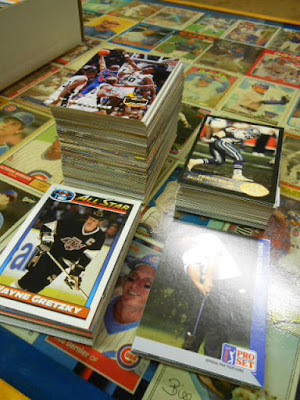 I used to collect basketball and football cards, but that was past P-town Tom (circa 1990).  Present P-town Tom only dabbles in baseball. Hockey?  Golf?  NASCAR?  Yeah, they're all there and I have no idea what to do with them. I've pilfered a Hersey Hawkins card, who played his college ball in Peoria, but the rest are up for trade. Just speak up!

There were probably 75 to 90 cards of each MLB team amongst the five boxes, but you know how I roll.  Let's see those Cubs! 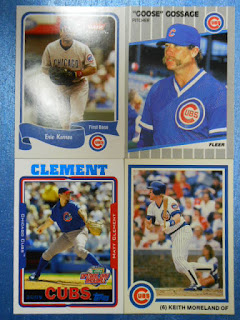 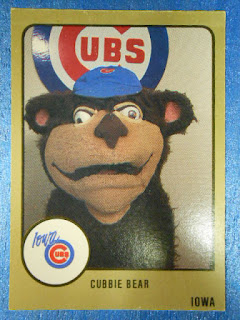 The five cards above and the Maddux below are all new additions to my Cubs FrankenSet! 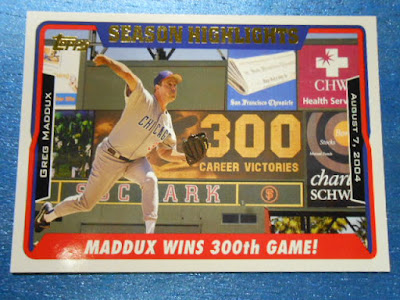 I think the Season Highlights card with the "300 Career Victories" in the background is wonderfully done.  BUT, that Cubbie Bear card is so freaking fantastic.  Check out his eyes!  What's the opposite of cross-eyed?  Divergent strabismus?  Oh, I love mascots.

More Maddux, including his Leaf and Donruss Rated Rookies. 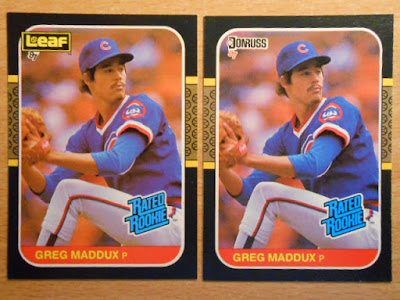 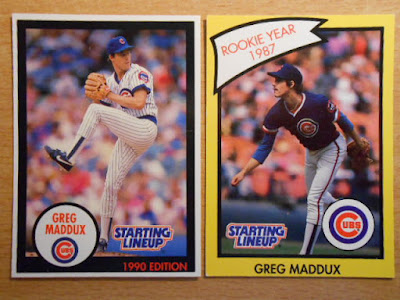 A mini Starlin Castro from TriStar Obak to add to the informal player collection. 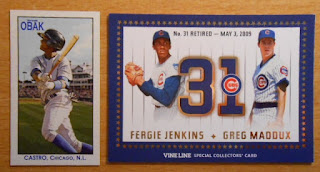 And one more Maddux card with Fergie from the Cubs publication, Vine Line, which celebrates the retiring of their number, 31.

Vintage!  Oh how glorious.  A couple of creases, rounded corners, and a pin hole located in the visor on the cap of the black and white photo.  Just wonderful! 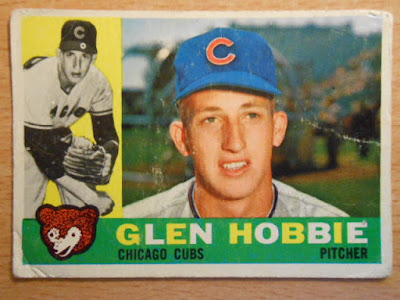 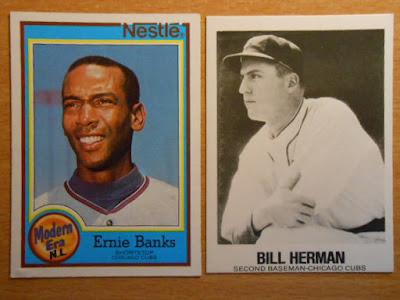 Cards for my player collections! 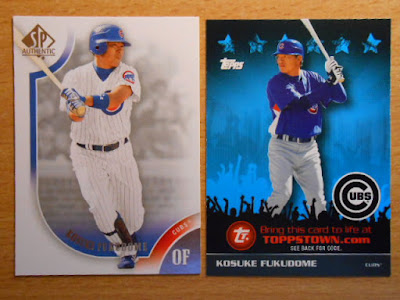 I had the Kosuke Fukudome on the left already, but now this one can go in the Cubs binder.  Somehow I was missing the ToppsTown edition. I'm up to 126 unique cards of Fukudome now! 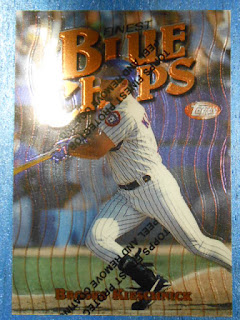 For whatever reason I can't bring myself to peal the plastic film.  C'est la vie.

And now for the last card and a mini rant. 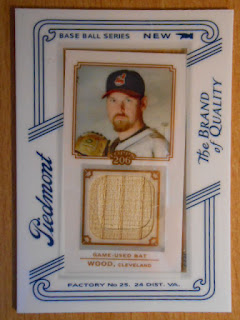 This is a 2010 Topps 206 framed mini bat relic of Kerry Wood.  It's new to my collection and GREATLY appreciated!  I guess my sister pulled this from a pack. How cool is that? It's the seventeenth relic that I have of Kerry and the 396th card of his in my collection.

At this point in his career Kerry Wood was used exclusively as a relief pitcher, and we're not talking middle relief where he might get an at-bat.  Plus, he's pitching in the AL, where he would only get a plate appearance during interleague play in an NL park.   Let's take a look at Wood's batting line: 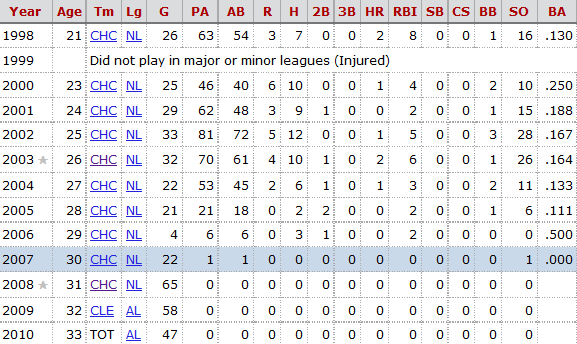 I suppose spring training could be another option.  Eek.   That removes the allure a bit doesn't it?  A game used bat sliver from spring training!  Ooooh-Ahhhhh!

Jane, thanks for all of the cards!  Your brother will make good use of them for sure!
Blogosphere, the trade trade box in the man room is fully stocked and sorted by team! You saw the randomness withing the displayed Cubs cards.   Let me know of your interest!
Posted by P-town Tom at 6/28/2015 09:27:00 AM