Topps Series 2: Am I too late to the party?

I ripped into my Topps Series 2 blaster, which was one of the prizes from Once A Cub's fantasy baseball league, and I feel I'm a little behind the times here.

I believe I bought one pack of Series 1 when it first hit the big box stores, but nothing from Topps' flagship product since.  The design is fair, the photo shopped cards are a turn off, and all the inserts and short prints are much too gimmicky for me.  Perhaps that assessment isn't really fair, but my collecting went in a different direction this year... Bowman.  Yeah, I know.  I'm different.

Nonetheless, the blaster was a fun bust, but it wasn't enough to convince to jump on the flagship band wagon anytime soon.  By now you've seen all the base cards, so I'll keep them to a minimum while flashing all the inserts from the ten packs.  Trade bait perhaps?

Each pack contained two blue parallels.  I guess we all know where Matt buys his blasters from!  Ha! 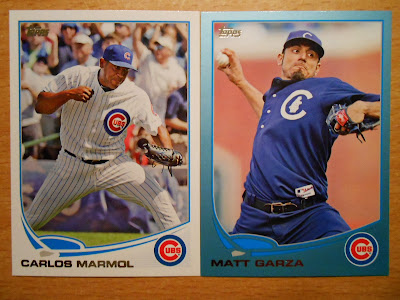 Above are the only two Cubs cards from the eighty-one card blaster.  Two?  Really?  Also, please note that neither are members of the Cubs any longer.  Sigh.
The Marmol card is the only base card I'm going to make you suffer through and the Garza is an example of the aforementioned blue parallels.

"Chase it Down" and "Chasing History" are two insert sets I could do without. 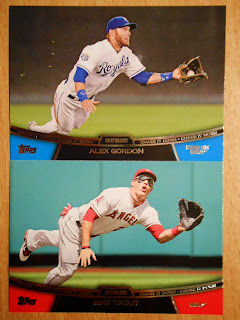 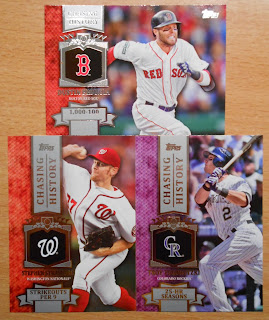 On the left we have Alex Gordon and Mike Trout both in mid-dive.  Dustin Pedroia, Stephen Strasburg, and Troy Tuolwitzki are all chasing history.  Next.

"Making Their Mark" is another insert set that is kind of weak in my estimation. 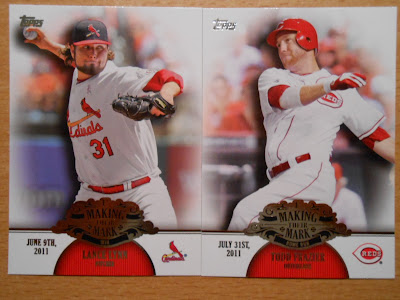 I'm not a Cardinal fan so Lance Lynn is "bleck" worthy, and Todd Frazier receives a "meh."

I really like these World Baseball Classic cards.  I traded for the Anthony Rizzo earlier this summer and it's pretty sharp looking as well.  I like how Topps incorporated the WBC logo into the design of the card.  Well done.  Adrian Gonzalez is a nice pull.  I'm happy. 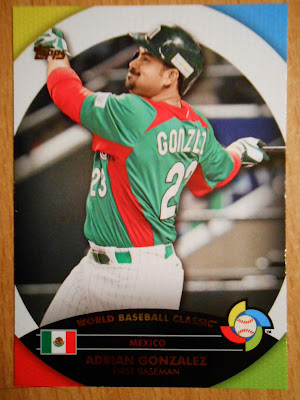 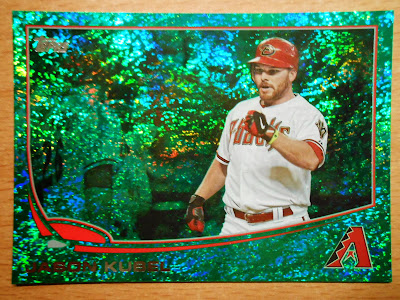 Green sparkly parallel! I've always found it amusing how Topps highlights the player and everything else around him is ghost-like.  I wish I could photo-shop a corn dog or something into Jason Kubel's left hand.  Rather than fist-bumping his teammates, it would then look as though he's about to chow down!

I have a knack for pulling cards of Harper and Trout.  Not a bad problem to have.  Here's my one serial numbered gold parallel from the box: 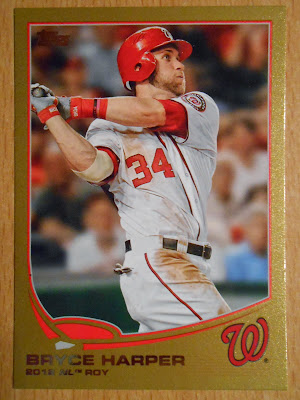 Wait.  You don't believe that I can pull my fair share of Trout cards? 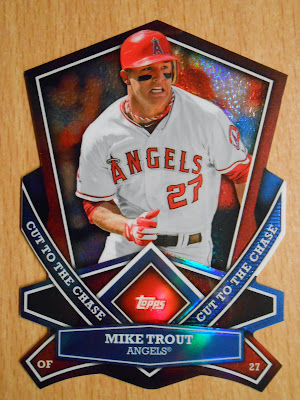 Two inserts and a base card (not shown) from one blaster.  Yep, I have skills.

Minis!  Wait, I mean mmmmmiiiiiiiiiiiiiinnnnnnnnniiiiiiiissss!  I wanted to make sure those in the blogosphere knew what I was referring to. 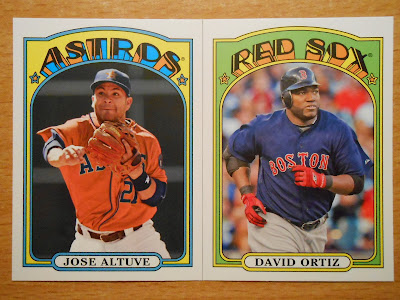 Yep, I love minis as well, but I'm not as crazy about them as some.  I love, and I do mean love the orange jersey on Altuve.  Big Papi?  Yeah, I guess being a one-man wrecking crew in the World Series means you're the man. Nice job, Mr. Ortiz!

Everything above is available for trade, even the two Cubs, but I'm keeping the card below. 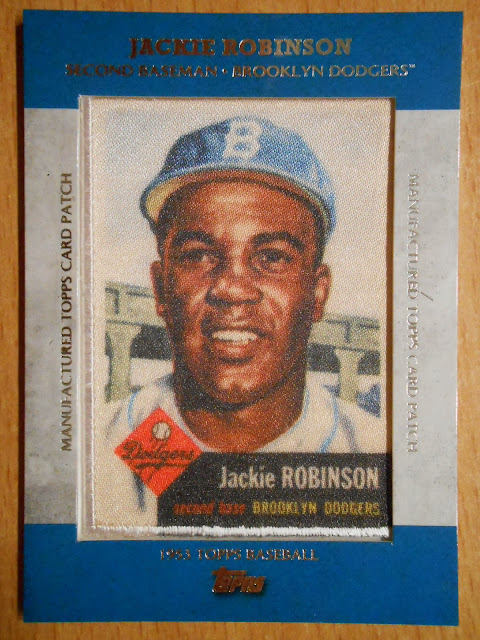 There were only a handful of players on the checklist that I was hoping to get in my included manu-relic pack.  Most of them were Cubs, but one was not.  I got the "not" and it's beautiful.

I still haven't seen the movie 42 yet, but I'm a huge Jackie Robinson fan.  Jackie and Branch Rickey were the focus of my senior term paper back in high school and the more I learned about the man the more I came to admire him.  I have a mini player collection of Jackie and it might be at ten cards now.  The above framed silk card is without a doubt the highlight of my humble little collection of one of baseball's true heroes.

Overall, the Series 2 box was a fun rip and it kept me occupied during commercial breaks of Game 5 of the World Series.  Still two more repacks and one more blaster to go from my prize haul.  Stay tuned!