I ripped into the Topps Archives 8-pack blaster during Game 6 of the World Series the other night.  This was the last blaster from the prize winnings of Once A Cub's fantasy baseball league. In retrospect, it seems only fitting to crack the blaster during the last baseball game of the year.

I always like to a look at the odds on the side of a box before opening even one pack.  I calculate what is expected from the box and keep a mental checklist of what's been opened and what should be coming as I continue to shred through packs.  Yep, it's akin to counting cards in poker, and for this self-proclaimed math nerd it's a ton of fun...

... especially when I beat the odds!

First let's get through some of the inserts.

Here are the two 1983 All-Star cards.  Funny thing is I didn't purchase any Archives this year after collecting the set in 2012.  I did, however, participate in a group break and was randomized the Tigers in addition to my Cubs. 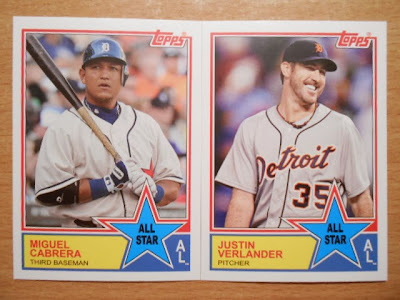 Yep, you guessed it, I've had both of these cards in my possession already.  I traded them away the first time, and maybe I can do it again!

These "Tall Boys" inserts are different.  They're similar to minis in their width, but they're the same 3.5 inches tall as normal cards.  The design of the cards is pretty clean.  I appreciate clean. 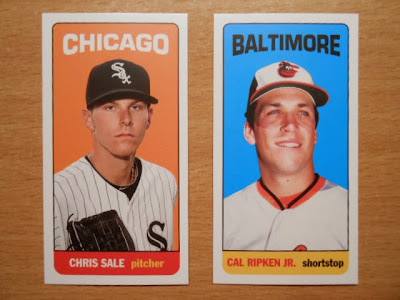 I guess I'm too young to think of Don Baylor as an outfielder.  He's also the only representative from the American League on this sticker card.  If I had to play a round of "Which one of these is not like the others?", then Don Baylor would be my choice. 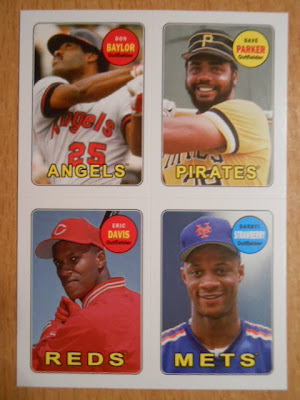 Short Prints?  Yep, another Tiger I've already owned, and a pitcher who has recorded the most wins in a single season in the last 45 years.  Bob Welch earned 27 wins in 1990, which is the most since Denny McClain had 31 wins in 1968.  What an ironically paired couple of short prints! 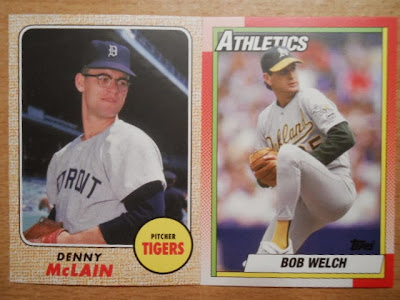 There is one Gallery of Heroes card in every 34 packs.  Me?  I had eight packs and out popped this slick stained glass looking Lou Gehrig. I love beating the odds, especially when it involves one of Topps best looking cards in recent memory. 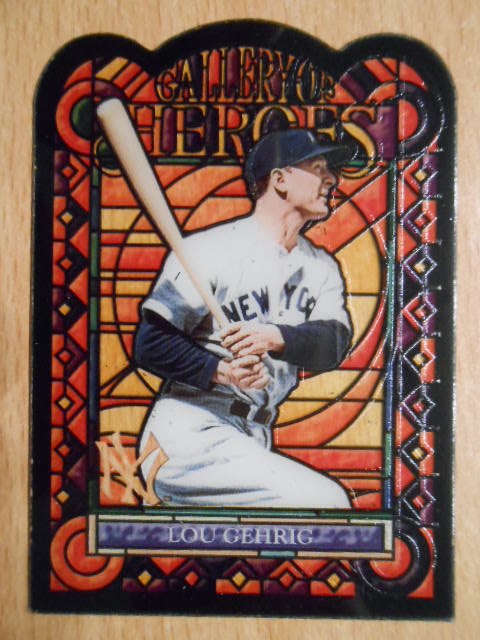 In my first pack I pulled this Andre Either game used jersey card.  I'm not a Dodger fan, but I know of a couple that might be interested in this one. 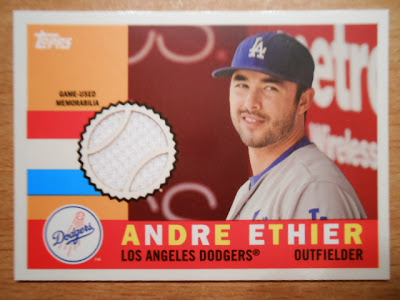 Another fun box of cards to bust into.  Thanks again to Matt, from Once a Cub, for running a terrific fantasy league this year. The prizes were awesome.  I have two more repack boxes to break into yet, but I may wait until I really need a baseball fix sometime during the winter months.

I think my favorite is the Gehrig card above, but I love opening packs with cards of past baseball stars.  So, I'll leave you with my favorite four base cards from the blaster, one from each of the four main designs in this year's Archives product.  The Griffey? Yeah, it's one sweet piece of cardboard. 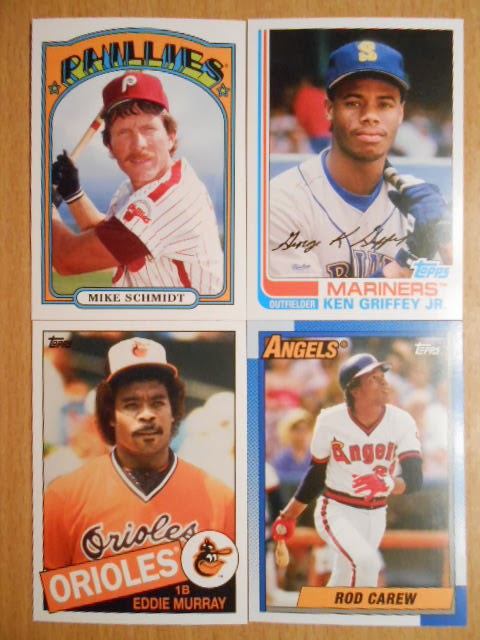