It is a rare day when I open a PWE and then immediately post about its contents.  Today, err, tonight is one of those nights.  I got home late after a few day of teaching and coaching, just finished up dinner and decided to open one of two Plain White Envelopes before turning in for bed.

Usually I'll open one and think, "Gee, that's nice."  And then I'll post about it a couple of days later.

Wes, the king of PWEs and author of Jaybarkerfan's Junk, is at it again and this PWE deserves an immediate reaction.  How do I know he's at it again? Take a look for yourself: 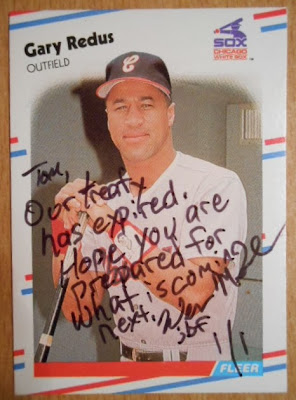 Isn't that proof enough? Wes, the Gary Redus super collector, actually defaced one of Gary's cards to drive his point home.  It's even a 1-of-1!

What's nuts is the card that accompanied Gary to my mailbox. 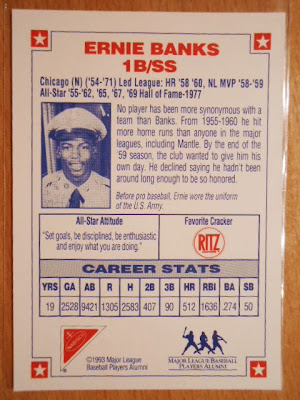 Oh wait, that's the back.  Sorry about that.  But hey, it does have a pretty neat shot of Mr. Cub in the uniform of the U.S. Army.  Pretty neat!

Here's the front and a piece of a paper that accompanied the card. 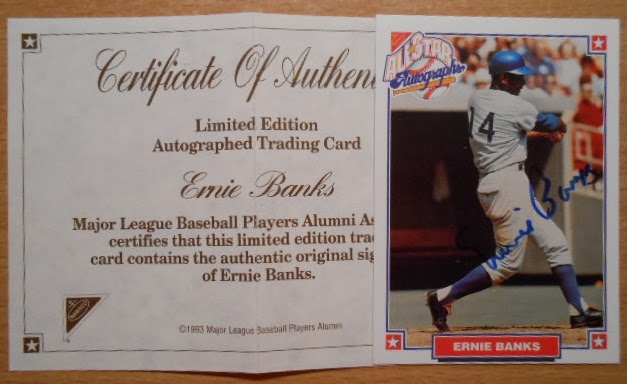 Um, yeah.  I'm not even sure what to say next.  I've never received the autograph of a Hall-of-Famer in a PWE envelope before.  Just crazy.   Crazy generous!

Wes, you are one unpredictable dude.  But, I think that's what makes this so much fun!