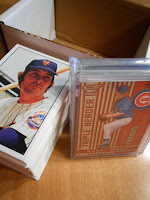 I mentioned that Wes, from Jaybarkerfan's Junk, sent me a flat rate box full of cards a couple of posts ago, which I dubbed The Kraken.  I either scouted or helped coach nine different girls basketball games last week, which has left me only enough time to open the team bag and catalog the results.

Let's just say, I'm testing the waters before I dive in during Turkey Break!

The team bag contained more than just cards of Kerry Wood: it was full of Cubs goodness!

Let's start with the odds and ends: 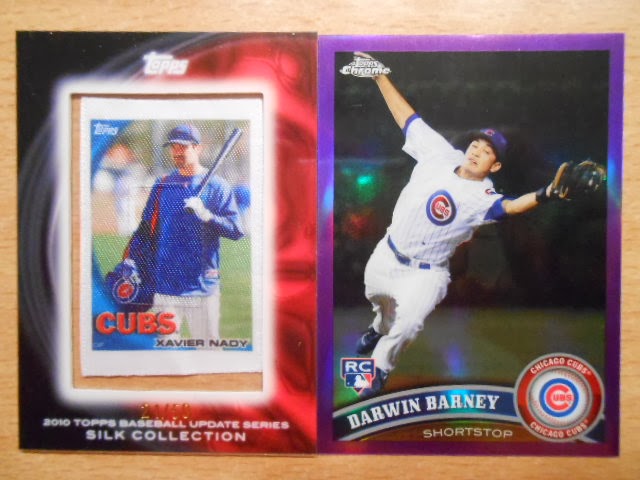 Next, a trio of Kosuke Fukudome relics: 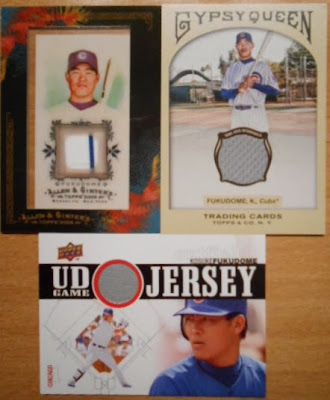 Two of these Fukudome relics are duplicates for me, but 2010 Gypsy Queen jersey card in the upper right of the picture is a new one.  My 78th different Fukudome card overall.  If there's another Fukudome collector out there be sure to let me know, because I don't want to corner the market on Fukudome relics!

Now, for the onslaught of Kerry Wood cards! 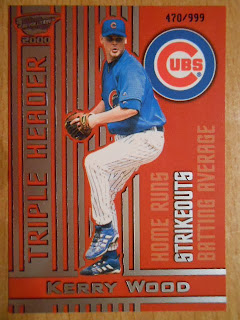 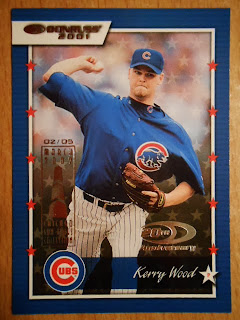 On the left is a 2000 Revolution card numbered to 999.  I've never heard of the Revolution brand before.  Anybody have any ideas?  On the right is probably my favorite card of the package.  Yes, I realize that this post is full of serial numbered cards, silk cards, jersey cards, bat cards, parallels, and even an auto.  No, I'm not crazy.  Simply stated, I like the 2001 Donruss issue, and the fact that this one is from the 2002 Chicago Sun-Times Collection makes it that much sweeter.  I'm not sure how Wes got a hold of this card, but I'm glad he inserted it into the Kraken! 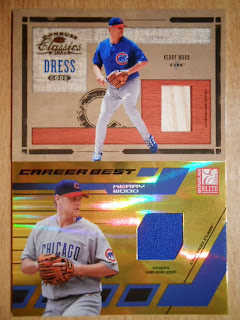 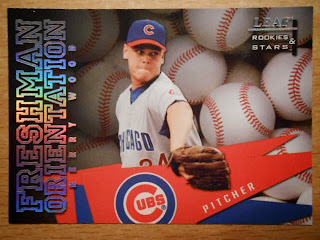 I have a different version of the Freshman Orientation card above.  This one is numbered to 5000 and the one I have isn't.  Huh.  Add another parallel to the binder!

Last, but not least another couple of beauties: 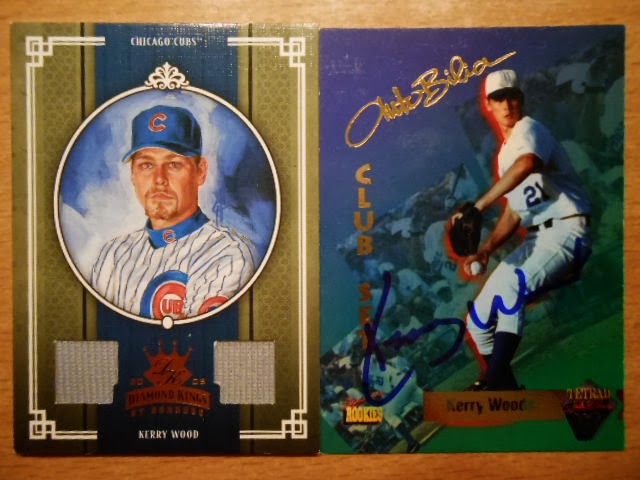 On the left we have a 2005 jersey Diamond Kings card from 2005 Donruss.  I miss the Diamond Kings cards and wish somebody would bring them back.
On the right is a 1995 Signature Rookies card that is autographed!  Holy smokes!  I'm not sure if the auto was an insert in the set, maybe a TTM auto, or an in person autograph.  Either way it's pretty sweet looking.  I didn't know Wood wore #21 during his high school days.  Perhaps if Sammy Sosa wasn't around when he made his Major League Debut, then we would know Woody by a different number?

I was approaching 250 different Kerry Wood cards before the package arrived and now I'm up to 253.  Another milestone has fallen.

Thanks for all the sweet Cubs cards, Wes!  I can't wait until I can find a little more time to crack open the next box in the Kraken!