Sometimes when you're ramfeezled things sneak by you and later you're left to wonder how you overlooked the obvious the first time around.

This is one of those times.

In my Testing the Waters post I reviewed the contents of the first box from the Kraken that Wes had sent me.  I somehow overlooked an entire team bag of cards.  How does one do manage to do that when it's a 200-count box?  I have no idea.

Let's see what I missed! 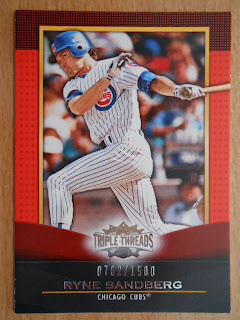 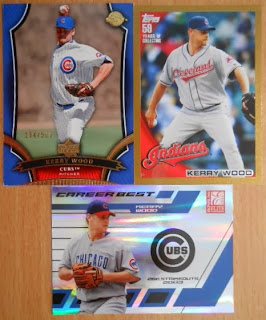 Well, how about a bunch more serial numbered cards for my player collections?  Check. Missed 'em.

Five copies of a card that features my two favorite Chicago Cubs of all time?  Quintuple Check. 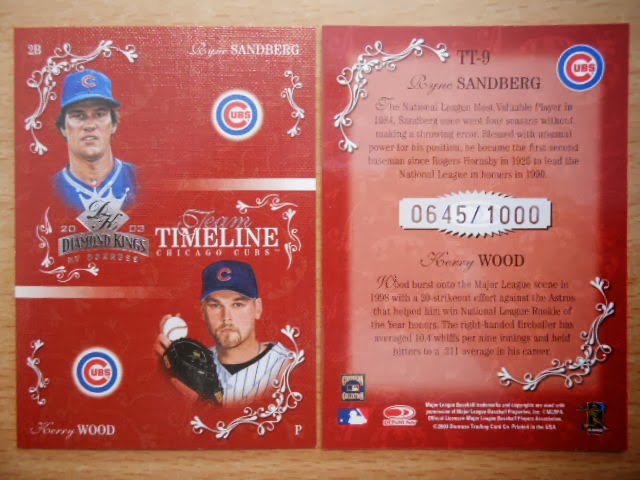 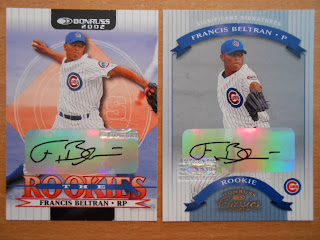 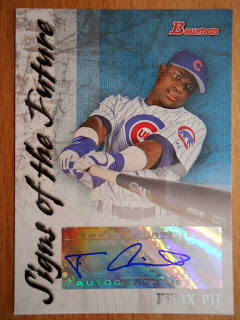 On the left we have my first Felix Pie autograph from a 2007 Bowman product.  On the right are a pair of 2002 Donruss autographs of Francis Beltran.  Both are welcome additions to my ever-growing stockpile of Cubs' autographs. 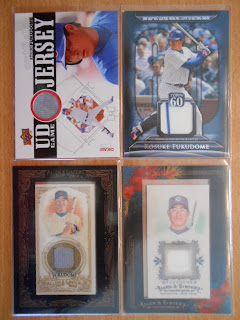 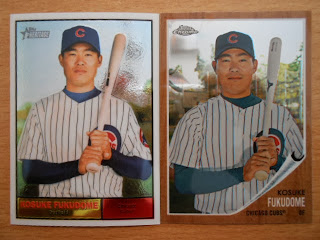 Believe it, or not, but all four of the relics on the right are duplicates in my Fukudome collection.  What's even tougher to digest is that Wes has now sent me two copies of three of those cards!

The 2010 Topps Finest card, below on the left, is probably one of better card designs I have seen in awhile. A quality picture overlaying a shiny background featuring the Cubs logo are what makes this card for me. 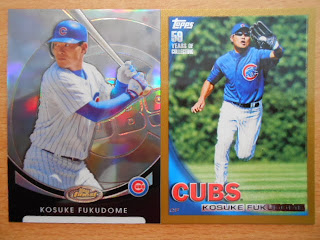 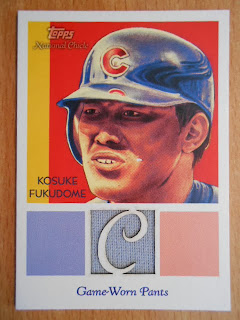 My favorite relic card of Fukudome just so happens to be the only "pants" card that I now have in my collection.  I was just getting back into collecting when Topps produced its 2010 National Chicle set and somehow this relic card flew under my radar.

Free time has been so short as of late it has been nearly a week since I opened Box #1, and when I opened what I thought was Box #2 I saw another huge stack 1975 SSPC cards.  I assumed that this stack of SSPC cards was the same ones from Box #1 and that I missed a second team bag of Cubs goodness.

Thus the blog post talking about all of the cards I missed from Box #1.  Anyone else confused?

In short, there are two boxes with large stacks of 1975 SSPC cards and each had one team bag of Cubs inside.  Yet, I just wrote this entire post as though I only opened one box.  Yikes.