Those were the last three words in an e-mail from a good blogging buddy of mine earlier this week.  Wes, of Jabarkerfan's Junk fame, almost flooded me out of my man cave with PWEs this past spring.  The flow of mail and cards from Wes was so overwhelming that I actually ran the white flag up the ol' flag post and called for a truce. He was gracious enough to cease fire and we hammered out a treaty, but then came a warning shot a couple of days ago.  And what a beauty it was!

Yesterday I received a flat rate USPS box on my front stoop.  The return address was all too familiar.

Yes.  The Kraken.  It has arrived.

Gutting the Kraken wasn't too difficult.  Never seen the innards of a Kraken before, huh?  Fear not... 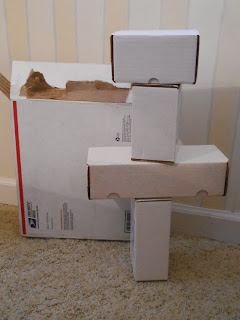 ... I've cleaned them up and stacked them into what I am now referring to as, "The Tower of Terror".

The arrival of the Kraken is timed perfectly with the beginning of my basketball coaching season.  What does that mean for my loyal readers?  With the advent of 60+ hour work weeks, the revealing of the materials found within the Kraken will be somewhat of a drawn out process, but highly therapeutic for yours truly.  Nothing helps a guy relax like baseball cards.

I've only cracked into the top box from The Tower of Terror, but here's what I saw inside: 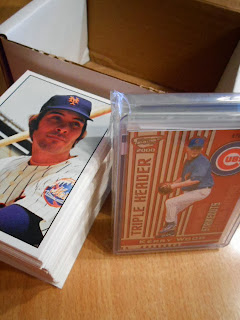 A solid brick of what appears to be Kerry Wood cards for my player collection and a LARGE stack of 1975 SSPC cards.

I cut the deck of SSPC cards and Manny Sanguillen was staring back at me. 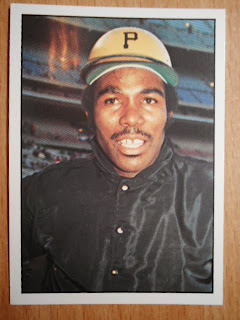 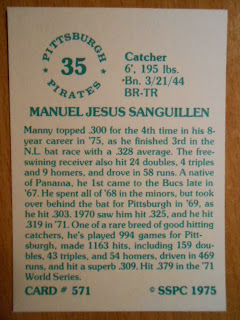 PNC park is my favorite ballpark in Major League Baseball and my wife and I have already made plans to go back this summer.  This card will be going with me with for sure!

Why?  Well, so I can ask Manny to sign it of course! 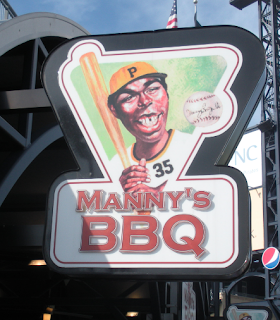 His barbecue stand is fabulous, and last time I was there he was chatting with fans and he had a plastic cup of sharpies within reach the entire time.

Oh, man, the autopsy of this Kraken is going to be a lot of fun!   Thanks, Wes!