Judson, the author of My Cardboard Habit, contacted me about my FrankenSet and we worked out a trade in which a couple dozen Bowman base cards were sent his direction for some parallels.  Judson's habit has helped him pull some fantastic 2013 Bowman cards (here & here) so I was anxious to see what he was able to part with.

By the way, My Cardboard Habit is conducting a 2013 Allen & Ginter's box break in August.  Go sign up!

Here's the parallel help for the FrankenSet from Judson: 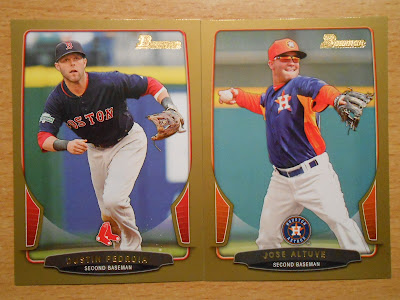 A couple of talented, yet diminutive second sackers in Pedroia and Altuve helped complete a couple of FrankenSet pages! 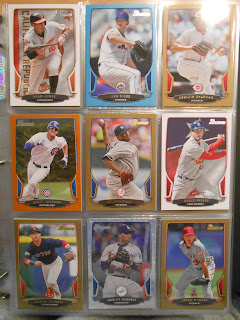 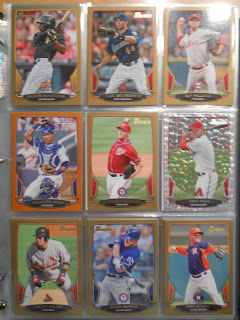 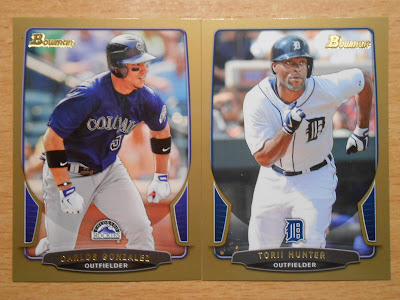 Above, 2013 All-Star selections in CarGo and Torii Hunter. 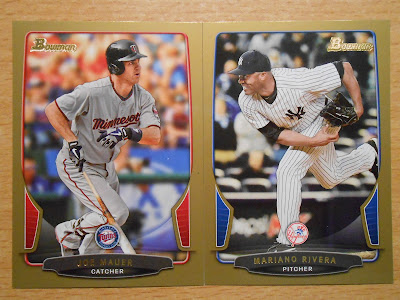 Two of the best at their respective positions: Mauer and Mo.

Mauer's card finished off another page! 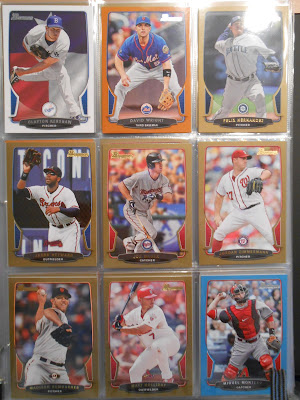 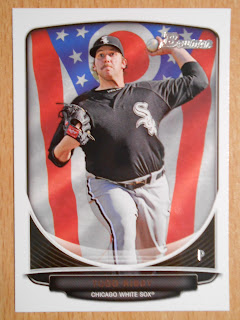 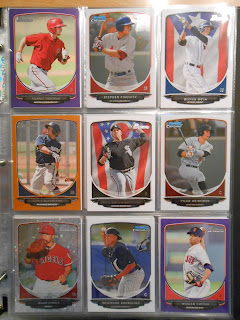 Last but not least, perhaps the most unflattering card that Todd Kibby will ever have produced of him.  (Also, another completed page!) He's listed as being 6'4" tall and weighing 240 pounds, but this camera angle makes him seem larger than C.C. Sabathia, which is hard for this blogger to comprehend.

And some bonus Cubs from the Top 100 prospects insert set.  Nice! 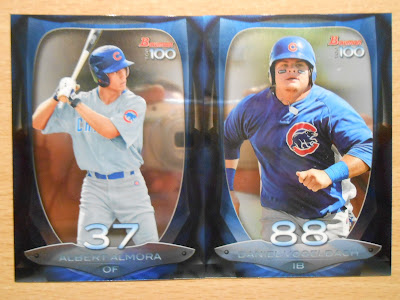 Almora and Vogelmonster, er, I mean Vogelbach, are both currently tearing up the Midwest League.