Finally settled in after returning from a couple of trips I decided to see what was new on the shelves of my local card shop (LCS).  Panini Golden Age.  Huh, why not? 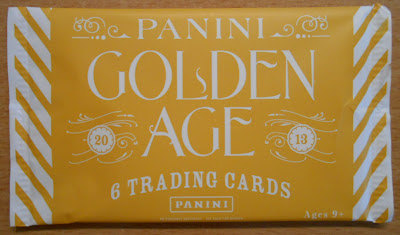 Panini, in my opinion, has done a pretty fair job producing sets without the luxury of licensing from Major League Baseball.  Plus, I heard there was a card of Bigfoot in the set!  Wouldn't that be an fun pull! 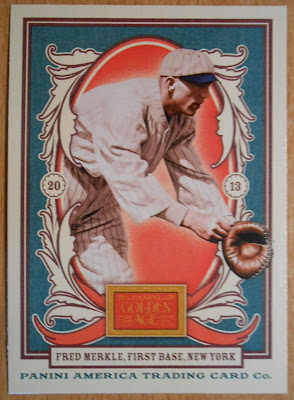 I learned of "Merkle's Boner" a few years back and Panini does a nice job recounting the event:

"Merkle had a fine big-league career, winning five pennants in 19 seasons, but is best known for a baserunning error he committed as a teenager in 1908. On a would-be game-winning hit by teammate Al Bridwell, he left the field rather than advance to second base, and was called out on a heads-up play by Chicago second baseman Johnny Evers, a costly mistake that became known as Merkle's Boner."

If I recall correctly, Merkle's running gaffe came in the heat of the pennant race and helped the Cubs claim the pennant. Thanks for the help, Fred!

Next up, Jane Russell: 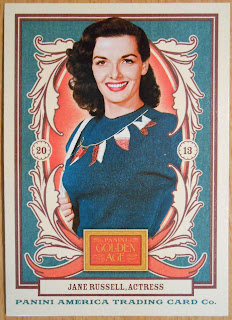 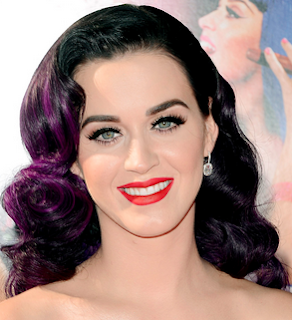 Russell was one of the world's most legendary sex symbols of the '40s and she is also is credited with founding the World Adoption Fund in 1955.  Maybe it's just me, but she looks quite similar to Katy Perry.   No? 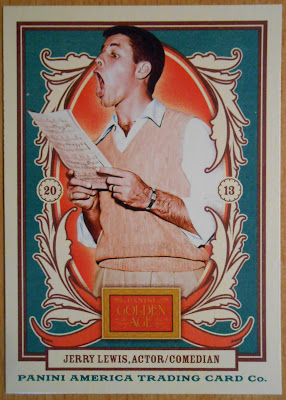 Lewis' prime was a little bit before mine, but I do recall seeing him in the Nutty Professor.

A mini!  Hall-of-Fame outfielder for the Cincinnati Reds, Edd Roush: 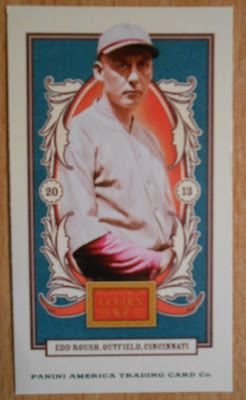 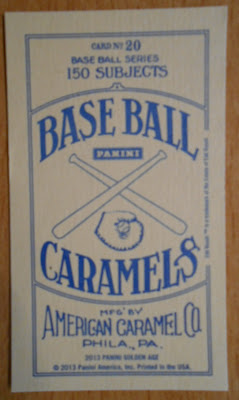 Nothing witty or noteworthy to say here.  Moving on...

Next we have actor Stanley Livingtson: 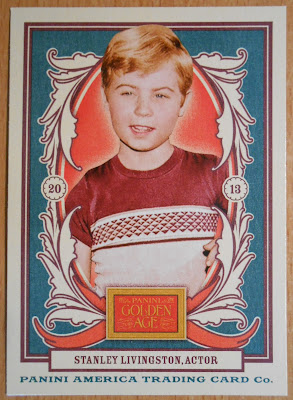 Livingston played one of the sons in the television series: My Three Sons.  The show ran from 1960 to 1972 and isn't a series that I'm familiar with.

We end the pack with Miller Huggins: 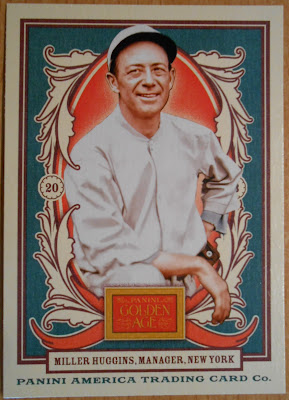 The back of his card points out that he drew 1,003 walks while only striking out 556 times.  That's a pretty impressive ratio, but not nearly as impressive as leading the Yankees to six pennants and three World Series titles during the roaring 20s!

This wasn't a great pack in my eyes.  I like Fred Merkle card and it will probably find a spot in one of my binders before too long, but I'm not a big fan of cardboard featuring something other than baseball players, which is the main reason I've never been sold on Allen & Ginter's.  I have a growing stack of non sports related cards in my man cave that I don't know what to do with.

Does this bother anyone else or am I in the minority on this one?  What do you guys do with your cards that feature actors, politicians, world's tallest buildings, and the ascent of man?

Thanks for checking in today.  I look forward to reading your suggestions on what to do with Russell, Lewis, Livingston, and the rest that I've been accumulating through the years.