Trade with Play at the Plate

Brian, from Play at the Plate, and I struck up a deal where I would send him 200 or so of my Texas Rangers for "whatever they were worth to him."  At the time I was trying to thin my collection and I was glad that the cards would go to a good home.

Yesterday in the mailbox I found a package from Texas.  Let's take a look inside! 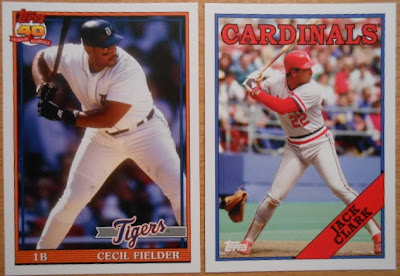 A pair of lefties, one sweet swingin' and the other wild throwin': 1992 Sid Bream and 1992 Mitch Williams. 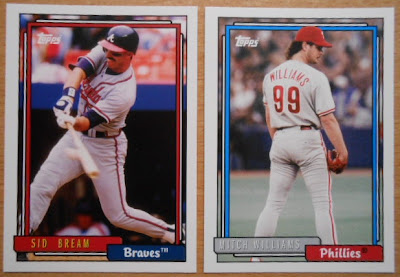 I wish these guys were still playing to help the Orioles reach the playoffs in 2012: 1972 Brooks Robinson and 1980 Ken Singleton. 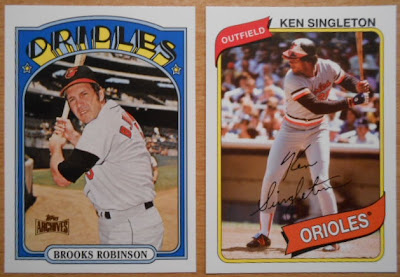 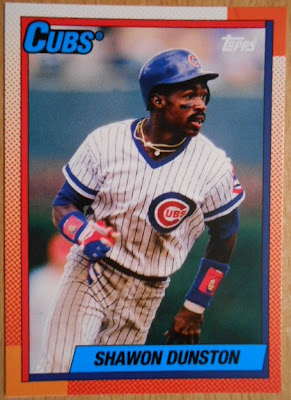 . . . there was a 1955 rookie card reprint of Roberto Clemente staring back at me.  Good gracious, that's a pretty cool card.  I, like many collectors out there, love everything Clemente.  The actual 1955 card, in good shape, runs around $5,000, but this five dollar version is quite spectacular and it's going in my keeper album for sure.  I'll have to track down another for my Archives set! 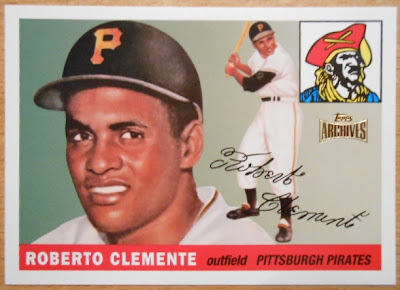 Thanks for a great trade, Brian!  I couldn't be happier!