I Finished a Rainbow of Sorts

Gleyber Torres is the Cubs next BIG prospect. (You know, outside of The Vogelmonster.)  He's a soon to be nineteen year old shortstop, who hails from Venezuela.

When I picked up this first card Bowman Chrome or Heritage Minors had not yet hit the shelves and this was the only licensed card of Torres'. 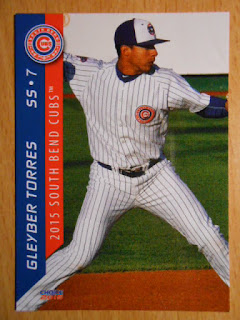 Torres played for the South Bend Cubs of the Midwest League before being promoted to High-A Myrtle Beach at the end of the season. 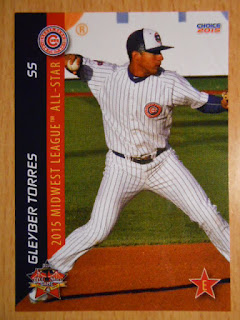 He was the eastern squad's starting shortstop for the Midwest League All-Star game held in Peoria and made a nice jump throw from the hole at short to get the runner at first base, which my friend was able to capture with a camera! 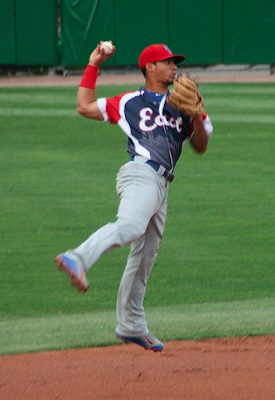 Torres was named Midwest League Prospect of the Year back in late August. 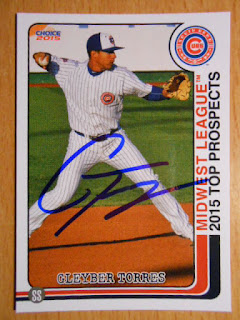 The autograph card was my last pickup.  I usually don't purchase non-certified autographs from Ebay, but the seller seemed to check out, the signature looks consistent with the Bowman Chrome autographs, and the price was right.  Plus, it completes my quasi-rainbow!