The show gets smaller and smaller with each passing year. We were missing two of the usual dealers which knocked the number down to fifteen in all.  If I remember correctly I bought cardboard from six of the dealers today, ranging from a purchase of one dollar up to twenty-five dollars.

I've sorted through everything and I'm happy to say that I've added cards to the stacks of six of my more frequent trading partners. Plus, I found #5 from my my "Top 5 Most Wanted" cards list in the right margin. Now, I just have to remember who I promised to hunt this McKirahan card down for! 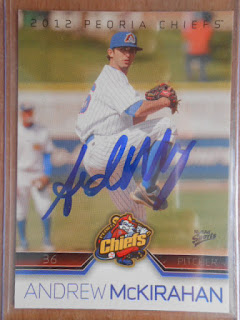 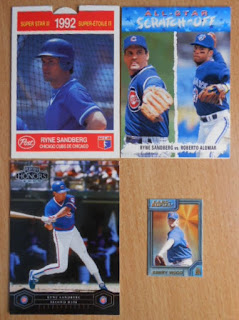 For a buck a piece, the three Sandberg cards go right into the player collection.  The top left card is from Post, but it's all in French. It has a tab at the top to pull and batting Ryno "stand-ups" on the other side.  Oh lala!
The Kerry Wood card is a Pacific Card-supial, which I've talked about before, but can always use more of!

The bottom left is from the 2004 Playoff set, one of the card companies that came around during the fifteen years I was away from the hobby. The card on the top right is from a 1994 Upper Deck set and it's a scratch-off game!  Here's the inside:

And here are the rules on the back: 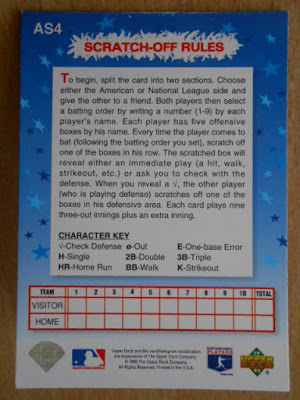 Pretty cool, no?  Speaking of cool, I decided to splurge and buy some Cubs.  The Panini Lester is very X-fractor-ish, but it's numbered and would look sweet with an autograph.  #2016CubConvention 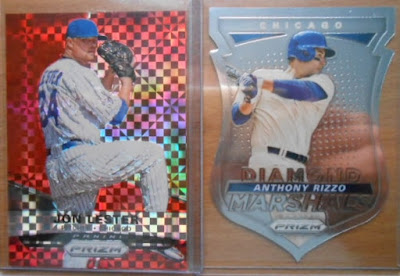 The Rizzo is my second "badge" card, but it's the only one in my collection now as I sent a McCutchen to West Virginia some time ago.

I remember when Chris Archer was acquired from the Indians and then pitched for the Peoria Chiefs.  Now he's a stud starter for Tampa, but a card of his in Cubs blue is most welcome. 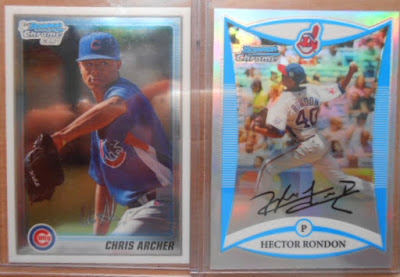 I didn't know this card of Hector Rondon existed until today.  Maybe it was an overpay at a dollar, but I'm still happy to have it.

I found a Billy Williams card I didn't own and a nice card of a smiling Derrek Lee. You know when you spend like ten minutes at one table looking through the dealer's wares and you don't really find anything that speaks to you, but feel like you should purchase something anyway?  Yeah, these two cards are an example of that. Four for a buck.  The other two from this purchase are earmarked for a bro in Portland. 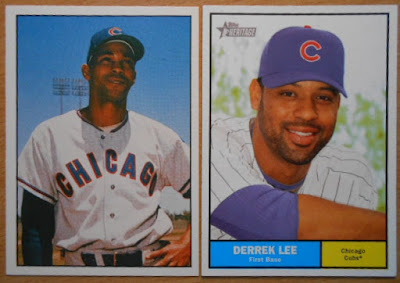 I still think Jorger Soler is the real deal.  I know he performed at replacement level this year, but he had one of the wider strike zone the first two months of the season and then he battle some injuries.  Tough luck. 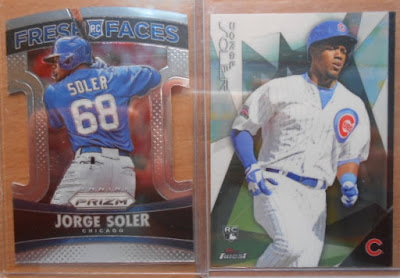 These two were part of my largest monetary purchase of the day.  Each was five bucks and I'm very, very pleased to add them to my collection. 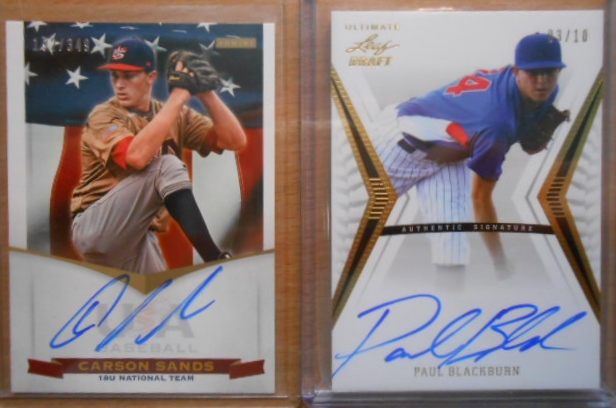 Carson Sands is part of that stellar 2014 Cubs draft class and Paul Blackburn still has a chance to make the majors.  A Blackburn autographed AND serial numbered (#/10) for five bucks?  Yes, please!  May I have another?

The last dealer I purchased from had three jumbo boxes at 75% off.  Heaven!  I picked out some trade bait and then found nine different Donruss puzzles.  The cost?  A cool $5 for the nine. 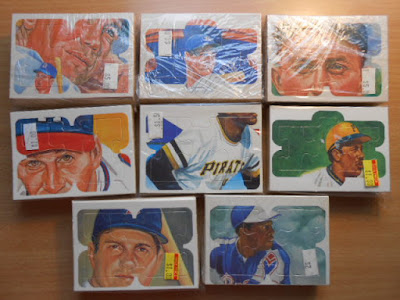 I'm thinking about putting the puzzles together, framing them, and decorating the walls outside the man room with them.  We'll see if that ever happens, but it does sound like a nice idea!

Everything else from here goes into the trade boxes.  I didn't really have anyone in mind for these cards, but they caught my eye for one reason or another and the price was right in each case. 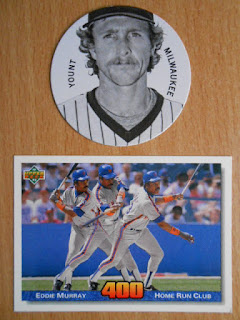 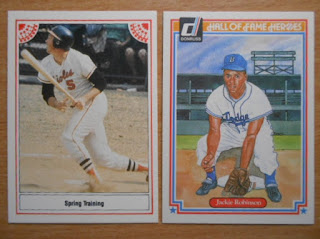 I believe that's a Brooks Robinson card, but no where (front or back) does it ever mention a name. 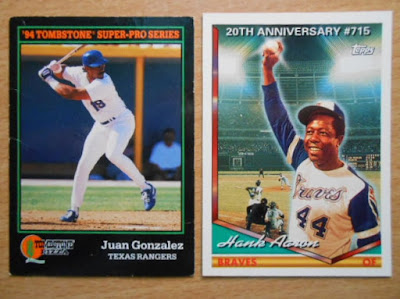 The Juan Gone card is really beat up, but it's a pizza card for a dime!  How could I pass that up?

I've said it before and I'll say it again, I LOVE Houston's orange alternate jersey tops.  They are fantastic. 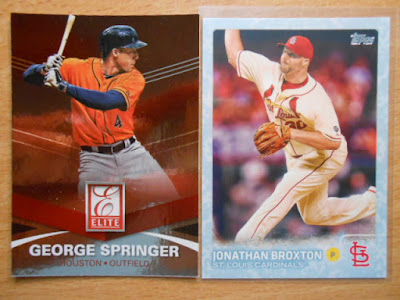 A snow camo of a Cardinal?  If there's no takers for this one, then I'll probably trade it in for some David Ross cards from 2015 Update at my LCS.  Can you believe not one of the fifteen dealers had any Topps Update singles?  And only one had packs that I could buy?  Ouch.  So much for me finding Pete Gray card or David Ross' throwback variation. 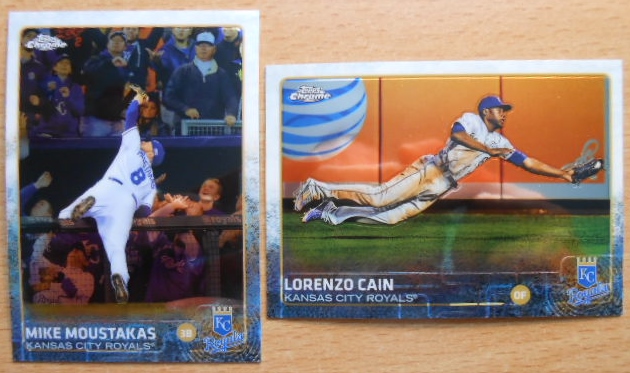 These two will stay in my collection.  I have a Moose bobblehead that will now be flanked by this card.  And, how cool of a shot of that is Lorenzo Cain.  If you want to read a cool story about Cain and how he broke into baseball, then you should read the article featuring him in Sports Illustrated last year.

Leave me a note if you see anything you're interested in.  I'm always up for a trade.