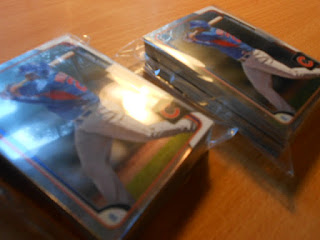 All the Dan Vogelbach cards from the 15 cases arrived the other day. Inside I found more than enough base chrome to keep me happy and three other cards that are a little rarer. 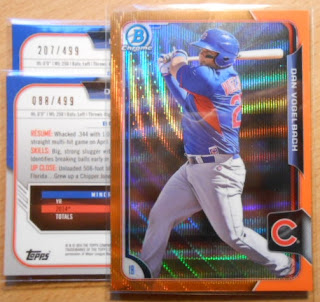 I rolled the dice and did OK: two refractors numbered to 499 and one orange wave. I was hoping for a lower numbered parallel or two, but I struck out as far as that goes.  I've picked up five more parallels since then and I'm up to eight Vogelmonster cards from the rainbow. 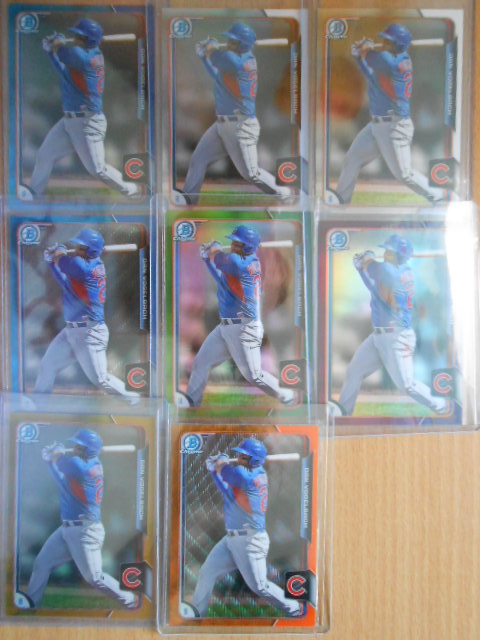 I have yet to pull the trigger on the orange (#/25) and I haven't seen a red (#/5) or the superfractor pop up yet on eBay.  Above I have the blue wave, base chrome, refractor, blue, green, purple, gold, and orange wave.

I was in a pretty good mood last night after the Cubs clinched at least four more games to play by advancing to the NLCS.  So, I decided to catalog all of my Vogelmonsters! 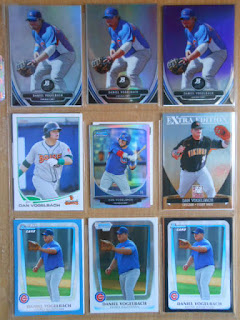 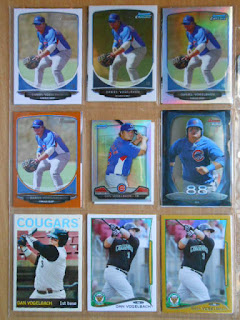 There are lots of Bowman cards, which isn't a surprise, with a smattering of Topps thrown in for good measure. 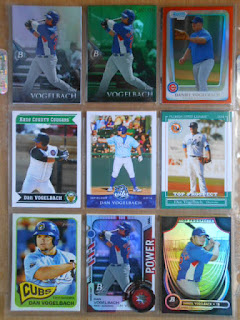 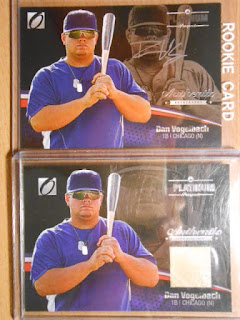 I have a few cards of Vogelbach from minor league team sets and those are probably some of my favorites. I like the unique (used only once) pictures!  The Onyx above is a game used batting glove.  That's kinda cool. 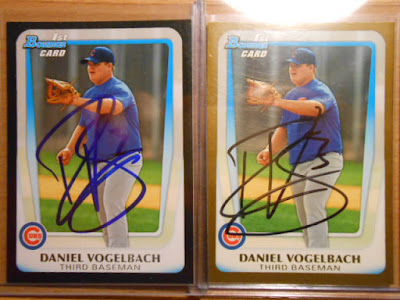 I've landed three in person autographs while Vogelbach was playing in the Midwest.  I think they are much better than the little ones confined to stickers. 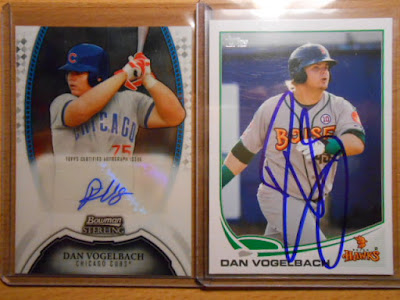 There are six autographs in all, which is he most I have of any one given player. 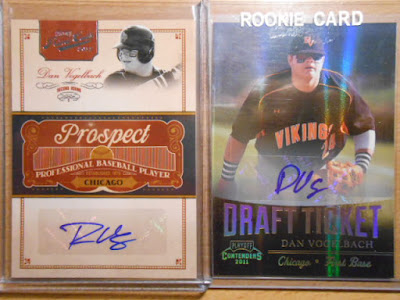 If you'd like to check out my "have list" feel free to click here.  I'm always up for a great trade involving the masher known as the Vogelmonster!

Thanks for stopping by and go Cubs!