My beautiful wife of 13 years (as of tomorrow) planned another wonderful vacation trip, four hours south of P-town, to the Lake of Egypt. The lake is home to the Southern Illinois Power Cooperative, so if you can get over he consistent hum and the smoke stack it's not a bad place to be. 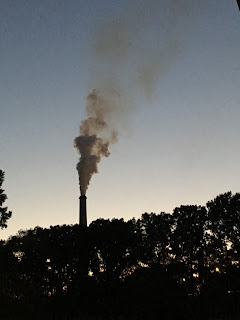 The power plant uses the lake to cool the water during the energy creating process, which leaves the lake at temperatures in the low 80s.

Our rental cottage was very nice and it granted us water access, which we took advantage of on multiple occasions. Laura likes to nap on her paddleboard, but she didn't want to float away so she tethered herself to the dock. 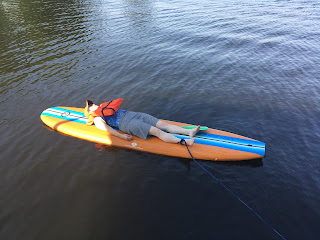 We went out paddle boarding a few times, and one morning we thought we'd try to beat the rain only to get out about two miles when the skies opened up.

We took shelter under a covered dock/pier for probably twenty-five minutes or so. Luckily, we weren't chased off by the owners!

We did a bunch of hiking, too! 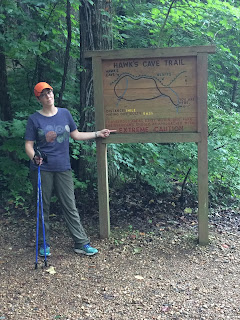 Many of the trail head signs warned us to use extreme caution.  Ha! 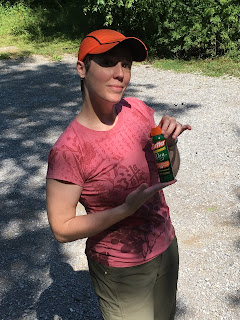 The biggest thing we had to worry about was being eaten alive. Although, being the first one on the trails in the morning also meant dealing with a plentiful amount of spider webs. Ack! 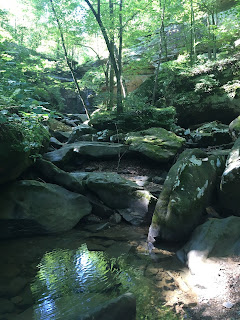 There were some really fun trails involving waterfalls, streams, and crazy rock formations. 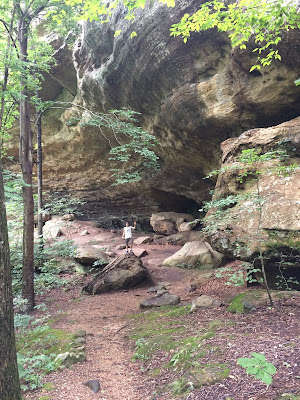 If you check near the center of this picture you'll see me waving. The rocks were huge!


A couple of my favorite moments involved food. Naturally.   The first came after we were on our way back from hiking in the heat and Laura spotted a general store, in the middle of uber-rural southern Illinois, which boasted all sorts of supplies ... and ice cream!  We stopped, went in and were told, "Nope. Sorry. No ice cream. That sign out there has been there for ages and we just haven't changed it." Yeah, that stunk, but the consolation prize was homemade pie. Yum!

Later that night we were craving ice cream and Laura suggested the gas station up the way. I was expecting a stand-alone freezer with ice cream novelties and nothing more. I was partly right. They had the novelty ice cream, another stand-alone with Dippin' Dots and one more with pre-made waffle cones dipped in chocolate. Did I mention they also had eight different cartons if you wanted a hand-dipped cone?  I was so happy! 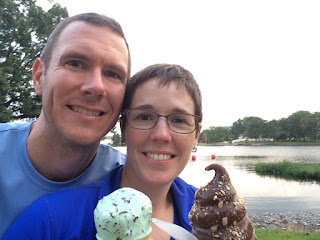 When you get this far out in the country it's all about the gas stations and general stores. And, they didn't let us down! 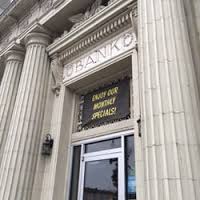 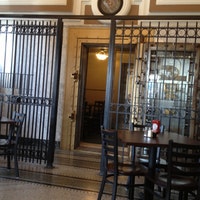 Lastly, we stopped by The Vault in Marion, IL for lunch on the way out of town. The Vault was an old bank, on the square in Marion, which had been turned into a restaurant. It was a pretty neat!

We created a fair amount of memorable moments on our trip and when I came home I found a recent purchase waiting for me in the mailbox. 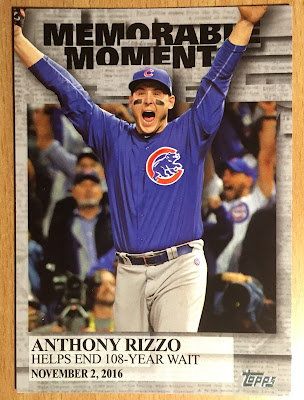 This Memorable Moments insert from Topps Series 2 was just the perfect thing to throw into my World Series binder. 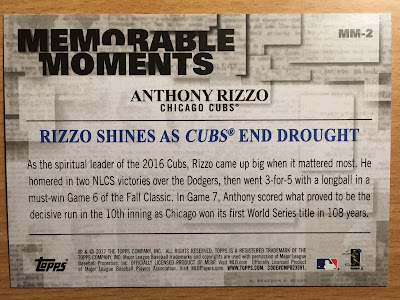 You like how I linked all of that together?   I thought it worked rather well!