Cards from My First Cousin Once Removed, Part 1 of 2

This post has been coming for a long time. Typically, I don't write something for the blog until the cards have been collated and absorbed by my collection, and that's the main reason for such a delay on hefty box of cards I received as a gift back on April 30th.

Laura and I went to southwest Wisconsin to support the art show of the couple who once played matchmaker with us. I could get more into the minutiae, but they are a private couple who don't care much for the internet, so we'll keep the details at a minimum. While at the art show we bumped into my mother's cousin Mark and his wife. Mark is a baseball fan and a retired high school math teacher from the St. Louis area.

I've never met Mark before, but he was great to talk to. We conversed about school and baseball quite a bit. And because we have so much in common it was kind of like peering into my future twenty years down the road. The future is pretty good!

At one point we left the art show and went for a short walk to his car and he gifted me a bat and a box of baseball items. I wasn't expecting this and was very much unprepared to receive such a generous gift. Yet, I found out, this wasn't his first donation to my collection. It turns out he's the one who secretly gifted me cards about two years ago. Sneaky, sneaky!

Here's the bat, which is currently hanging in my bat rack in the man room.

It's a Bobby Bonds model which Mark said he used back in his college days, if I recall correctly.

Everything else fit in this box, which could probably hold four 800-count card boxes. 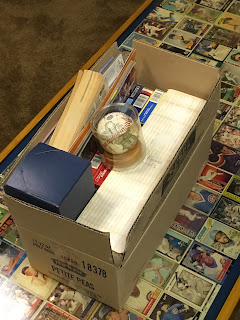 The book on top is the next one in my "to read" pile. 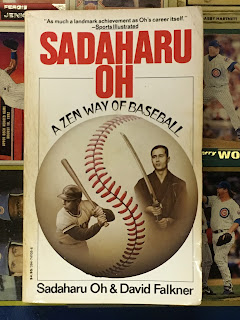 I've always been fascinated with the foreign professional leagues and I think this one will be a solid and enlightening read.

I'm not sure about the origins of this baseball, but it's pretty spiffy. At this point in time, it's being housed in my entertainment system with my bobblehead collection. 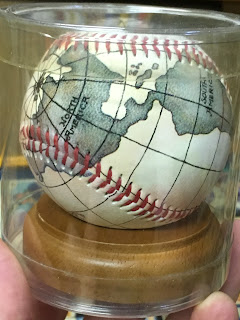 The blue box in the above picture is actually a box from the National Baseball Hall of Fame. Pretty cool. 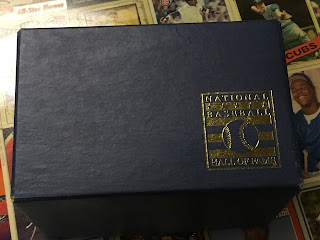 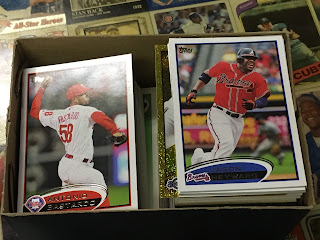 Elsewhere in the box I found these boxed sets, which were all new to my collection! 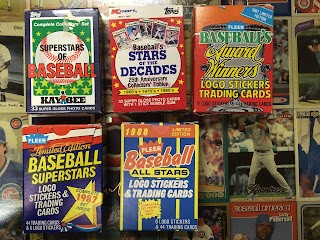 There were numerous baseball sticker albums in the box as well. 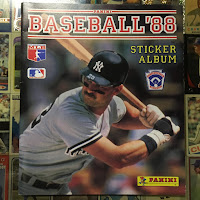 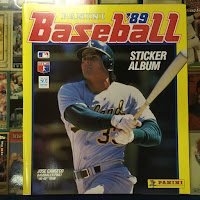 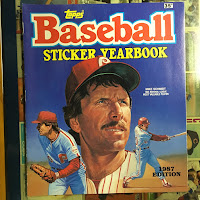 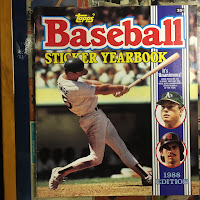 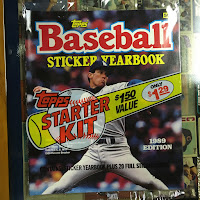 I really enjoyed flipping through this magazine, below, from about eighteen years ago and reading about the all-time greatest players.  I wonder where Ichiro or Trout would fit into that list? 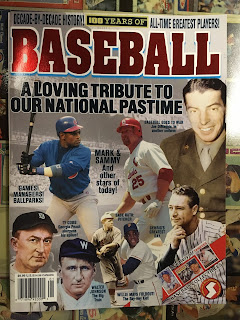 Here's a two-pocket school folder of Eric Davis. I had one of these back in the day, but I don't remember the player. 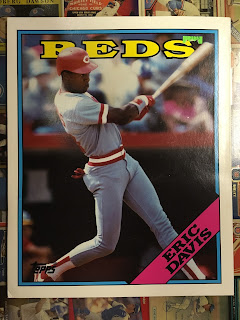 It's in pretty good condition and surprisingly enough there were some papers inside! 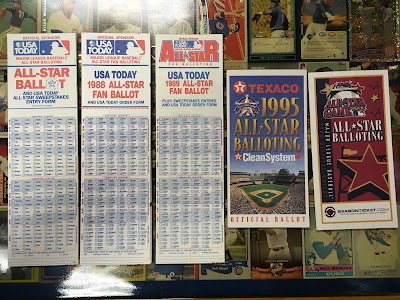 All-Star ballots from five different years!  That's kind of random, but pretty neat to browse through!

There were three 800-count boxes of cards within the original big box. One of them contained a full set of 1986 Topps. Nice! 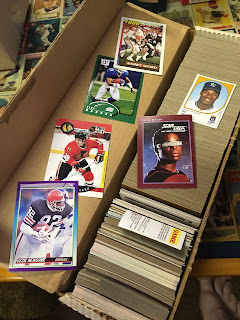 The others contained a mix of cards.  I when I say "mix" I mean there was a little bit of everything! 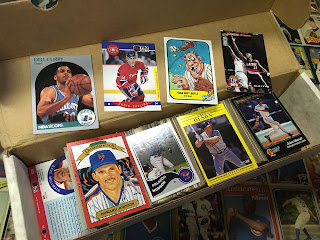 Tomorrow we'll show my favorite finds from Mark's gift.  We'll use the below picture as a little bit of a teaser. 😜