2017 has been a slow year of trading for yours truly, but that is mostly of my own doing. Lots going on and little to zero new cardboard coming in to provide as trade fodder. Yet, when I saw a 2017 Stadium Club VOGELMONSTER card being dangled over at Johnny's Trading Spot . . . well, I went scrounging for cards to send to John for a second time this month. (Here's the first swap from early July.) 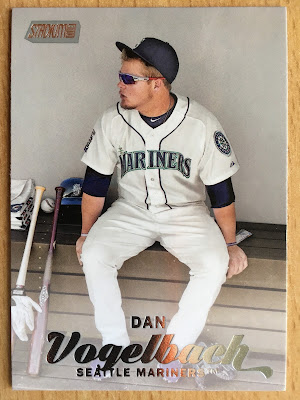 Believe it or not, I had already acquired the gold foil and the black foil before I could add this base card to my VOGELMONSTER player collection. I didn't mind buying the parallels on Ebay, but I knew someone would eventually pull a base card I could trade for!

Here are the other Stadium Club cards we agreed to swap. 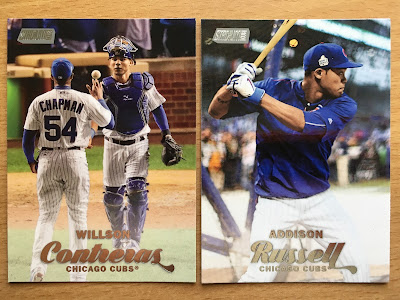 Stadium Club is my favorite set of 2017 and my decision is based solely upon the photography. Maybe Topps Gallery or Topps Fire will change my mind later this collecting season when they are released in Wal-Mart and Target, respectively. 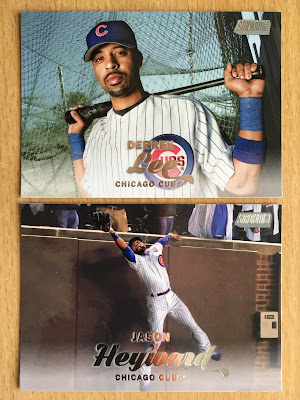 Choosing Derrek Lee to make a cameo in the set was a nice surprise! 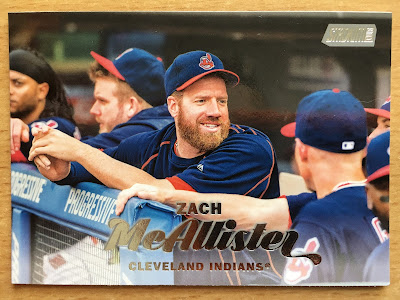 Zach McAllister played ball for a local rival high school back in the day. I have a modest collection of Z-mac and I wouldn't mind seeing it blossom into something larger at some point.

And now, on to the non Stadium Club portion of the package. John, being John, sent more than the Dan Vogelbach card, which was quite generous! 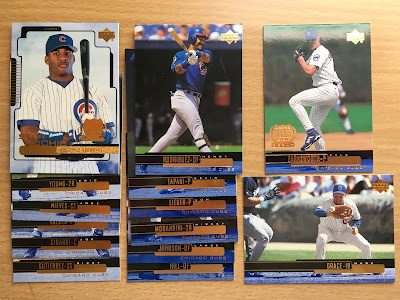 I'm fairly certain I have now achieved complete team set status for this particular 2000 Upper Deck release. I was missing the Kerry Wood, and this copy has been moved to his binder. 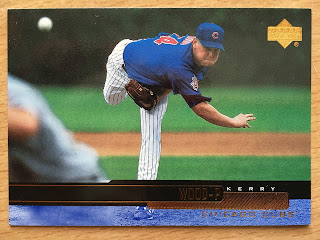 Other cards new to my collection: 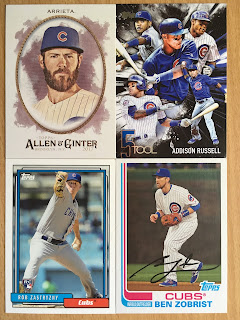 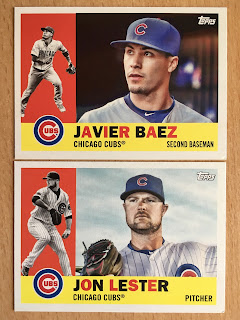 The 5-Tool insert cards are pretty neat. I think the Baez card is really well done and the photo selection is right on. The Zobrist card is another solid addition! 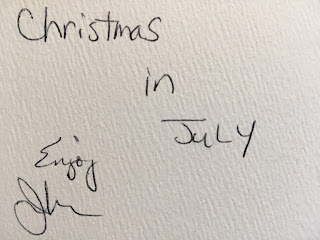 Quite the stocking stuffer of cards!  Thanks for the quick trade, John!