I'm still not exactly sure what The World Cup of Trading all entails, but the fact that Wes was behind it was all I needed to know.

Wes and I have had a nice storied run of trades over the years, and I knew that even though I claimed only three cards . . . well, let's just say I knew better than to expect ONLY three cards.

Here's the three I claimed: 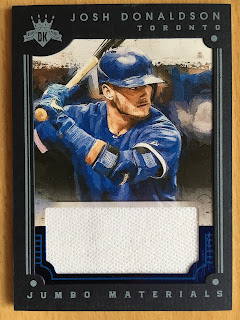 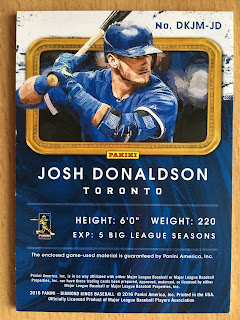 At one point I sent every Josh Donaldson card I could find to Wes, so when I saw I could add one to my collection I jumped on it!  To my surprise it's numbered 3/5. Wow! 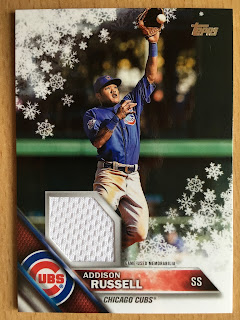 Addison Russell's had a bad year... slumping offensively and his name has been in the papers for the wrong reasons. But, the snow flakes are kind of cool, right? 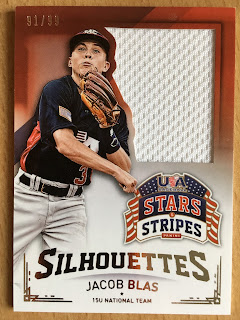 Jacob Blas will be a freshman in college next year at the University of Arizona... supposedly he's a pretty good talent. Maybe I have a future Cub here?  One can hope!

And here's a shot of the rest of the cards Wes sent my way: 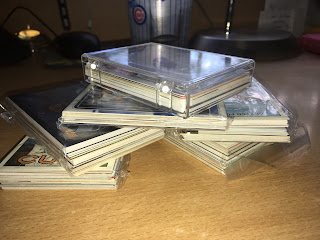 Here's the best of the rest, starting with the parallels: 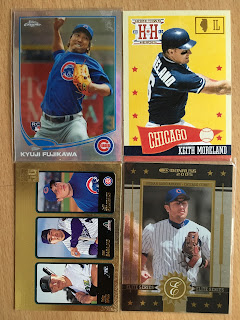 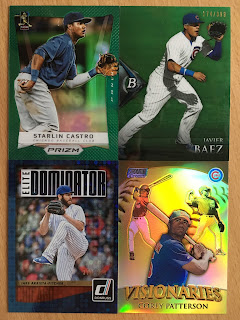 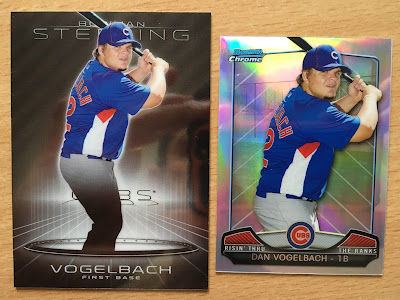 Cards for my Brooks Kieschnick collection: 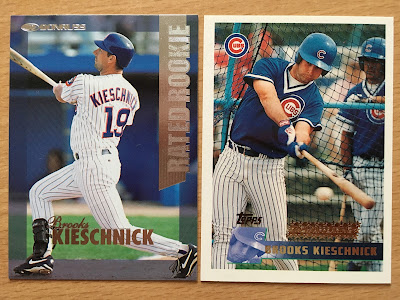 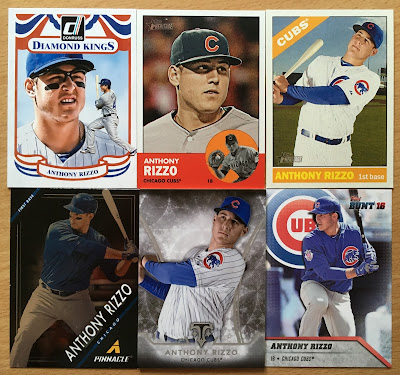 A masher in Glenallen Hill and... 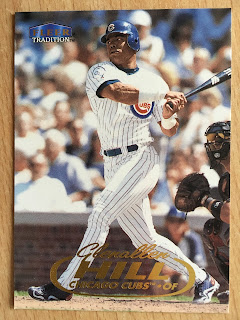 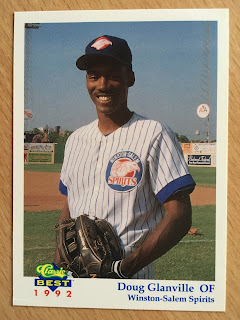 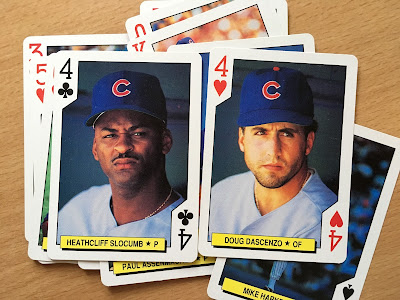 Playing cards of the Cubs I grew up watching on WGN. 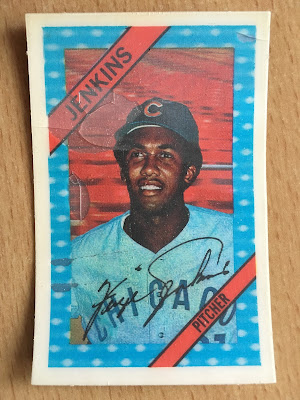 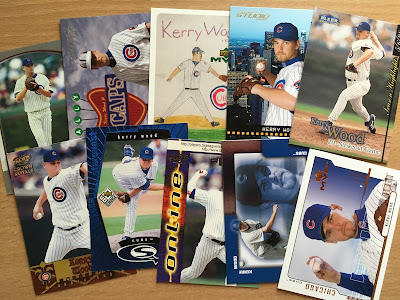 Six of these Kerry Wood cards were new to my collection and I now sit at 510 unique cards. 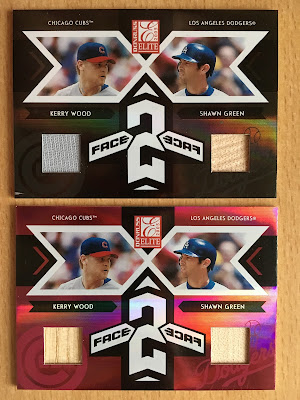 The Face2Face cards are super thick and numbered. I wonder why Kerry Wood was paired with Shawn Green? For what it's worth, Shawn Green had a 1.418 OPS against Wood in 15 plate appearances.

I could post plenty more pictures of cardboard, but how about we switch it up: 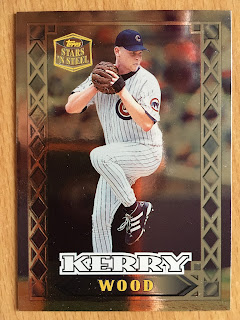 This is the second Stars 'N Steel card of Kerry Wood Wes has sent to me over the years. The card is actually made of metal.

How does Wes come by this stuff? 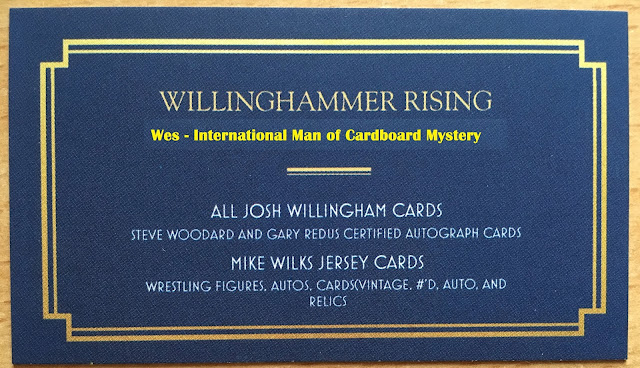 I honestly don't know, but the business card he included sure is spot on!