Here's one more trade post summary while I'm on vacation and the blog is on auto-pilot.

This one comes from Johnny's Trading Spot. John is a Braves fan, but he pulled one of those fan-dangled coins out of Topps Archives. It happened to be the Kris Bryant coin, which resulted in me reaching out for a good ol' fashioned card/coin swap. 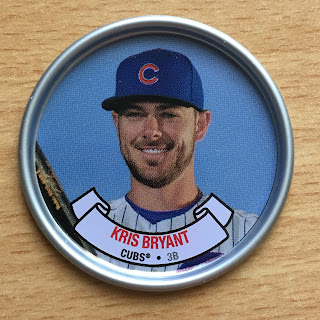 But, wait!  There were cards, too! 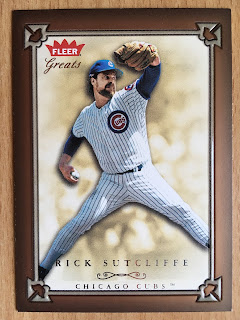 I wish I would have been collecting during 2005. This Fleer Greats set looks to be wonderfully done. I wonder if I could find any boxes to bust 12 years later? I wish you could feel he texture of the cards. It has kind of a smooth flat paint-like finish and the silver border is raised. Very nice! 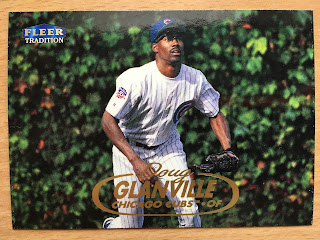 Another card and a wonderful ivy shot of Eamus Catuli favorite Doug Glanville.
Two solid Fleer cards in a row?  Alright, somebody give them back their license. 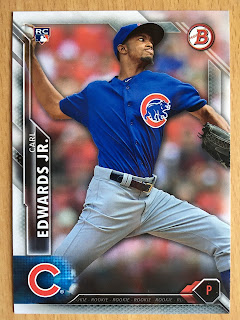 Carl Edwards, Jr. is having a nice year. Yep, like Glanville, I have a player collection of Carl as well! 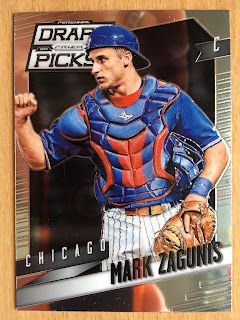 The recently promoted Mark Zagunis is no longer a catcher, but he has some solid on-base skills. The Cubs' outfield is pretty crowded though when healthy.  I wish him luck! 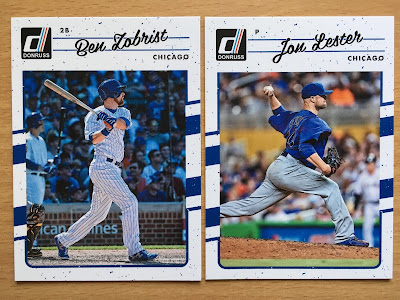 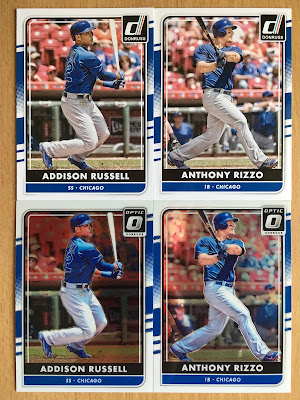 Above, is the 2016 Donruss design and their chrome counterparts. Shiny! 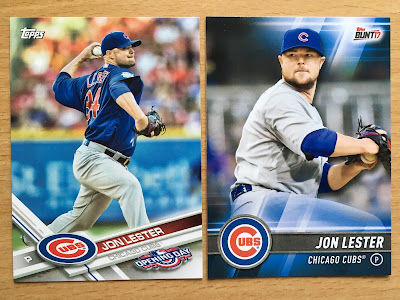 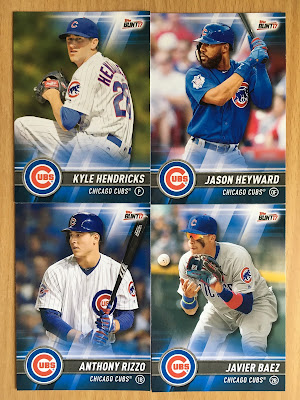 More Topps Bunt!  I was thinking about picking up a couple of cheap boxes during Black Friday this year, but I may have to nix that since I'm really close to finishing off the Cubs team set already.