The Cubs traded their version of Roy Hobbs, a starter who hits 100 MPH with ease, and two other fringe pieces for Jose Quintana this morning. Some are saying it's an overpay in young talent for a #2 or #3 starter. Dylan Cease, the flamethrower pitcher, was my guy. I'm bummed, but I get the move and I think it makes the Cubs better for this year and through 2020, assuming Quintana pitchers to his career numbers.

Maybe the Cubs 4-for-1 wasn't a complete overpay in talent.  Want to know what was?

I was hoping to find a retail blaster, because I knew I could get 40 cards for a twenty spot. So out the door I went. After hitting two Targets AND two Wal-Marts this morning and coming up empty I decided to bite the bullet and go to my LCS.

Why do I say that? The good people at the red and blue box stores price things at the MSRP, and they don't mark prices up because Aaron Judge is a beast. People who know cards also know supply and demand. Unfortunately, they know who Aaron Judge is.

My LCS owner bought one 16-box case and it arrived yesterday. Twelve of the boxes sold yesterday and they already opened a second box to sell individual packs. The shelves only had two unopened boxes left in less than twenty-four hours time. Wow.

I didn't have to purchase anything, but I needed to rip something and I've been eyeing Stadium Club since the sell sheet was released some time ago. There's fifteen Cubs base cards in the base set, including Ryne Sandberg, and THE VOGELMONSTER is also in this product!  Plus, it's Stadium Club, the cards always beautiful. 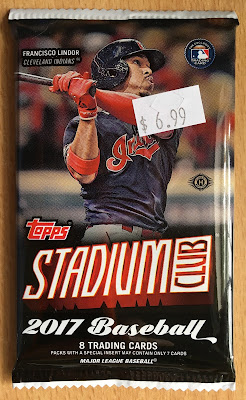 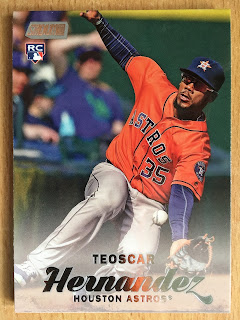 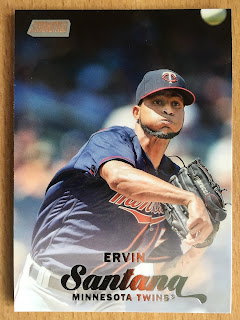 But, know your blogger/collector. I'm not an autograph hound. Sure, they move the needle a little bit for me, but so does a cool looking base card. 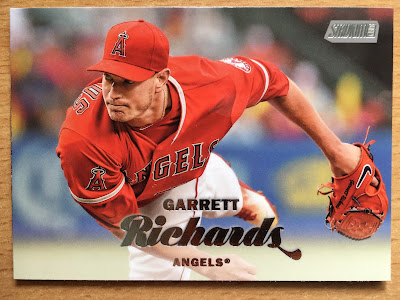 And you know what Stadium Club is known for?  That's right: Cool Looking Base Cards.
I was seriously thinking about building the 2017 Stadium Club set from packs. (You should see the watch list in my Ebay account.)  I don't know if I'll pull the trigger now.