I have a Secret Admirer? 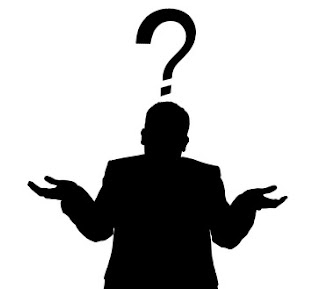 A yellow padded mailer arrived in my mailbox recently without a return address.  Mail bomb?  Nope.  It was . . .

Who would have thought my drivel would amount to as much?

Let's see what my secret admirer sent me! 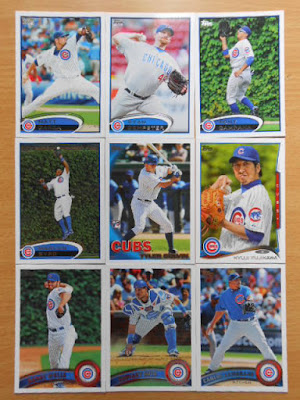 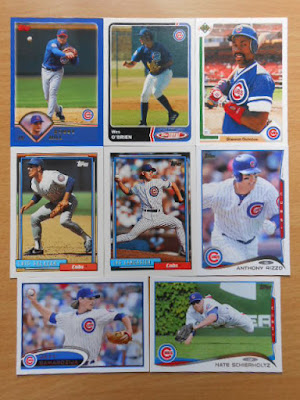 We have some more recent edition of Topps plus a Bobby Hill from 2003, a Topps Total card from the same year, a '91 Upper Deck card of Shawon Duntson, and two card from the 1992 Topps set.

But, that's not all!  Jake Arrieta now has a lumberjack beard and Welly is doing his thing for the Diamondbacks, but they are still two of my favorites. 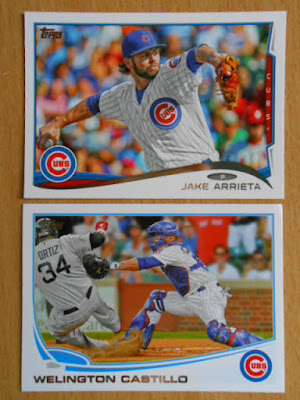 Speaking of favorites: Reed Johnson is cutting his way through a flock of venomous sea gulls to rob an opponent of extra bases.  It's my blog and I can say sea gulls have a lethal bite if I choose to.  I didn't get 100,000 page views for nothing! 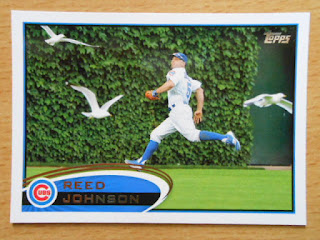 Lastly, my two favorite cards from the envelope . . . 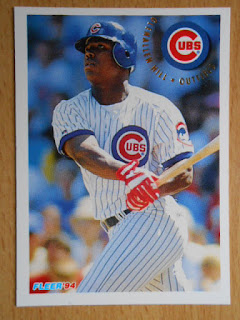 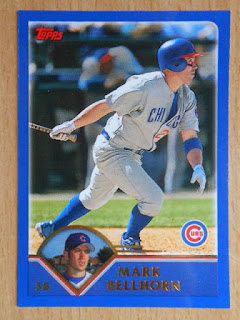 Glenallen Hill was one bad dude, but in a good mashing of baseball kind of way.  If I were a baseball I would be deathly afraid of him and his bat. Mark Bellhorn was a jack-of-all-trades type who provided some nice bursts of power from time to time.

I went through all the cards and cross checked them against my Cubs FrankenSet and I found that the following cards pictured below all had parallels in the set, except the Marlon Byrd, which is just the base. 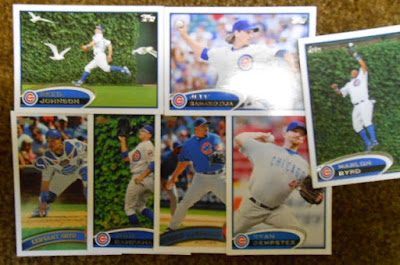 So, my secret admirer was turned away in those attempts.  I do love me some parallels!

But, two did make the cut: 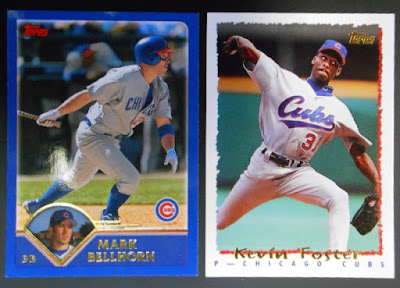 The 2003 Topps card of Bellhorn kicked out the 1995 Topps card of Kevin Foster.  Foster had two cards in my set and Bellhorn was yet to be represented, but now they are all squared away. 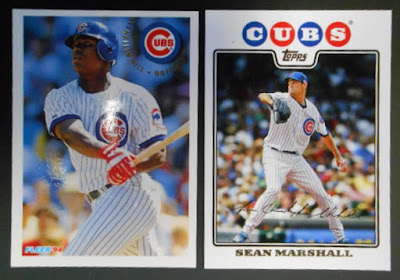 Glenallen Hill gets his second card in the set while Sean Marshall sees his total go from five to four.   I can live with that exchange. Plus, 1994 Fleer cards are pretty scarce in my FrankenSet.