A Pack of 2016 Heritage Minor League

I think I'm finally to the point in my collecting life where I don't mind paying a little extra if it makes things easier on myself. I stopped by LCS today to pick up some 100 and 200 count boxes to ship some cards. It's so much easier to ship larger quantities of cards if you have a box that will fit.

That reminds me . . . if you're looking for set fillers or builders please check out my post from yesterday! 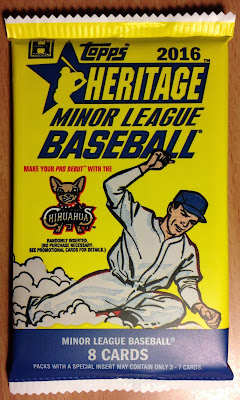 While I was at the LCS I found something I hadn't ripped this year so I dug to the bottom of the box and picked out a winner. 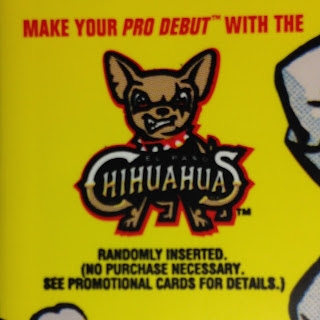 Nope, never mind.  I didn't win anything. In fact, this pack upset me a little, but more on that in a bit. Let's get to the cards first. 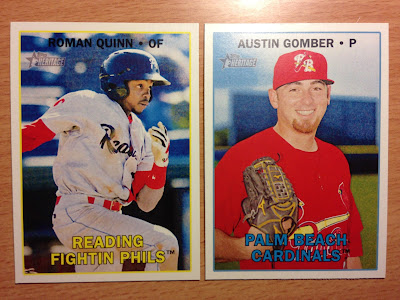 Roman Quinn, of the Phillies, is a switch-hitting lead-off type hitter with speed and decent on-base skills. He's someone I would consider taking a flyer on for next year in a fantasy league. Austin Gomber played in P-town last year and is one of three lefty pitchers in this pack. Normally I'd be all excited to get a player who played in Peoria, but he's a Cardinal. Meh. 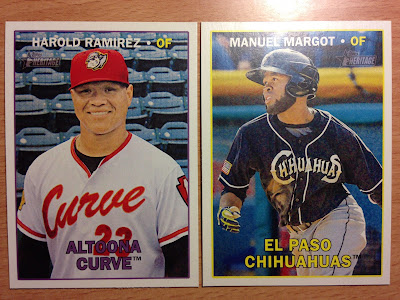 Harold Ramirez was sent packing in a deal with Francisco Liriano from Pittsburgh to Toronto for Drew Hutchinson. Manuel Margot is a another lead-off type hitter I like and he is part of the rebuild out in San Diego. Margot, like Quinn, both had cups of coffee this fall. 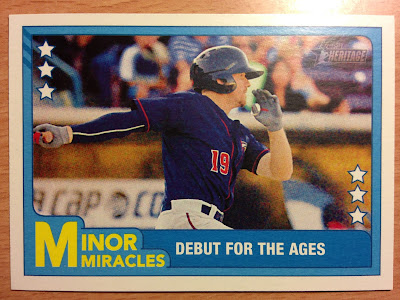 Derek Fisher is in the Astros' system is the FOURTH guy in this pack who can play centerfield. Fisher may have more power than the previous three combined. 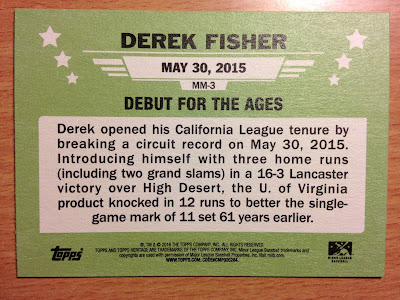 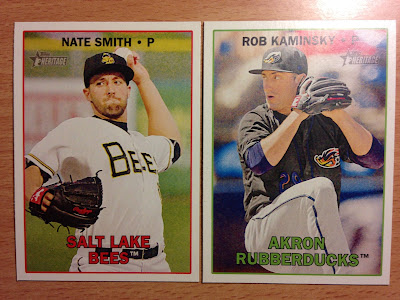 Nate Smith spent 2016 in AAA for the Angels, but none of his stats really pop out to me. Rob Kaminsky, a former #1 pick, also played in P-town, but now is in the Indians organization. He may taste the big leagues in 2017, but will probably be more of a roster presence in 2018. 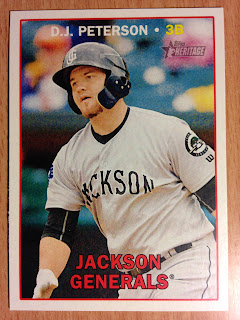 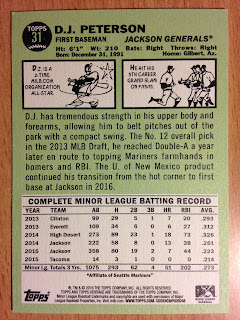 D.J. Peterson. Hmph. D.J. is another former #1 draft pick for the Mariners and although he can man the hot corner, he is currently the most immediate internal threat to the VOGELMONSTER winning the first base job in 2017. I don't think Peterson is ready for big league pitching yet, but even so I was not happy to be reminded of his presence in Seattle's depth chart. Double Hmph.

Well, that's it for the pack. All the cards will be dumped into my trade box to be randomly distributed to fans of those teams unless someone sees something they would like and comments below.
Thanks for stopping by!
Posted by P-town Tom at 10/03/2016 07:34:00 PM