More than a Pedestrian Lineup

Chris, the author of The (Pedestrian) Collector, sent me an e-mail regarding some cards I was looking to unload. In return he sent me a nice stash of Cubs goodness for my troubles.  Actually, it was a win-win for yours truly as I was able to gain some space in my card closet AND I received new Cubs cards. Isn't life grand?

This package leads off with some Cubs checklists from the 1996 Fleer set. 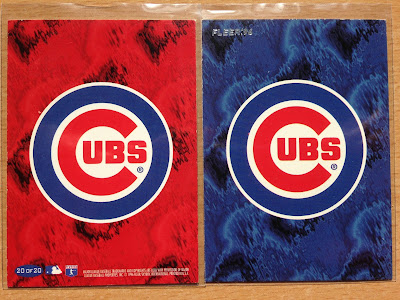 I love cards like this because I try to fill all nine pockets in the first page of every binder with nine different cards of the Cubs logo. I have plenty of Fleer stickers from the 80s, but these are new to my collection and will certainly stand out!

These two cards very easily could have started the post, but they fit nicely in the two slot. 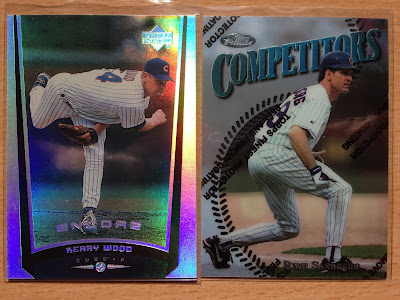 In the three hole we find a 2004 Topps Fan Favorites card of Don Kessinger. I have a modest collection of the slick fielding shortstop and this card will give it a nice little boost. 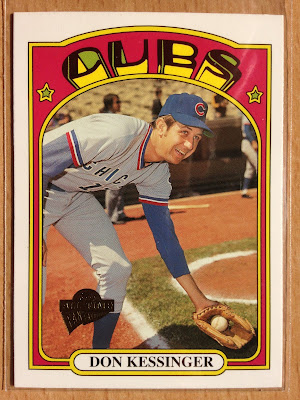 Batting cleanup is a quartet of heavy hitters: Soriano, Alou, Sosa, and DLee. 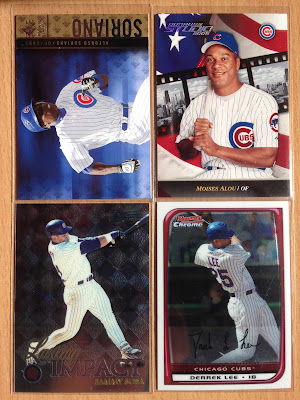 In the five hole we find a player who could very well find himself there someday in the future for the Cubs: Jeimer Candelario. 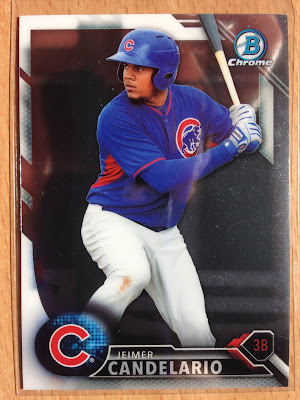 Candelario got a cup of coffee this year and has taken some nice developmental strides the past year.  It made more sense a few years ago during the rebuild, but for some reason I'm still attracted to Bowman Chrome prospects of Cubs players even though there's little chance they'll unseat Bryant, Baez, Russell, Contreras or Schwarber.

Batting sixth we have a pair of Cubs from my childhood. Shawon Dunston had a cannon of an arm and so did Mitch Williams. 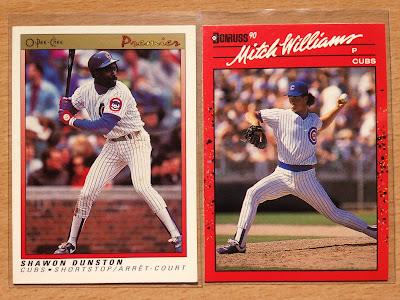 A pitcher batting seventh?  Well, I don't have much of a choice, because it's nothing but hurlers from here on out. 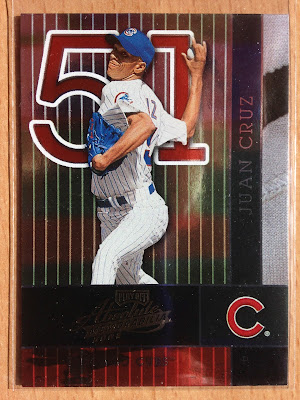 I liked Juan Cruz' raw stuff. Simply stated: He was filthy. But what I like more is this card design because of the large number in the background. I wish card companies would put a little more emphasis on the player's number. 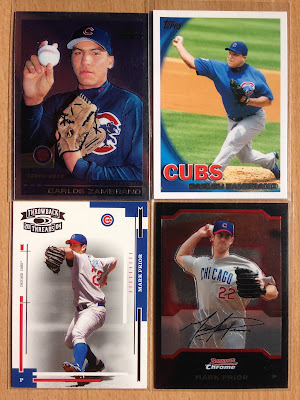 Nicknames and players from over a decade ago. Boy, does time fly.

And, warming up in the bullpen, we have an excellent Topps Opening day insert card of John Lackey. 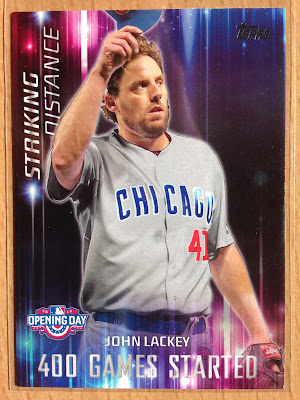 Lackey is tonight's starting pitcher in Game #4 of The World Series, a game which the Cubs must find a way to win to have any chance of beating the Indians in series. Hopefully, the captured photo is similar to how we'll see Lackey exiting tonight's ballgame, which would be preferable to him walking from the found, head down, mumbling not-so-sweet nothings to himself on the way to the dugout.  One can hope!

Chris, thank you for reaching out and starting this trade. We'll have to do it again sometime!