#Supertraders from the Great White North

Unannounced packages are the best and I think that's one of the top two reasons I like being a part of the #Supertraders group. 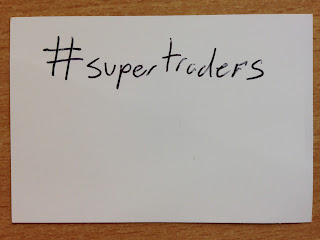 This one arrived last Friday and comes from Douglas, the mind behind the ever enjoyable read known as Sportscards From the Dollar Store.

It also comes with a bit of a taste from America's neighbor to the north.  See, here's the other side of the cards shown above: 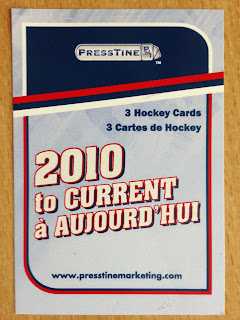 And as one might expect there was some O-Pee-Chee cards included, too.  Nice! 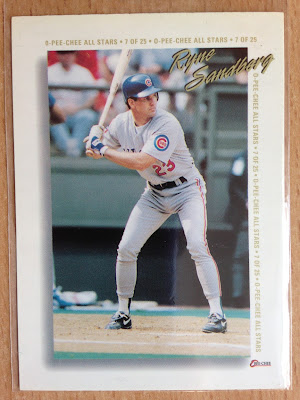 This is a 1994 O-Pee-Chee advertisement, but is number 7 of 25. Twenty-five different variations on an advertisement for a individually numbered, jumbo, gold stamped twenty-five card factory set?  Craziness! 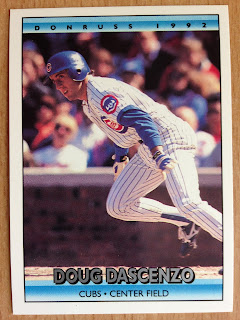 There were lots of cards in the mailer including one for my Doug Dascenzo player collection. 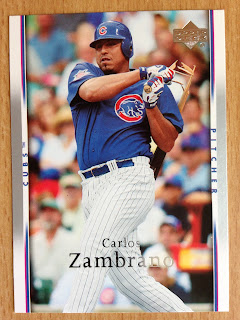 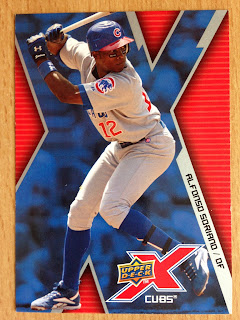 Here's a cool shot of Big Z breaking his bat during a swing. I figure he cracked it on contact and it broke over his shoulder, right? I know he was strong, but breaking a bat over your shoulder is not an easy order. I like the Upper Deck X Soriano as well. So much blue and red! 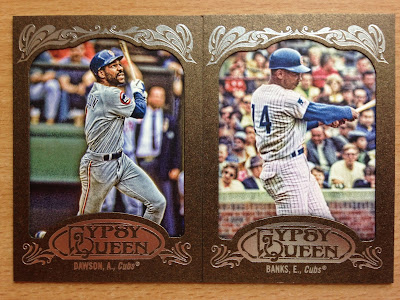 How about a couple of nice gold framed Gypsy Queen cards of Cubs Hall-of-famers?  Sweet! 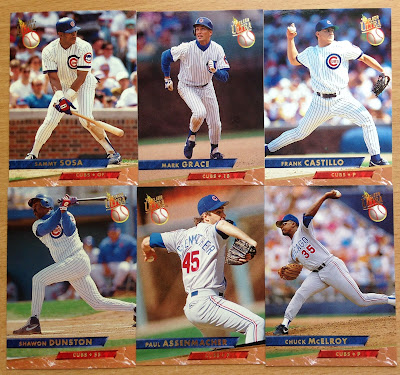 There was a quality grouping of Fleer Ultra cards from my high school days, back when I did not collect. These filled a nice gap in my Cubs collection.

Lastly, I'll leave you with an auto. Topps flooded the market with autos of this player in 2014 and 2015, yet this is my first one.  And what a beauty it is! 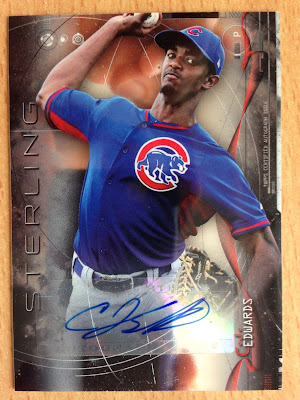 This is a 2014 Bowman Sterling autograph of Carl Edwards, Jr.  Edwards has been in the Cubs bullpen for most of the second half of the season, and I'd argue he has the filthiest stuff in the pen. Sure Strop and Rondon have nasty sliders and Chapman can light up a gun, but Edwards has a starter's repertoire, including a 12-to-6 curve that buckles knees, and his fastball has movement. He is one tough cookie to hit.