I've done a little subbing around the high school during my planning period early this semester. So far I have filled the shoes of a math teacher, English teacher, and special education teacher in a co-taught classroom. It's interesting to walk into different classrooms and meet new students, plus the extra pay I receive I put toward cardboard.

This little gem came in the mail today. 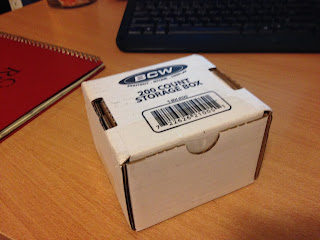 I found a seller who ship everything, no matter how many auctions I won, for $3.50. 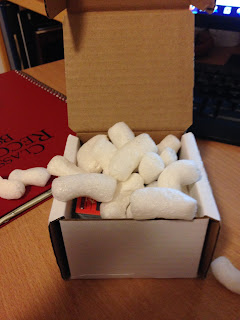 I won TWENTY-FOUR auctions and the seller was kind enough to upgrade me to a box and send bonus cards! 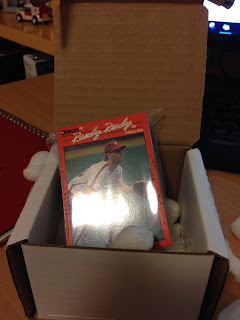 Well, okay. They're junk wax which was used to help the package in transit.  Not exactly a bonus. 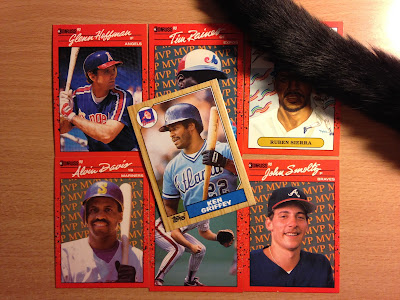 That's a Ruben Sierra Diamond King under Gus' tail. Not that you were interested.

From what I hear Topps made 250 Blue Sapphire Chrome sets and this seller was doing a set break. 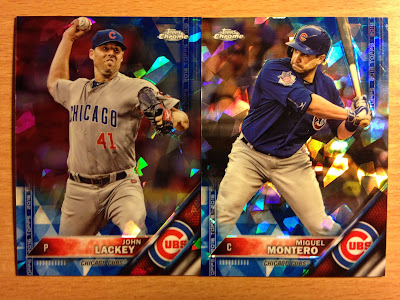 I put minimum bids on forty-one cards and some higher bids on others. 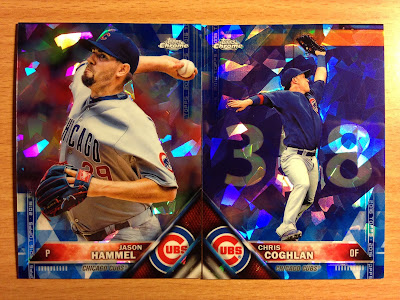 The auctions were set to come to a close during the time I was scheduled to video tape the high school football game for the coaching staff last Friday night. 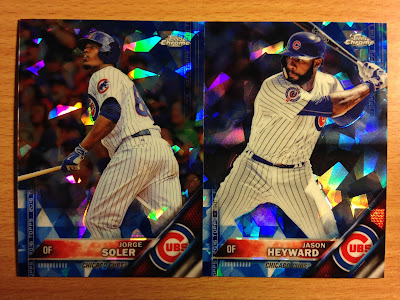 I lost many of the auctions that I only put the minimum bid on, but I won my fair share as well. 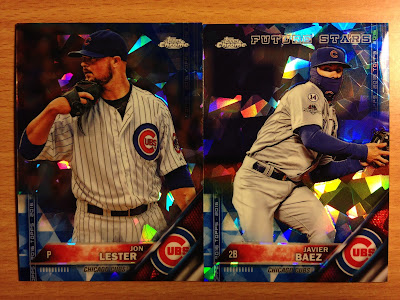 My phone was lighting up with e-mails during the game proclaiming "Got Away" and "You Won". During breaks in the action I had just enough time to see which I secured and which I was outbid on. It was kind of fun! 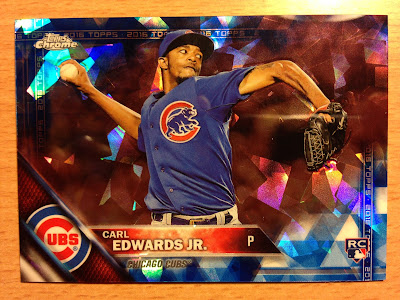 I thought I could send a few Dodger cards to Night Owl, because these cards look super sweet in hand with the blue tint. But, sadly, I lost every Dodger auction and was shut out on a couple of the other teams as well. 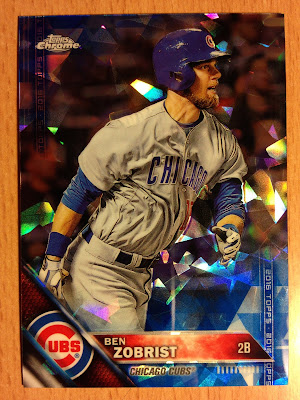 In all, I won the eleven Cubs cads above and a baker's dozen for my blogging buddies. 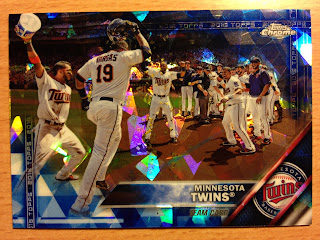 Brian will get this Twins team card AND the Vargas base. But, I think BWTP will be the most satisfied as I was able to win five auctions for him. I guess there isn't much competition for Pirates cards out there?

Other notables in the box . . . Lucroy & Scooter, a Lamb and some guy named Waino. All the cards will be sent out soon.