If I Had Million Dollars

If you're like me, then you like to spend those precious moments of free time to browse Ebay with nary the intent to place a bid. I admit, I like to look at cardboard, especially the higher end items. I'll never own them, but it's nice to dream. I can't walk on to a car lot or in a jewelry store to just peruse the merchandise without feeling pressure from a salesperson. I love the anonymity of Ebay.  No pressure to purchase. No hassle. No problems.

I was recently contacted by a representative from Invaluable.com, which is a premier auction site, and I took a look around.

Wow!  There is some serious window shopping to be done on that auction site!

The Louisville Slugger Museum and Factory has a bunch of auctions up and there is some really awesome stuff. I actually just killed two hours of my Veterans Day browsing the auctions with out the actual intent to buy anything.  So much cool stuff to look at and dream on. 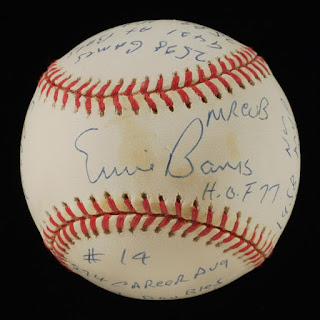 If I had a million dollars I'd pay off the house, buy the ball, and then maybe get you guys a few things, too.

For Matt, from Bob Walk the Plank, I found a nice chunk of the foul poll from Forbes Field.

Anyone know of a Dodger fan who is also a night owl?  Isn't this ticket stub almost too perfect? 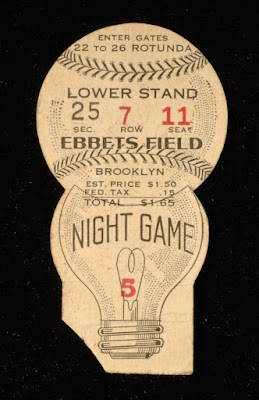 Did you know Willie Stargell is one of the players Gavin, of Baseball Card Breakdown, is collecting.  I didn't know until recently when I was looking for some cards to send him.  Do you think he would like this bowling shirt? 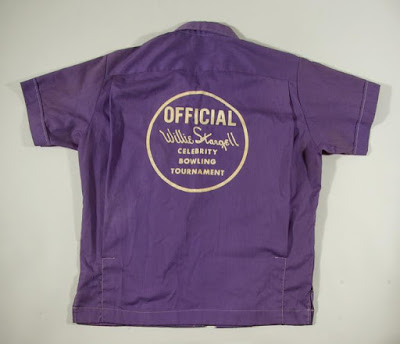 What do you get the guy who has nearly every Griffey card ever manufactured?  Maybe the Junior Junkie would like a glove, ball, bat or cleats? 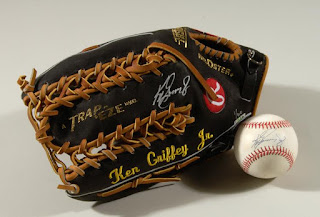 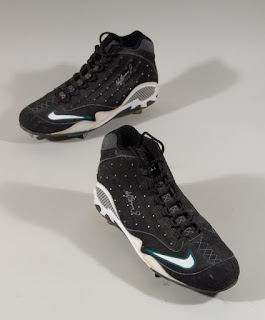 I haven't traded with Kerry in some time, but I bet he would have room for a ball, amongst his Cards on Cards. 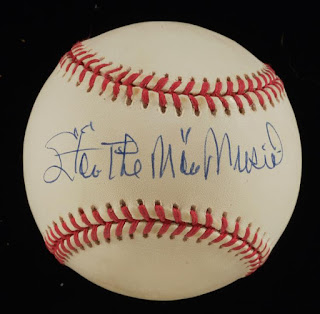 I saw this platter and at first thought it should belong in the tableware section of the site, but then I realized it might be something a Brewers/Braves guy might want to use during dinner parties?  No?  Yeah, that was probably a stretch. 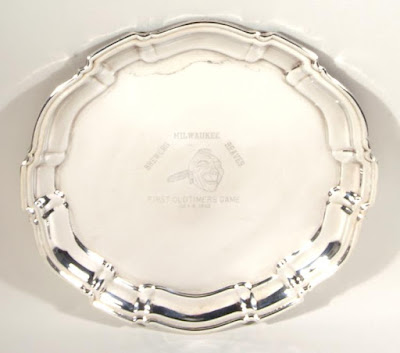 I've always wanted to own a stadium seat, but I really would like one with Peoria or Cubs ties. I bet The Lost Collector could find room in his abode for this beauty. 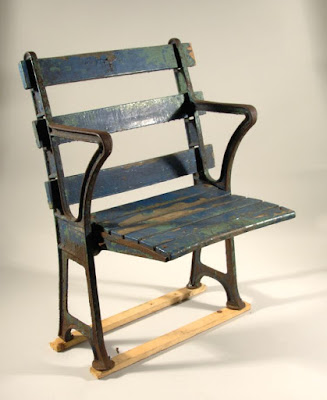 Sorry, Zippy Zappy.  The auction site didn't have any Yankee prospect memorabilia, just musty old vintage-type stuff that you wouldn't like.  Rest assured though, if I found a superfractor of your boy, LUUUUUUIIIISSS, I would spend the dough!

My friend Jeff could surprise his George Brett crazed wife with his hat and flip-down sunglasses.  That's pretty cool! 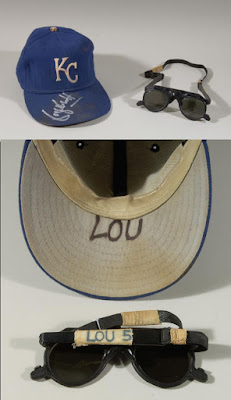 Lastly, I found something or my little sis!  "A League of Their Own" is one of her favorite movies and this is something I think she'd really like. 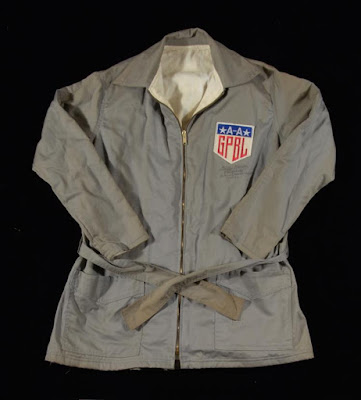 Unfortunately, I don't have an extra million dollars just laying around.  But it is fun to look and dream about!
Thanks for stopping by and happy dreaming!
Posted by P-town Tom at 11/11/2015 06:56:00 PM