Lots of pictures of cards and a little commentary for scoring purposes. Zippy Zappy is famous for his Zappings and they always provide some tremendous cards which always fit right into my collection.

Here are the contestants: The Zippy Zappy pack is on the left and a pack of 2012 Panini Triple Play is on the right. 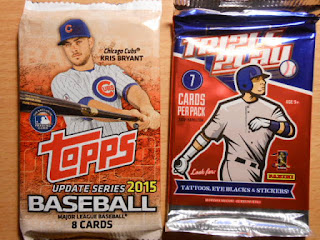 I finished my master set of 2012 PTP earlier this year so these will all be duplicates, which puts the ZZ pack up early: 1-0. 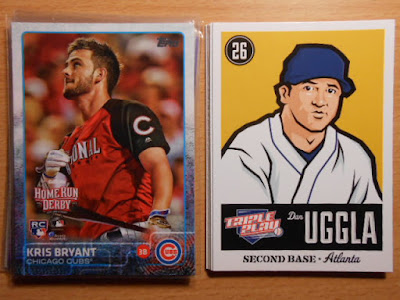 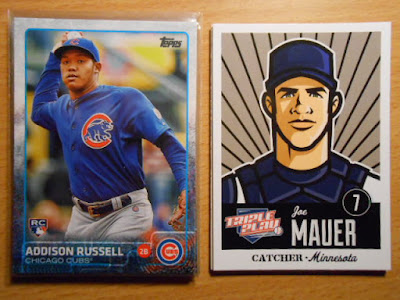 Addison versus Joe Mauer. I think Mauer's contract is going to be an albatross for the Twins before too much longer.  Russell?  Yeah, keep doing your thing at the league minimum. 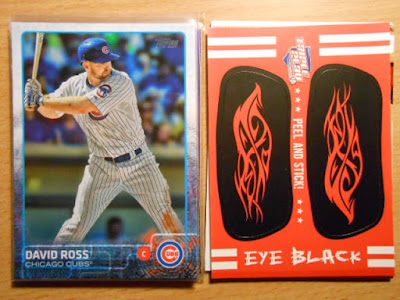 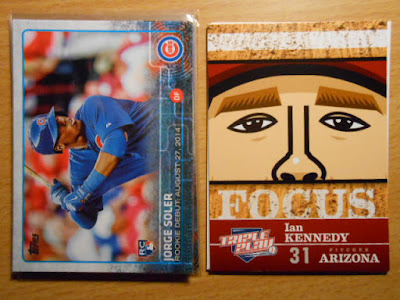 Woo-Hoo!  Jorgie!  I don't know if likes being called Jorgie, but that's what I've been doing lately since hearing Maddon refer to him that way.  I like the FOCUS cards, but I like Jorgie more. 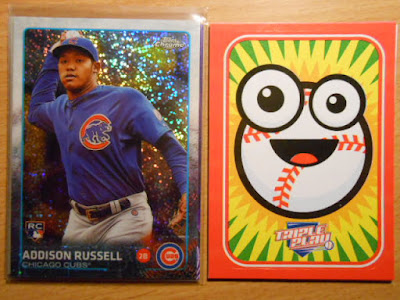 Shazzam!  That's my second Chrome Update card and it's a beauty!  The sticker is, um, bright.  Again, no contest. 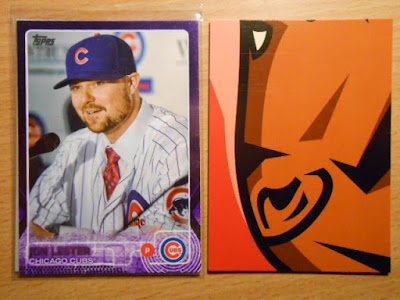 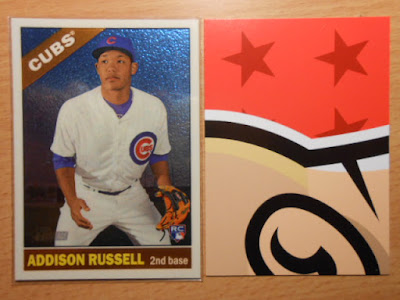 Zippy Zappy has won every pack war on this blog, so it's not exactly a stretch to say a win was expected.  But, it's always nice to pad the shutout column in the stat ledger.