Yesterday I received a PWE from Jim, the brains behind garvey cey russell lopes.  I vaguely remember picking up a Bill Russell auto for him at a card show in Iowa early this fall. He returned the favor with some Cubs cards!

I didn't know Ryne had a Topps 1st Home Run insert card.  I don't know if this is from Series 1, 2 or Update, but I'm willing to bet on Update by looking at the rest of the package.  Regardless of prior knowledge, this is my 785th Ryne Sandberg card in my collection.  I'm slowly creeping in on another milestone! 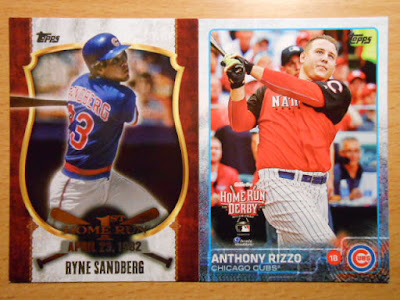 I've discussed the above Rizzo card before.  I didn't like the first one I received from the blogosphere, and I don't know that I like this one much better. Plain and simple: Anthony is wearing way too much red for my tastes.

I'm really excited to add some more Update Cubs to my collection.  In about two months I'll be at the Cubs Convention in Chicago and these cards will make the trip. 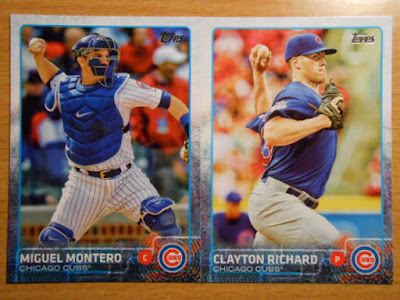 You never know when you'll be in the same elevator as Miguel Montero and need a card of him wearing Cubs blue!  Additionally, the Clayton Richard card is the only card in my collection with him wearing a Cubs uniform. 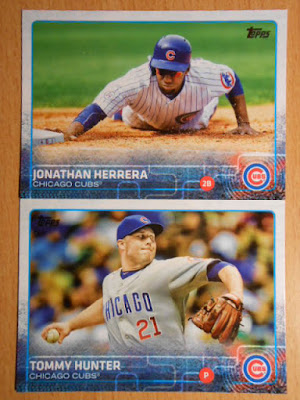 I believe Herrera and Hunter are both now free agents, but they could be brought back with the club between now and the Convention.

Woo-Hoo!  Another Soler card for my collection.  Theo!  Do NOT trade Jorge! 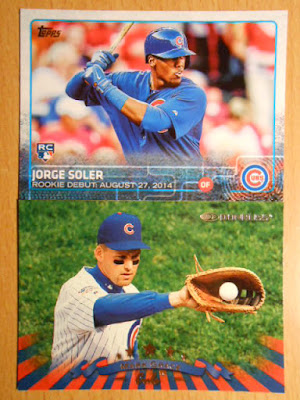 The Mark Grace card gets some love on the blog because he led all major league players in total doubles hit in the decade of the 90s.  (My head is full of useful useless information.)