A Pack of Heritage High Numbers to Scratch the Itch 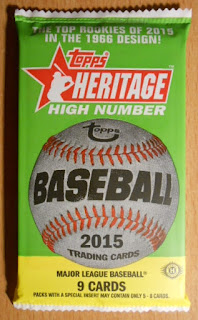 The first step to recovery is admitting you have a problem.  At least that's what I have been told.  I figure buying on $3 pack is better than buy a box at $60, right?

Well, let's see if I get luck and find the Dexter Fowler I need or maybe another David Ross?

Cards one and two: 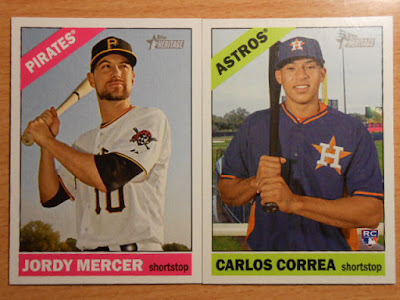 Jordy Mercer is no Carlos Correa.  Carlos stays in the collection and Jordy will Walk The Plank.

Cards number three and FIVE in the pack: 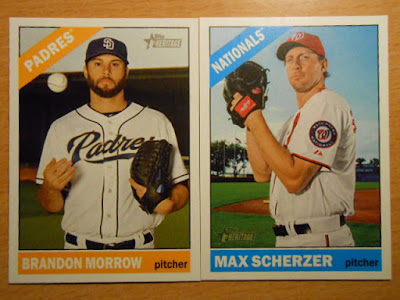 That's right, I'm skipping card number four and you can't do anything about it. The Scherzer is a short-print, so that's a win, right? 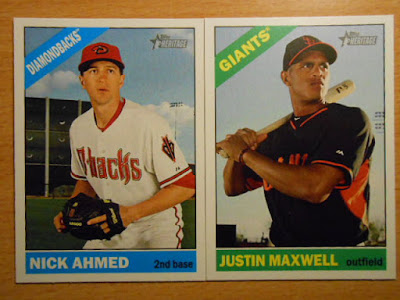 And the last two cards in the pack, eight and nine: 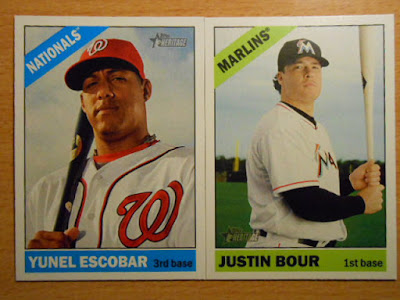 Yunel Escobar versus Justin Bour?  Bour is a former Peoria Chief.  Justin is easily the third best card in this pack after the Correa and Scherzer.

It's even better than card number four: 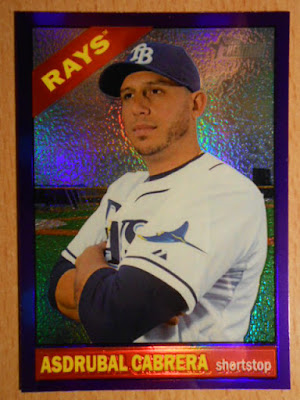 It's a purple refractor and it's not numbered. It's really nice to look at, but I'm not an Asdrubel Cabrera fan and Rays are tough to get rid of within the blogosphere.  Sigh.  Any takers?