Hits!  The Colossus had yet to unload the big guns and at close range it started lashing out at me with hit after hit.

The first one that struck me hard and knocked me on my arse.  It was a beautiful right cross in the form of a Billy Williams manufactured logo card from Upper Deck... you know, back when they had a license. 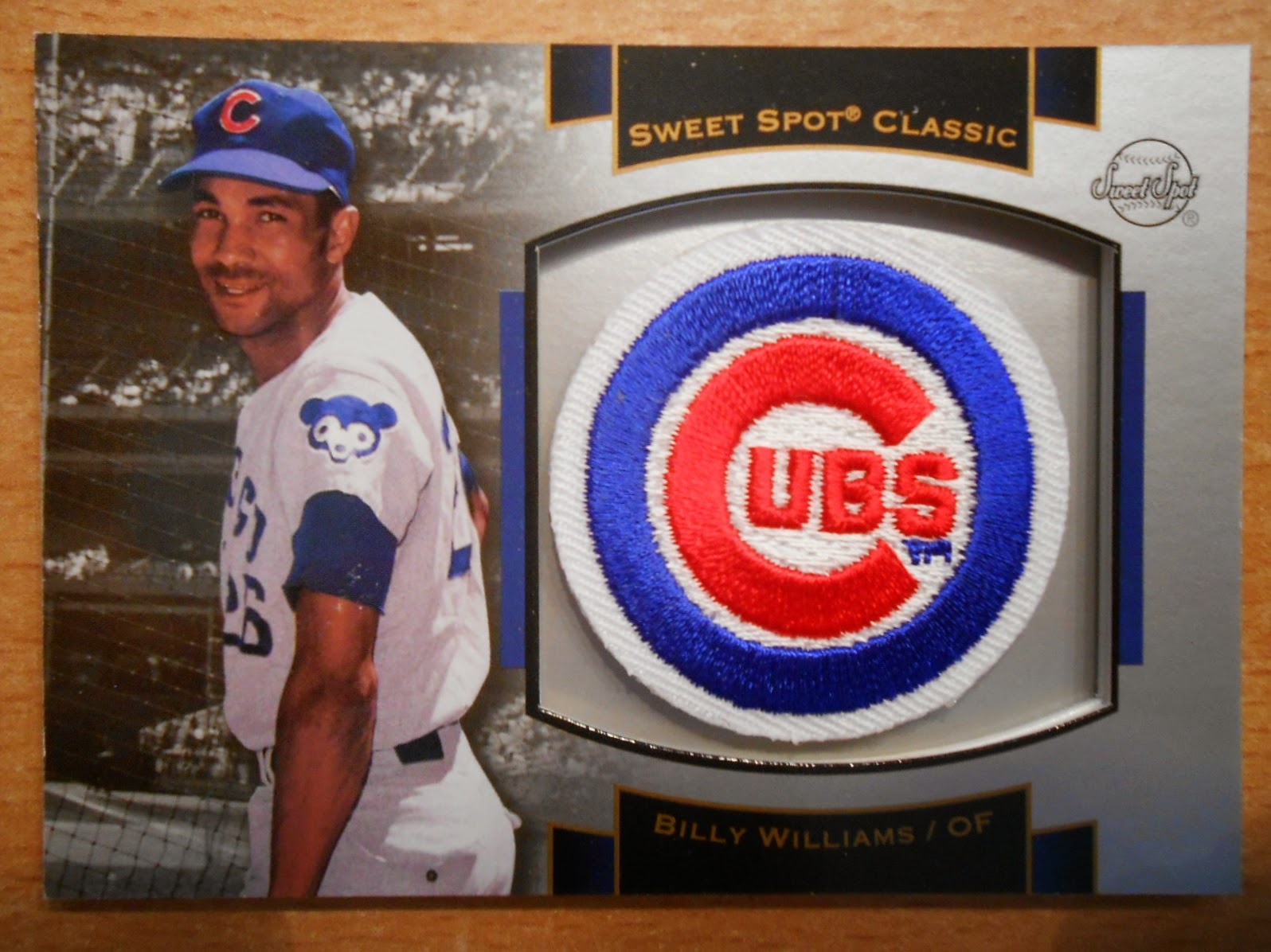 It's a great shot of Billy hangin' out by the cage and it easily one of the thickest cards in my collection.

Next, a left upper cut connected and the result was a pair of blue eyes.  Not black, blue as in the Cubby-blue uniform tops. 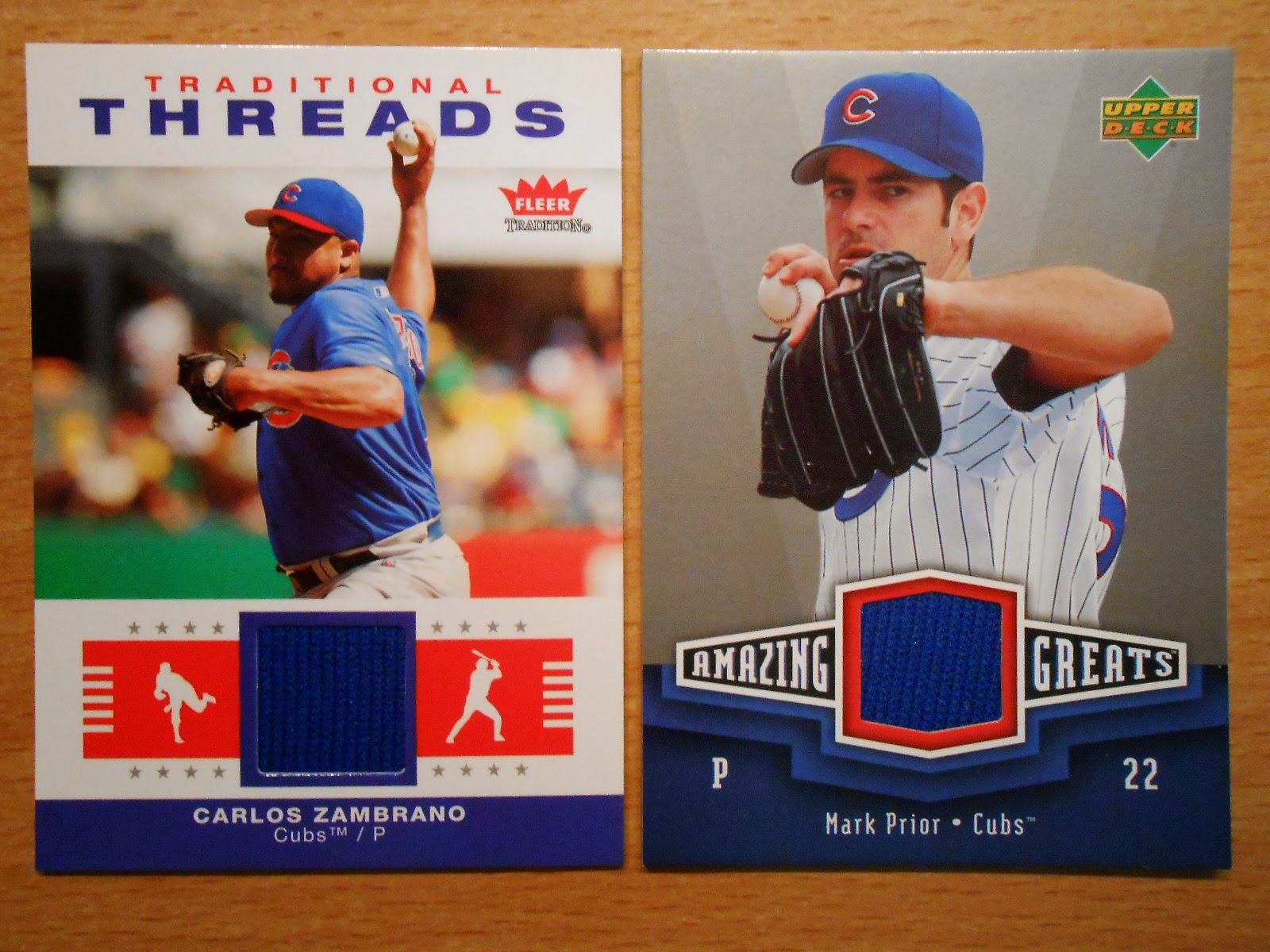 I could hardly see straight and the monster was delivering body blows at a fierce rate.  Hit after hit after hit. 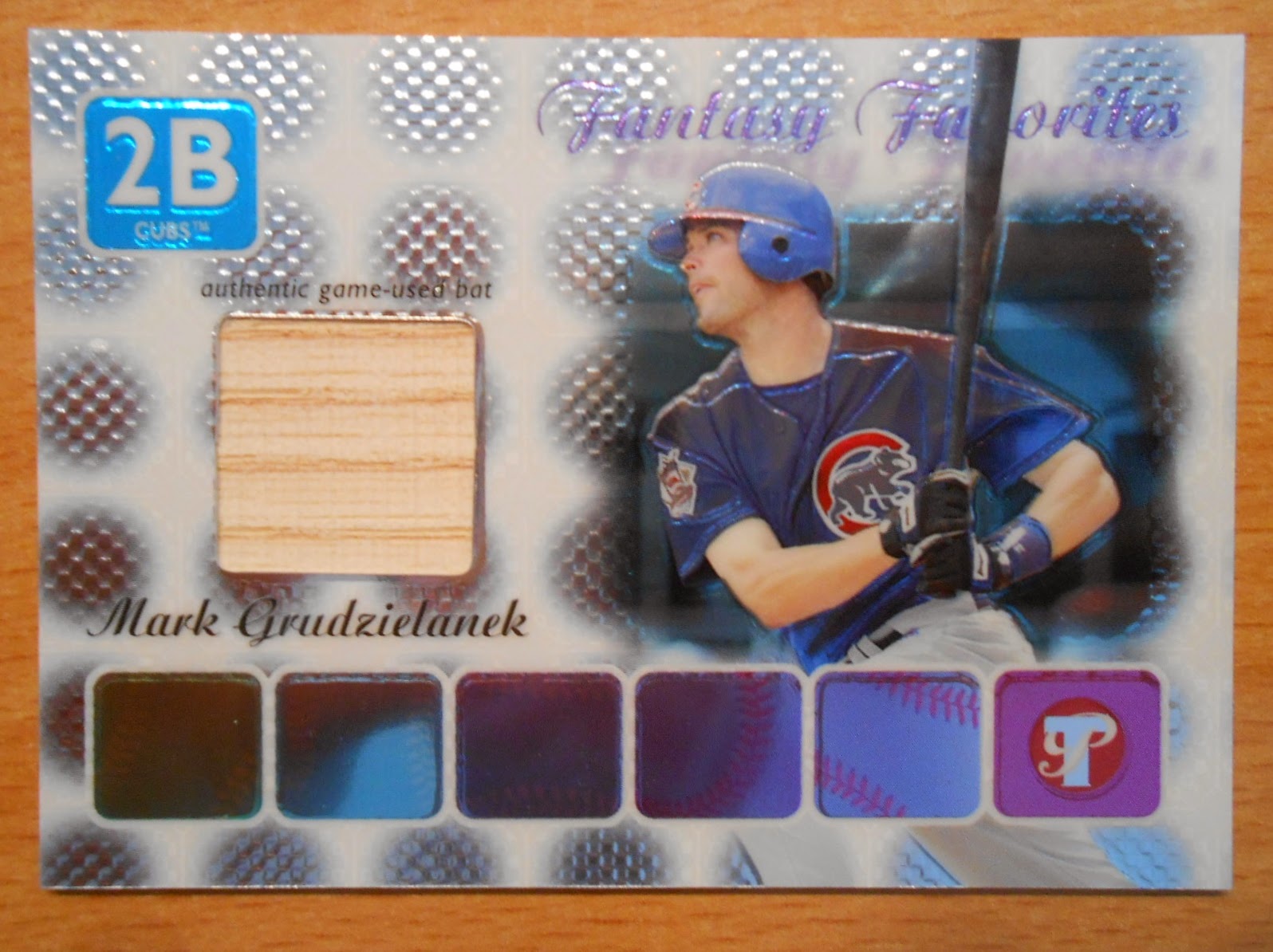 Mark Grudzielanek was one of my favorite players when he came up with the Expos and I was beaming with joy when he donned a Cubs' jersey later in his career. So Shiny! 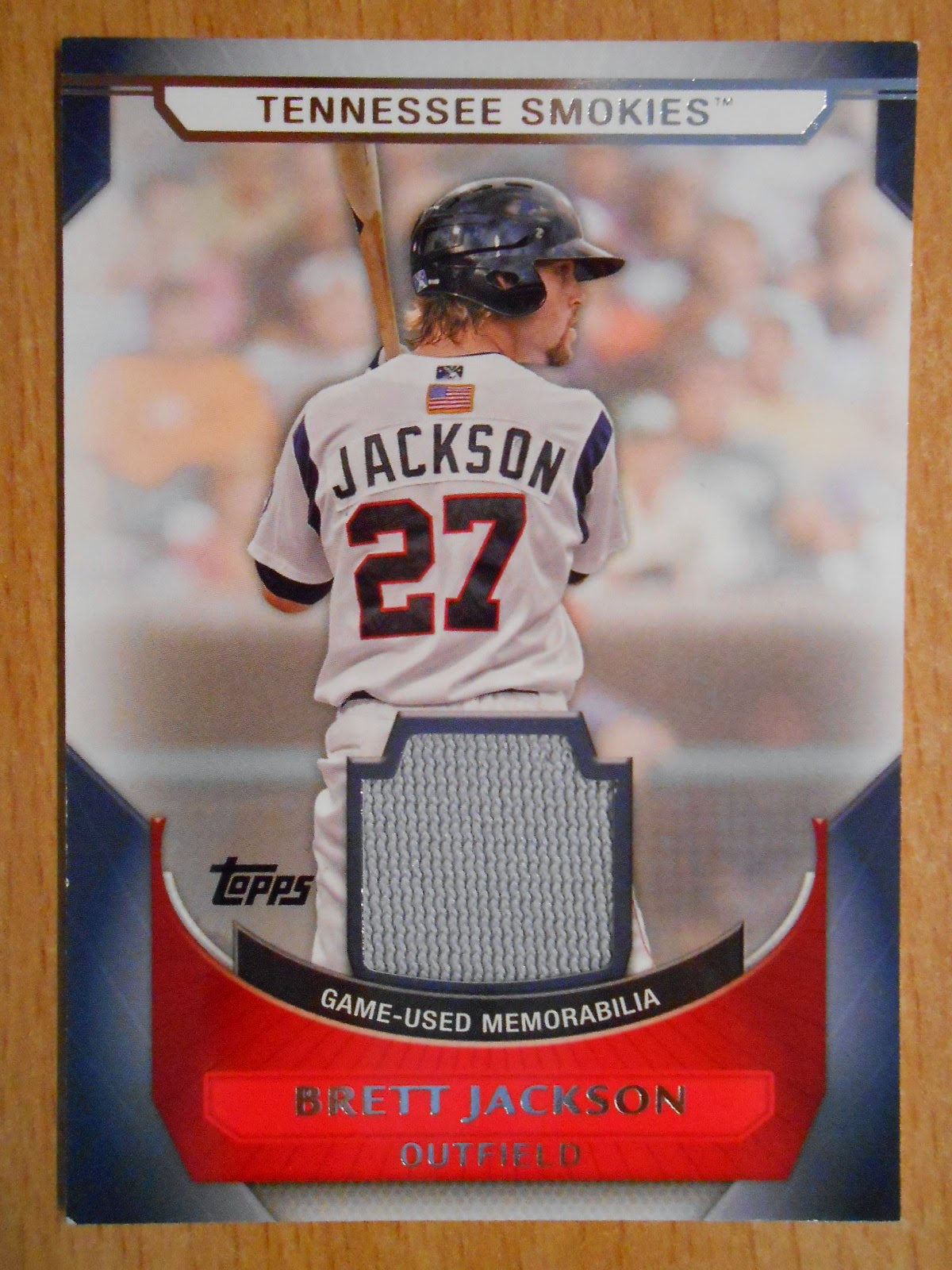 Brett Jackson, the owner of a 40-man roster spot, and the most forgotten of the #1 draft picks who is still playing within the Cubs' system.  (Apologies to Josh Vitters.)

More madness!  Gray away swatches and players in the home pinstripes! 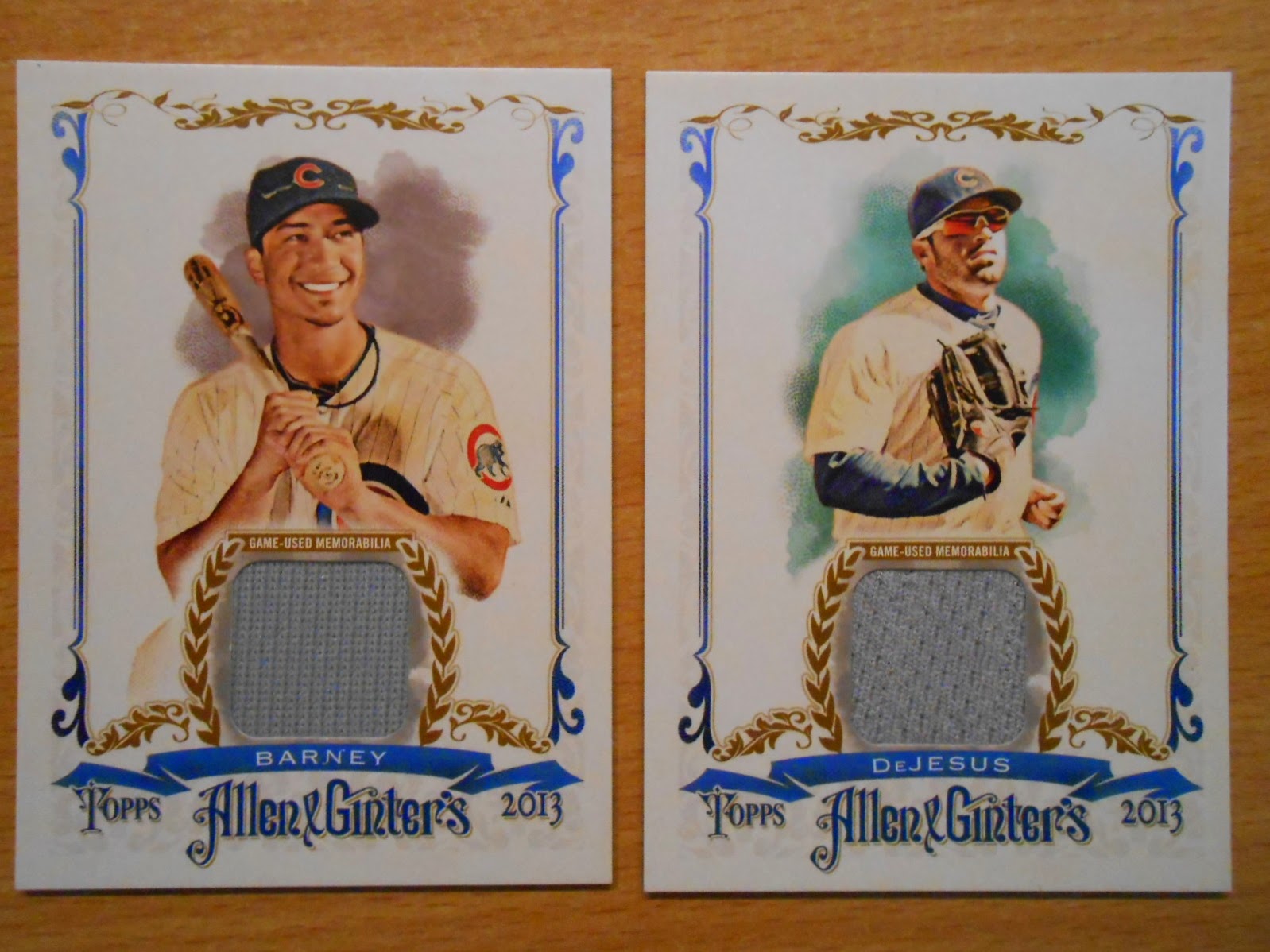 You see, the Colossus wasn't interested in only bashing my body but it wanted to warp my mind!  Would the madness ever cease? 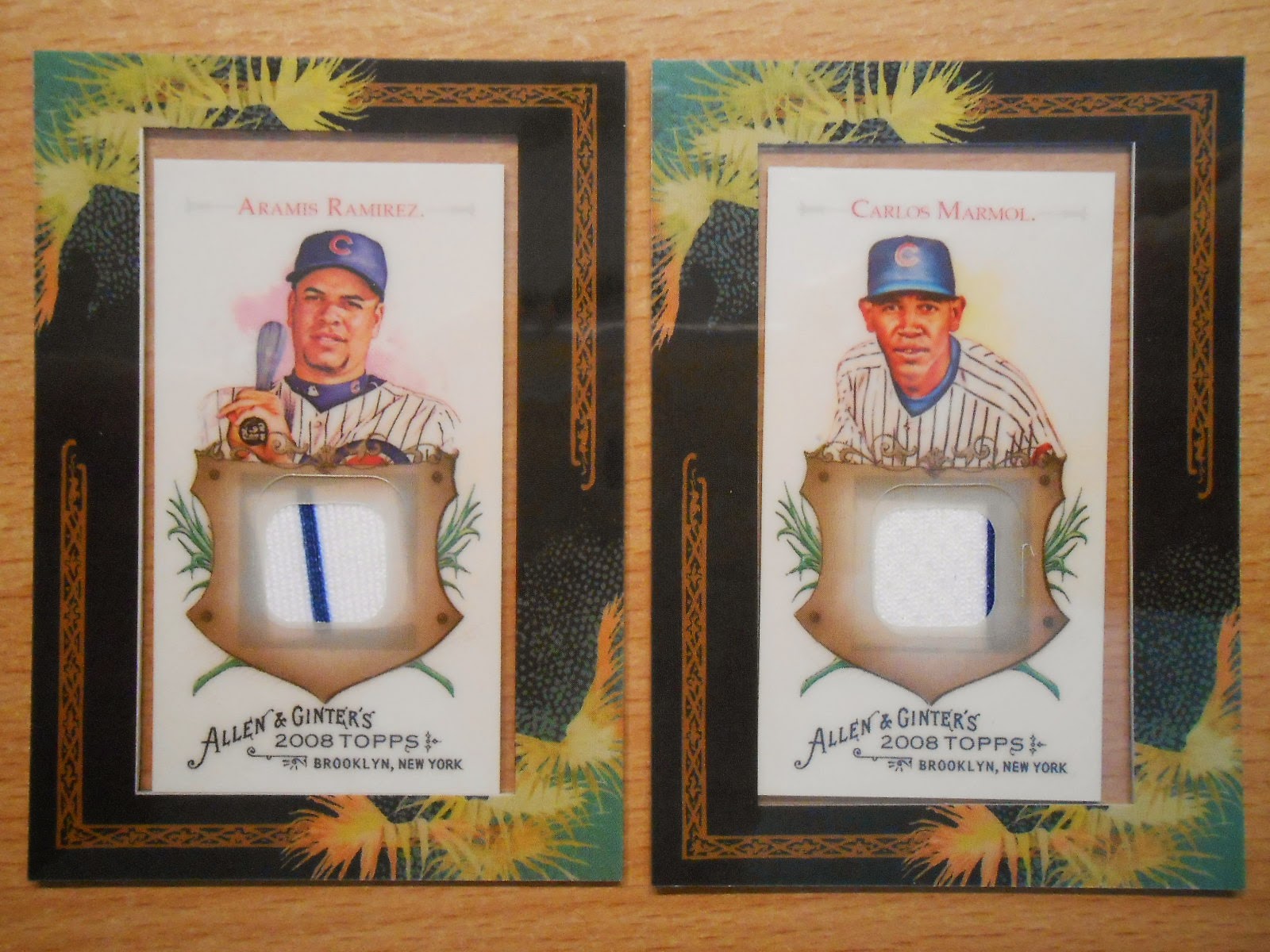 Ahhh... much better.  A couple of player poses paired with the perfect pinstripes.  With this moment of sanity I was able to rebuke the Colossus' advances and we were back on even ground.

Then it emptied its bag of hits and tried once again to best me with mismatched jerseys and swatches. 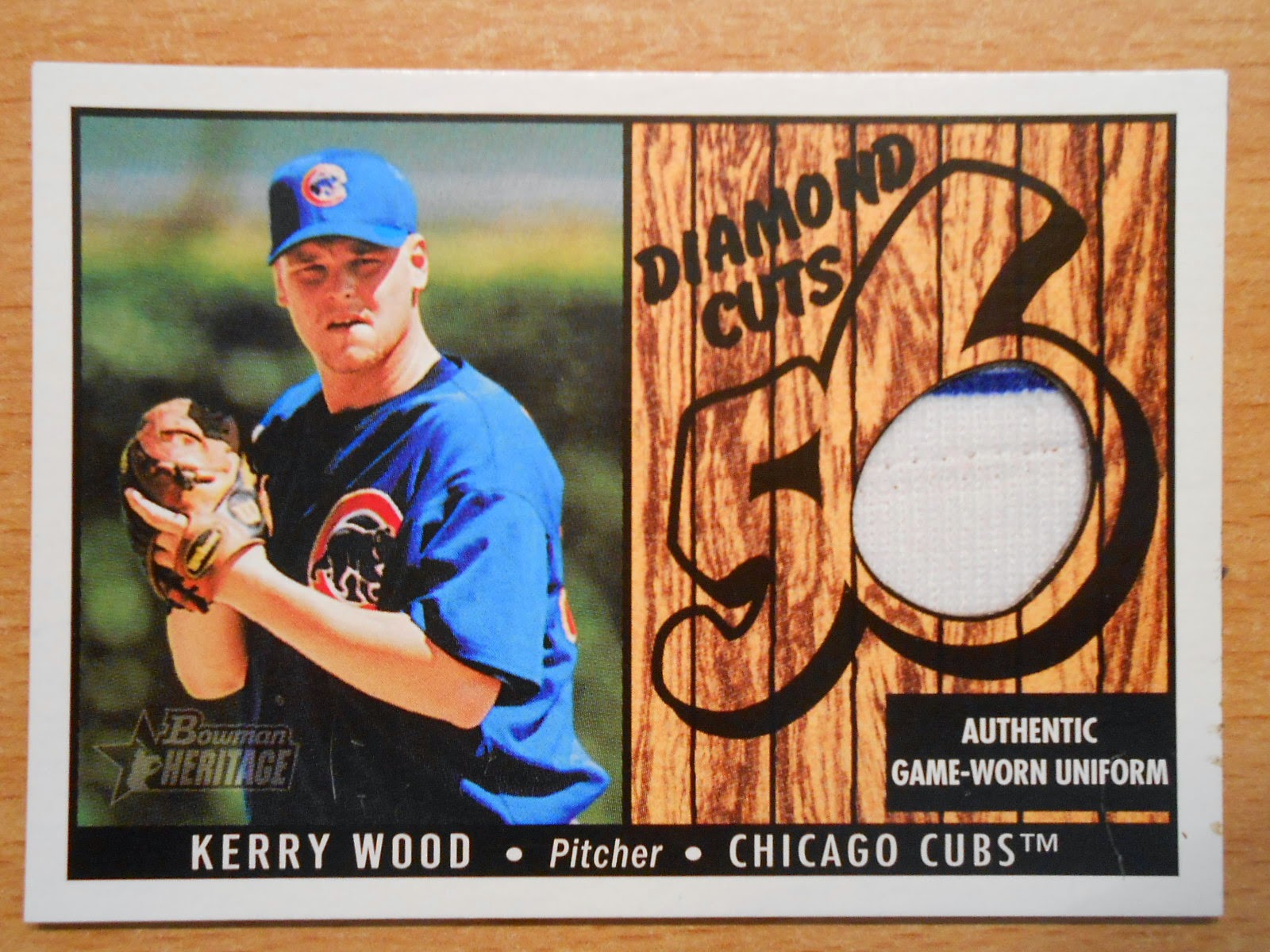 Little did the Colossus know that it just fed my ever-growing Kerry Wood collection.  It was playing to my strengths!

I once again had my feet under me and I was ready to put the beast down...  but it wouldn't go without a fight!