I was searching for Cubs on Listia last week and a Michael Jordan card popped up.  Somewhere within the description of the card my favorite team was mentioned.  Odd, but I didn't mind.

Next thing you know, I've won the auction and he's now in my collection next to my '91 Upper Deck White Sox card that so many of you probably know (see #4 in this post from a fellow blogger).

Pretty sweet card in my opinion. 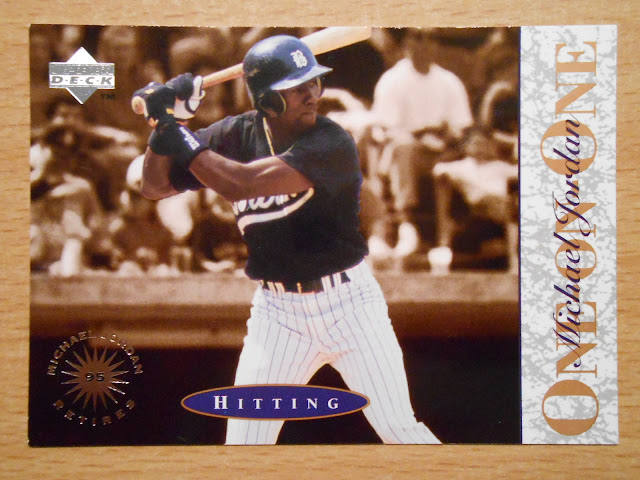 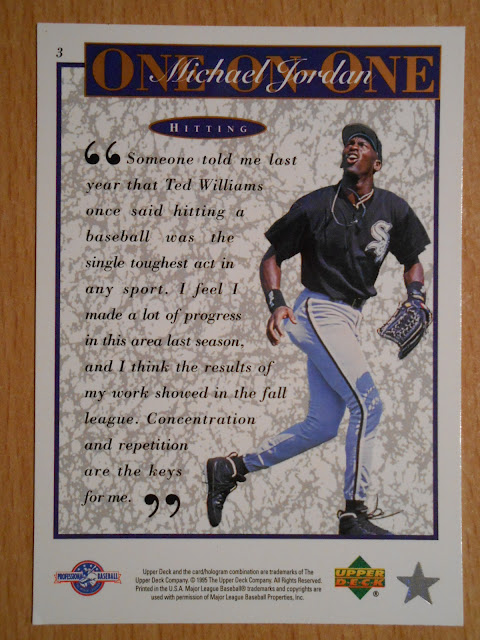 I like the "One-on-One" concept of the card.  Besides, Michael's minor league stats weren't much too look at.

It would have been cool to see what MJ could have done had he started a career in baseball much earlier than age thirty-one. Given enough repetitions at an early age I'm sure he could have made the majors on merit.  After all, he was a heckuva athlete.