I try to hold myself to collecting only one baseball card set each year.  This year I'm going to complete the 2012 Topps Archives set.  I'm not sure if I'll chase all of the insert sets, but definitely the base and all of the Cubs.

I already have one 24 pack box in my possession and another is on it's way.  To kick things off I picked up a blaster the other day and just ripped open the eight packs in front of the Cubs game.  They were losing by two runs by the time I finished opening the packs, but have since tied the score now that I've left the room to download pictures and write this post.  Perhaps there's a lesson to be learned here?   Heck, I won't return to the television for the rest of the game if it helps them break this ridiculous 10 game losing streak!

From the eight packs, of eight cards each, I pulled 9 Yankee and NOT ONE Cub.  Yuck.
Here's the haul. 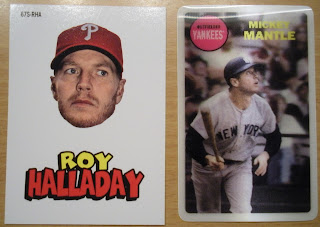 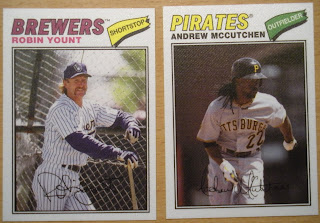 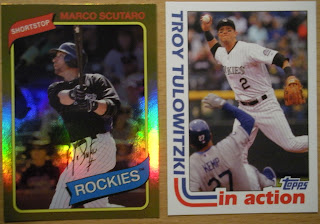 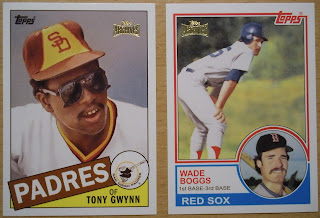 Two short-printed cards of an '82 Bill Madlock and '92 Jim Abbott: 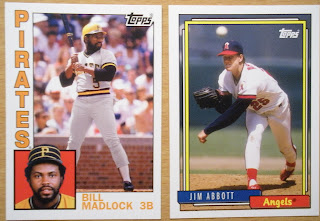 Lastly, a couple of base cards that took the sting out of not pulling one Cub.  Jackie Robinson and Roberto Clemente are two of the all-time greats I wish I could have seen play in person.  These would be two cards that I wouldn't mind pulling duplicates of down the road.  Kudos to whoever in the Topps design department worked on that sweet looking Robinson. 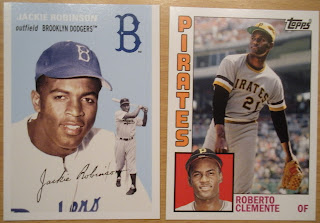 Stay tuned as I try to build the set!  At some point I'll get a "want list" and a "for trade" list up on the blog as well, but I'm waiting on my second box to arrive first.