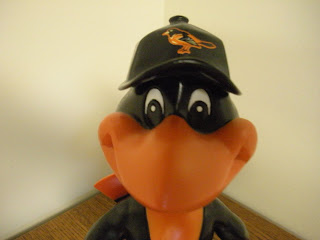 Relevance:  The Oriole Bird is the oldest bobblehead in my collection.  I attended an Oriole game at Camden Yards back in summer of 2002-ish and the O’-Bird commemorates that trip.  That game in Baltimore also marked the 4th different major league ballpark that I had visited: the first three were all “local” (Wrigley, Old Busch Stadium, and Old Comiskey Park).
How Acquired: My friend Jeff visited one of those Mastercard tables on the concourse at the ballgame and signed up for a credit card that he never intended to use.  His “prize” for signing up was the bobblehead.
Other Notes: There was a time in which the Oriole Bird bobblehead was affixed behind the back seats of Jeff’s car so that he could wave through the back window to the cars that followed Jeff as he drove.  I’m not sure how long the bobblehead kept that position, but eventually Jeff retired him and gave him to me.  He has a good home now and doesn’t have to work for a living anymore. 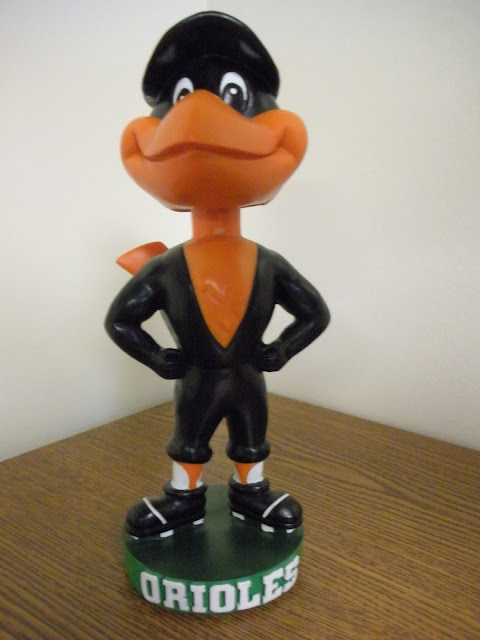