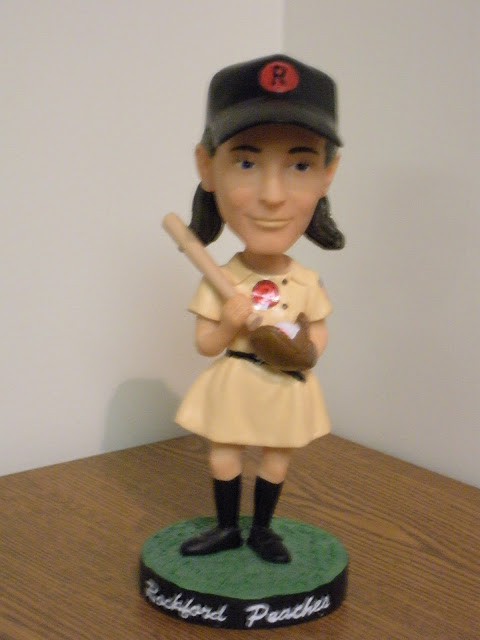 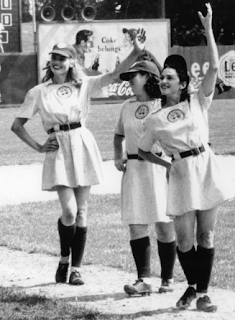 How Acquired: This bobblehead was a gift from my sister.  My sister is a big fan of the movie “A League of Their Own”, which features a team that hails from Rockford known as the Peaches. She picked it up in Rockford during a visit to the Peaches' Museum.
Other Notes: I also possess a bobblehead of a player from the Peoria Redwings, another female baseball team from the 1940’s and 1950’s.  The Redwing bobblehead, a promotional giveaway from the Peoria Chiefs, is not featured in the countdown.
For the record, if this particular Rockford Peach was a character from “A League of Their Own”, like Madonna, Rosie O’Donnell, or Geena Davis, then this bobblehead most certainly would have ranked higher.