I really hate sticker autographs and I really like logos, which can be problematic when you have a pair of cards which would otherwise be categorized as surefire mojo. So, let's examine two of ROCK SHOULDERS certified autographed cards from 2013 and maybe you'll see what I mean. 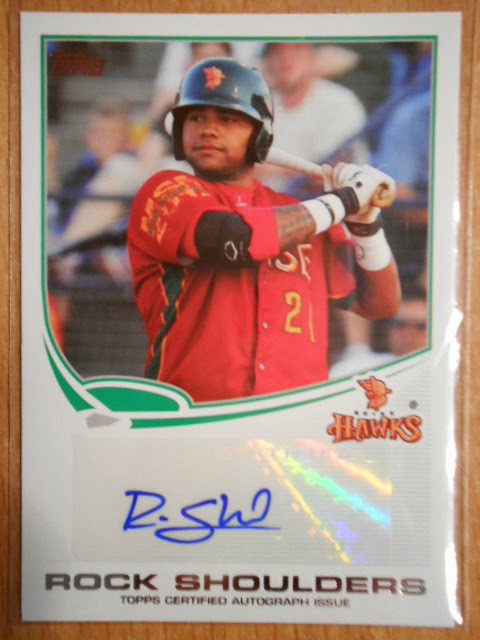 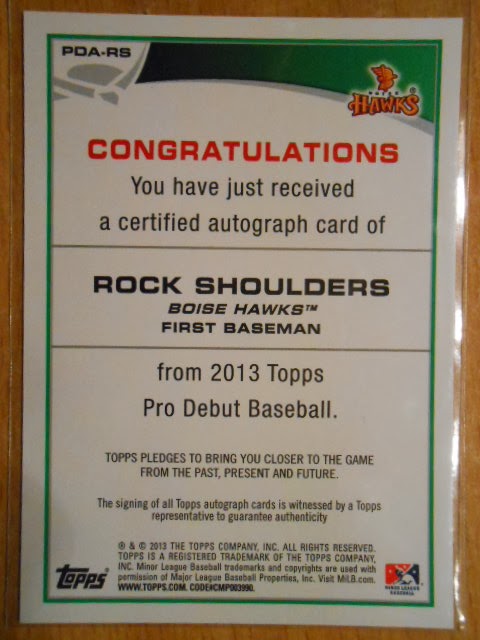 Above we have a Topps Pro Debut sticker auto of ROCK.  Again, I don't like sticker autographs.  It just seems like Topps is taking the easy way out or is too lazy to do it right.

The back?  Meh.  Boring, bland, bleck.  I know I just received a Topps certified autograph card, because the front already told me.  C'mon, Topps.  Seriously.  Step up your game.

How about Panini's effor from it's Draft Picks set? 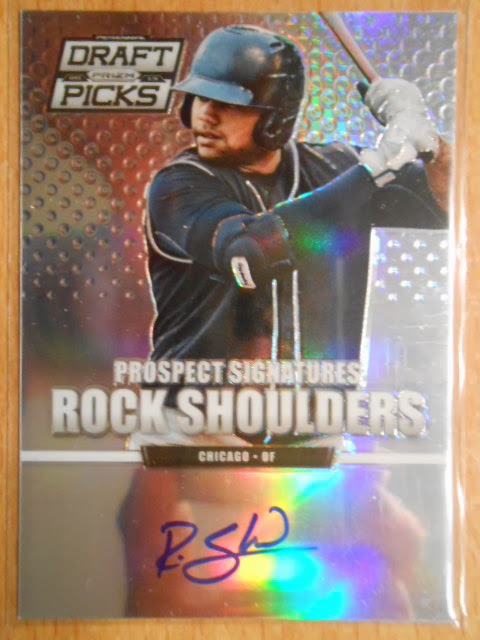 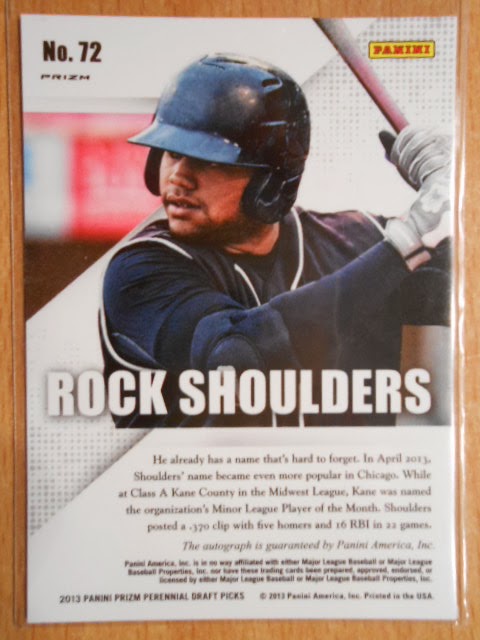 Well, it's shiny.  I like shiny.  So shiny in fact you can see my hand reflecting over the bottom of the card as I took the picture.  But right in the middle of my reflected hand is a nice on card autograph.  Score! Yet, this card is missing the logos.  Kane County not only has huge lettering on its jerseys, but it also sports a rather large Cubs logo.  Neither are apparent after Panini's art department got a hold of Mr. SHOULDERS' picture.  Man, I wish Panini had a MLB license.

The back? We have the same picture as the front, but we're also given a blurb about awesome ROCK SHOULERS is.  I'm not sure if it's large enough to read, but it says, "ROCK SHOULDERS doesn't read scouting reports, he stares down the pitcher until he gets the information he wants."  Yeah, ROCK SHOULDERS is the man.

So, which would card would you rather own?
A. Topps sticker autograph with boring back
B. Panini's logo-less on card auto with more entertaining back

Please leave a comment to let me know which card you like better.  I may even send you a ROCK SHOULDERS card for your troubles.  Every one needs a card of ROCK SHOULDERS. 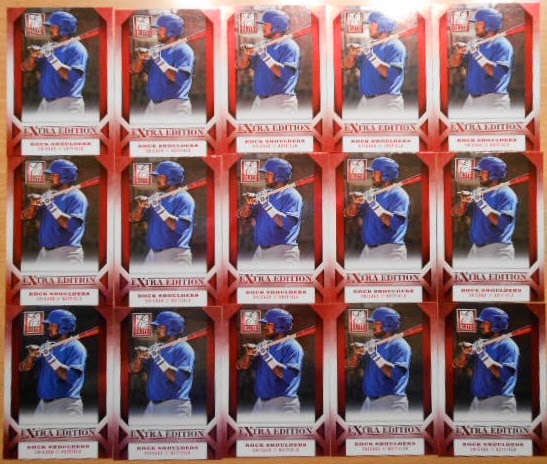