A Contest and My Best Listia Win to Date 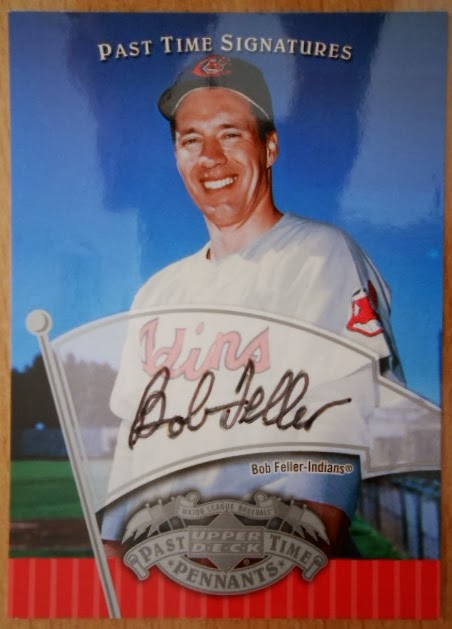 I won't beat around the bush on this one.  We all love cards of Hall-of-Famers and we all love autographs of players.  When I can sell something of little importance to me on Listia and turn the credits into a certified autograph of Bob Feller, then I'm pretty ecstatic. 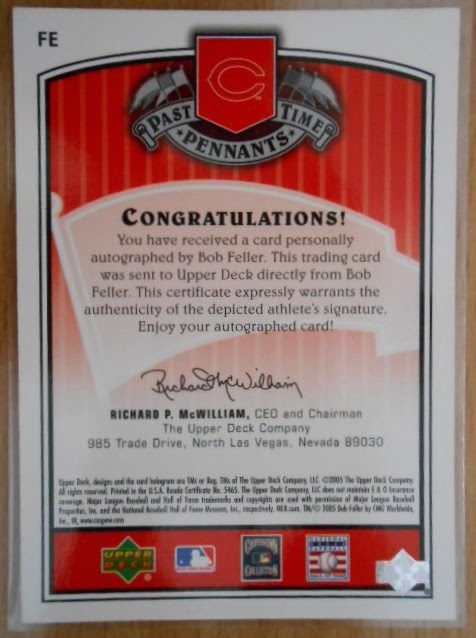 I've been to the Bob Feller Museum in Van Meter, Iowa, and it was a great way to spend an hour or so.  I wanted to pick up an autographed card while I was there, and they had plenty, but I couldn't convince myself to drop the coin at the time.  I'm glad I waited, because this Listia win certainly fills that void and then some.

Now for the contest.
Correctly guess the only other non-Cub, certified, on-card autograph of a Hall-of-Famer in my collection.  Leave your best guess in the comments, but make it a good one because you only get one until the next round.  If no one guesses correctly within the first hour, then I'll post an update and offer another hint to help the progression of the contest along.

I figure this should be a nice little contest to stir things up around the blogosphere, it'll give me something to do while I prepare for my fantasy baseball draft, AND I'll finally be able to show off my other autographed HOF card that I've been sitting on for a few years.